Dumbed Down? Why Reading the Bible Is so Elusive—Yet so Vitally Important 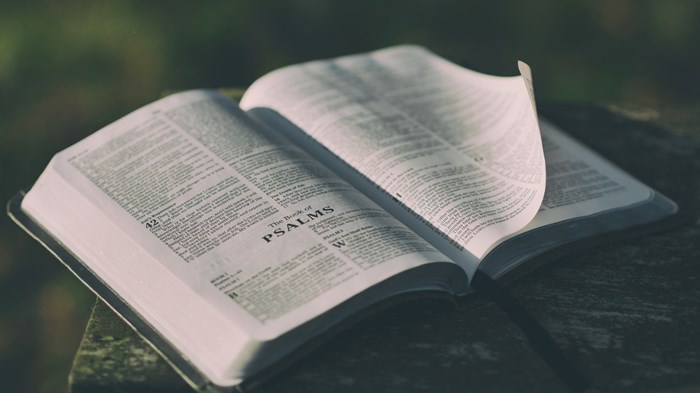 Image: via Creative Commons
This past Saturday was the second program of my new radio show called “Ed Stetzer Live” on Moody Radio. The program will air live every Saturday at 11 a.m. CST across Moody affiliates. This past Saturday, I talked with Beth Moore about Bible study and the practices of Americans and their Bible reading. You can listen to it here. You can also find us on twitter at @edstetzerlive. Below I share some my own thoughts on this issue.

Every Tuesday we will be posting an article that ties in with my Moody Radio show I hosted the Saturday before. Join me this coming Saturday as I talk with Rick Blackwood, Lead Pastor at Christ Fellowship Miami, about the power of multi-sensory preaching and teaching.

According to a study done by LifeWay Research, nine out of every ten households own a Bible. That’s a pretty considerable subsection of the American public. After reading this, I went home to see how many my family owns and found a total of eight sitting on one shelf alone; this doesn’t count the number of Bibles I have in my office at the Billy Graham Center.

I thought to myself, “That’s a lot of Bibles!”

Despite the fact that most Americans could likely walk around their homes and count more than a few Bibles dispersed throughout, only one in five Americans have actually read the Bible in its entirety and more than half of Americans (53%) have read merely a smattering of passages to none at all.

This begs the question: Why are people choosing not to engage with Scripture?

Bibles don’t just fill our homes; they fill our discourse. Many living among us have testified to the many ways that the Bible has changed their lives. Some public schools teach from it as an important, civilization-shaping piece of literature. In places where religious persecution runs rampant, many around the world have even died to protect it.

The same LifeWay study shows us that for the most part, this is not the case either.

Well, the LifeWay Research study refutes this, too. People aren’t avoiding Scripture out of ignorance. Pastors across the country, 86% to be exact, regularly include Bible reading reminders in their Sunday sermons.

In an effort to explain this phenomenon once and for all, LifeWay Research surveyed Americans asking them: Why have you not read the Bible more?

Some of the excuses provided by individuals for not spending time in scripture range from the usual “I don’t have time” to “I don’t read books” to “I don’t prioritize it.”

But by far, most respondents (35%) in this survey actually selected “None of the above” as their response.

Americans unwillingness to select one of the answers offered in this survey brought me to a compelling realization: most people aren’t spending the time in Scripture that they feel they need to, but most of these individuals don’t really know why they don’t read the Bible—they just know that they don’t!

It’s not that they don’t like it or know that they should read it; they’re choosing not to for reasons that remain ambiguous even to their own conscience.

But while the reasons Americans so often allow other things to get in the way of Scripture reading seem unclear, our need for God’s Word is not.

So, what does this mean for us and how we live? Well, first and foremost, it means that as Christ followers, we need to choose to engage Scripture both intentionally and frequently for the three reasons listed here:

It’s the inspired Word of God

God used fallible, fallen, imperfect people to write the Bible—it’s true. But these people wrote the Bible without error under the inspiration of the Holy Spirit.

Second Timothy 3:16 tells us that, “All Scripture is God-breathed and is useful for teaching, rebuking, correcting and training in righteousness.” The contents of Scripture were not arbitrarily created and constructed by random men—they were the very words of God written directly to us, his followers.

It is because of this that Scripture is so powerful in affecting such dramatic change in the lives of people centuries later.

Chuck Colson put it this way: “The Bible’s power rests upon the fact that it is the reliable, errorless, and infallible Word of God.”

Despite its popularity today, the Bible was written thousands of years ago. Over the course of centuries, it’s been read, copied, translated, and interpreted by hundreds of millions of people and yet it endures.

In our modern age of moral relativism—where right and wrong are matters of mere opinion—having something that’s inspired by God and thus true across historical contexts changes everything.

Culture shifts, laws are created, and public opinion sways with the breeze, but amidst these changes, Scripture stays here and it stays true all the time.

In John 8:31-32, Jesus is speaking to his disciples saying, “If you hold to my teaching, you are my disciples. Then you will know the truth, and the truth will set you free.” The truths found in Scripture truly do set us free from the changing tides of the relativistic culture we so often find ourselves immersed in.

People so often say, “We want to make the Bible relevant to our culture!” To these individuals, I say: “Guess what? It already is!”

If we believe the Bible is true, then it’s just as true now as it was for Christians living thousands of years ago as it is for us today. Since God’s word is relevant to people living in every time, context, and geographical place in history, our job is not to make Scripture relevant, but instead to help others see how relevant it already is.

Scripture conveys essential truths about who God is, who we are, and how to remain in right relationship to him. It also helps us as we seek to relate to the communities and cultures in our midst.

Living intentionally as salt and light on this earth won’t happen on accident; believers who remain in the Word are able to bear witness to Christ’s love more so than they ever could apart from its guidance.

And so, as lovers of God and his Word, may we live as Christians who don’t just collect Bibles, but actually read them.

Dumbed Down? Why Reading the Bible Is so Elusive—Yet so Vitally Important

Dumbed Down? Why Reading the Bible Is so ...