From Maternity to Puberty: Why Salvation Is Always Going to Be Something of a Mess

If salvation can be compared to birth and puberty, then salvation is always going to be something of a mess.
Sam Kim 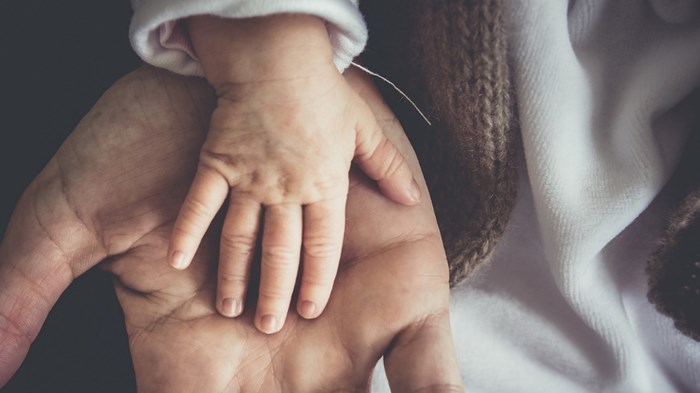 I was a skeptic once, although not about religion. God wasn’t a mystery just yet, but girls certainly were. In the third grade, I became convinced that those long-haired aliens must have crashed into earth’s orbit from a galaxy far, far away.

I then heard the most absurd thing in Sunday School: God created Eve to be a helper! This was entirely contrary to my experience, because none of the girls I knew were at all helpful. They even refused to join in our daily burping contest at recess, calling it gross.

And so I struggled with my first bout of agnosticism. Maybe God had made a mistake. “Helper? Not in a million years!”

My skepticism lasted until the sixth grade, when, ironically, my incredulity was instantly transformed into idolatry. It was befuddling. I learned that a 10-year-old boy was no match for the power of puberty even though I had a greenbelt in karate.

I, who had once scoffed at the very idea of love, was now at its altar. My sweltering agnosticism turned into Jell-O-pudding and I found myself undone. From then on, my whole reason-for-being was split into two simple functions: (1) getting a girlfriend, and (2) everything else.

With the wisdom of hindsight, I learned that my assumptions in third grade said more about my ignorance than about the laws of human nature. This is how I went from being a skeptic to a worshipper.

Likewise, many in our culture today are going through a similar voyage in their faith journey. We might call it a “passage through spiritual puberty,” except they just don’t know it yet. Jesus said on one occasion that we must be born again spiritually to enter the kingdom of heaven, and on another, he said that we must become like little children.

This is both good and bad news for the church, but mostly bad. If salvation can be compared to birth and puberty, then salvation is always going to be something of a mess.

To continue with the analogy, evangelism then becomes more like changing diapers and counseling defiant teens than anything else. And perhaps this is why the most powerful image of the heart of God can be found in the parable of the prodigal son.

The faulty attitude the church has towards evangelism today is the result of a theological distortion that divides the church and the world into an “us” and a “them.” Perhaps this is the result of identity politics, or perhaps it is because of the tribal thinking that permeates our culture today.

It is certainly not biblical. The prodigal son narrative presents no such dichotomy. The characters are certainly different and conflicted, but they’re still part of the same family. What then can we do? How can we reframe those theological distortions that are influenced more by tribal thinking than by the heart of God?

First, let’s embrace the gospel vertically. By that I mean trying to see the gospel from the perspective of heaven. When we go first to our Abba, our theological vision is realigned, and our ministry praxis is reoriented. The gospel according to God is vastly different from ours. The Father does not categorize.

There are no liberals or conservatives, blue states or red states. There aren’t even Christians or atheists. He sees only Lost and Found. These are the only labels that heaven counts. What do we count? How do we keep tally? Does it reflect Abba’s heart, or something else?

No. We called out his name until we found him. Similarly, from God’s perspective, evangelism flows organically from relationship. There is no other way the gospel can make sense.

The gospel requires an emotional response; it’s not a moral obligation. This is why sometimes doing evangelism can feel plastic and cliché: instead of looking for lost family members, it feels more as if we are repeating lines from an infomercial. We should be engaging others around the gospel because our hearts are changed and we are compelled to do it out of care for others.

God calls us by our names—not our political affiliations, religious beliefs, or by our favorite ice cream favors. It is only when we begin to embrace the gospel from a vertical perspective that the us-verses-them divide dissolves and a love for God’s family is reborn.

Second, let’s embrace the prodigals as they are and where they are. My 11-year-old son ran away from home for eight hours recently because we had grounded him indefinitely and taken away his iPhone. He protested that the crime did not fit the punishment. It was an infinite consequence for a finite offense, he complained.

Yes, he is a bit of a smart aleck, and yes, we’re working on it. In a loosely parallel case, Luke tells us in the parable of the prodigal son how the younger son asks for his inheritance before his father passes away. This is the Jewish equivalent of wishing your father were dead so that you can have his money.

Let’s not have a fit every time the world acts like the world and behaves like a bunch of rowdy teenagers. I haven’t met a teen who hasn’t rebelled against their parents or challenged their authority. Then why do we think spiritual adolescents would be any different? We can arduously study apologetics or even perfect our gospel pitch, but the problem is not just our theology, it is our ontology.

The lack of congruence between our values and our lives end up imploding our witness.

My son really changed after he came home. He said he didn’t expect to be embraced by my wife and I, both of us in tears. He expected a scolding and judgment.

When he received kindness instead, he knew in his heart that there really is no place like home. The point is that if we can begin to see prodigals as spiritual adolescents, then perhaps we can begin to embrace them as they are and where they are. Adolescence is disorienting and awkward. There are a lot more questions than there are answers, and spiritual puberty is just like that.

Rev. Dr. Sam D. Kim is Co-Founder of 180 Church NYC, a community joining God to restore the beauty in all things. He is Postdoctoral Fellow-Scholar at Harvard Medical School Center for Bioethics. He is a recipient of the Lifelong Learning Fellowship at Yale Divinity School and Yale School of Medicine, which aims to to close the gap between faith and science, and is awarded by the John Templeton Foundation and American Association for the Advancement of Sciences. He is married to his college sweetheart Lydia, Dad to Nathan & Josh and best-pals with his dog Brownie. Learn more: www.samdkim.com

From Maternity to Puberty: Why Salvation Is Always Going to Be Something of a Mess

From Maternity to Puberty: Why Salvation Is Always ...