How Christian Leaders Should, and Should Not, Speak in This Kavanaugh Moment

How can we spiritually lead our people struggling to respond in a culture charged by political polarization and fed a diet of cable news and social media?
Ed Stetzer 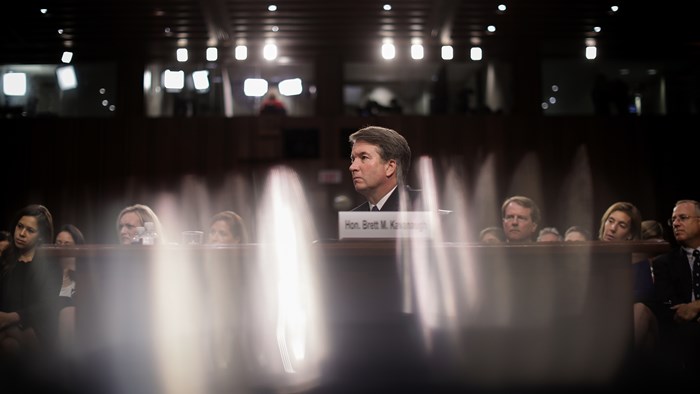 It’s not new. In fact, to some it may be getting so disturbingly ‘normal’ that they have tuned out.

This time we are dealing with accusations against Supreme Court nominee and judge Brett Kavanaugh. At a time when the dam continues to break on decades of sexual assault and harassment allegations, the political import of the nomination has taken an already challenging issue and supercharged it with political tribalism.

The result is that many church leaders are unsure how to respond. Yet this is precisely the time when pastors and ministry leaders need to stand with courage in leading their people.

The question is: leading them to where?

So how do we respond? Or, for that matter, should we?

Scrolling through my twitter feed, I see a nation and church divided. Do we speak out on issues such as the accusations against Judge Kavanaugh or in defense of his accusers, Professor Ford or Deborah Ramirez?

Or do we keep silent?

How can we spiritually lead our people struggling to respond in a culture charged by political polarization and fed a diet of cable news and social media?

Let me share just a few considerations for church leaders navigating this issue.

First, you don't have to say anything, and that may be the right decision.

We live at a time that unless leaders instantly respond to current events on social media, they are hiding or ignoring the issue. There is a sense that we have to speak into everything. The truth is we just don't.

You are not a senator. You are a Christian leader. You have a calling to lead your congregation, not to comment on the news. Don’t demean the importance of the former in favor of an impulse towards the latter.

Honestly, what you say about it, one way or another, simply will not make that much of a difference to the vote. However, it may make a difference in your ministry.

For cases when you believe it is necessary to comment, don't buy into the public pressure for immediate reaction. So often things are unclear when news is emerging and we should be cautious of speaking in absolutes.

A deliberate word spoken in due time is infinitely better than a hasty word spoken simply to have the appearance of being culturally engaged. At the same time, be careful of those who use the excuse of “getting all the facts” to disparage or discredit those who come forward with accusations of sexual assault or harassment.

We must, in our desire to not rush to judgment, hold in tension the accusations and the presumption of innocence as simultaneously legitimate.

Conversely, silence is never an option when the accusations or incidents occur in your church or organization. When ministry leaders remain silent in response to the needs of their own people, they are abdicating their obligation to shepherd God’s people with wisdom and courage. They are, as Jesus describes, hired hands who desert the sheep at the first sign of trouble.

And, if the message your church gets from your comments today is that you will mock or dismiss accusations of assault, that’s a message you must not send.

Second, remember that we tend to defend those we support.

If you follow me on social media or know me in person, you know that I tend to be politically conservative. I’ve supported Judge Kavanaugh in writing because I want a conservative Supreme Court. The Atlantic magazine made it clear, quoting my words and support. So, it’s been clear where I’ve stood in regard to the nominee.

But we must always remember how these political biases can shape our reactions, sometimes in ways that subvert our witness and leadership. Right or left, if your immediate reaction is to overlook accusations against politicians you support or to revel in accusations against those you oppose, you need to consider how political tribalism is shaping your worldview.

Put another way: I do, indeed, have an opinion here. But, more important than my opinion in this situation is my responsibility to my congregation. My community comes before my opinion if I am truly a Christian leader.

Instead, we must strive to look past partisan lines when it comes to issues as serious as this.

We need to develop relationships with believers of different communities and politics and then listen first instead of jumping to conclusion. When we do not, our defenses or indictments of public figures are far more likely to be based on our own personal biases.

We must remember that our (and my) impulse to look past the criticisms or faults of our allies can provoke rather than solve difficulties. We’ve seen in the church with the recent example of Willow Creek Community Church, where the failure of leadership to respond effectively to accusations against Bill Hybels caused untold damage. The elders later confessed—all resigning—because their impulse to defend one they supported overwhelmed their need to hear someone from outside.

So recognize that you have biases, assess how they have and continue to shape your thinking, and develop relationships that can help you engage these blind spots.

And, then decide how (and if) you need to respond, considering that impact on your congregation and community.

Third, know that women—and men—in your church are listening and watching how you react.

The church is in uncharted territory as we respond to accusations of sexual impropriety both in and out of the church. So much of this is good and long awaited as sin that had been covered and ignored is brought to light.

Yet there is still so much confusion in the pews and pulpit and no simplistic answer is going to solve the problem.

The women—and men—in your church are looking to you to see how to respond to the news. Sadly, too many are intimately familiar with sexual assault and with how little is done to support those who have been victimized.

This cannot be the case for us as believers. Whether with the accusations against Judge Kavanaugh or in any other case, the allegations must always be heard and taken seriously. President Trump, Kavanaugh, Ford, and Ramirez have all called for an investigation. Yes, there has been debate as to how that is done, but you can (and should) say that all such allegations need to be investigated, in government, church, or wherever.

That’s just common sense. And, you can (and should) say that if you are going to speak.

That does not mean that allegations are simply accepted as true, but they are taken seriously. The accusations need to be heard and considered.

And a quick note on jokes related to issues of sexual abuse, harassment, and the investigation of such: they are NEVER appropriate. In the past few days I’ve seen too many as I scroll through my social media channels. People are taking these very serious subjects too lightly, and it’s time to stop.

Even if you don’t take part in these jokes, it’s important to ask yourself if your silence is helping. You don’t need to get all the facts to know that these jokes are foolish and hurtful to those who have survived sexual assault. Allowing them to go unchallenged hinders the cause of Christ and your integrity as a leader.

Finally, dig deeper for your sake—and the sake of others.

If you haven’t yet, check out all the posts related to #whyIdidntreport. It’s heartbreaking and this is just the tip of the iceberg. There are still countless numbers of people in the church who haven't reported.

When those burdened with this hidden hurt and shame read how people are responding to the allegations against Kavanaugh with jokes and insults, it further solidifies their belief that they can’t share their own stories and that they can’t have the healing and restoration that the gospel offers and that we profess to preach.

This is horrifying to me, and it should be to you, too. If one member in any of our churches has a story they cannot feel safe sharing, we have failed as leaders.

If your words this week cause people to be less confident to come to you in an assault crisis, your words have added to the pain of others— regardless of what Judge Kavanaugh did or did not do.

In the case of Judge Kavanaugh and others, due process should always occur. And, in the church, during that time of due process, both the accused and the accuser should be ministered by the church.

We need to follow that due process now and always. No one should have their name raked through the mud. This goes for pastors as well. There should be a process. If someone brings an accusation, we must take this accusation seriously, but make sure to hear all sides. By doing so, we help ensure due process.

So dig deep. Be patient. Learn. Pray and ask God to give you an impartial heart that allows you to lead well and care for your flock. Only then will we model Christ to our world, and to those under our care.

Your flock needs you. Remember that they are the ones you are responsible to. Don’t disappoint them with casual and flippant comments that undermine their trust in you and the church.

If you are intersted, I talk more about engaging difficult topics well in my new book, Christians in the Age of Outrage. You can pre-order that now at Amazon.

How Christian Leaders Should, and Should Not, Speak in This Kavanaugh Moment

How Christian Leaders Should, and Should Not, ...