What does it look like to reclaim God's rich vision of humanity in a world that is increasingly asking what it means to be human?
Ed Stetzer 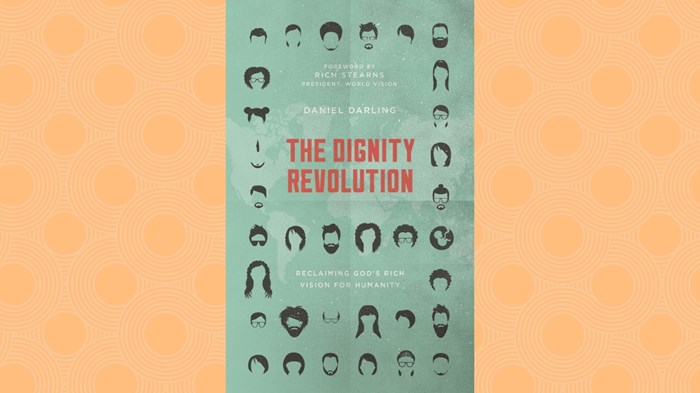 Image: via danieldarling.com/Canva
Today, I am glad to welcome Daniel Darling to The Exchange to discuss his new book The Dignity Revolution: Reclaiming God's Rich Vision for Humanity. I’ve known Dan for years and his love for people (and for Chicagoland) is well known. I’m glad to host him today.

Ed: What compelled you to write a book on human dignity?

Daniel: I’ve always been fascinated by the way the Bible describes the creation of human beings. While Moses describes God speaking the rest of the natural world into existence, he slows down his narrative in the first two chapters and describes the crafting of humanity in vivid and artistic language.

God sculpted humans from the dust of the ground and breathed into them the breath of life. King David tells us in Psalm 139 that every life is crafted with care in the mother’s womb.

I also think this is an important time for Christians to reclaim this rich vision of humanity in a world that is increasingly asking what it means to be human and in a world that sees daily assaults on human dignity, from abortion to war to the way we treat immigrants and refugees to the discussions about the end of life.

Ed: What exactly does it mean that humans are “created in the image of God?”

Daniel: Well, there is a lot of mystery here, so even in a book like this, we are only scratching the surface of what it means. However, we do know that to be human is to, in some way, reflect God in the world. I think this has two meanings.

First, it means every human being has value and dignity, above the rest of the creation, because we bear God’s image. Even in a fallen world, sin has corrupted the human experience, turning us against each other in violence, but it has not removed our value. Our dignity is not diminished based on our capacity or even our choices.

Second, to be created in God’s image means we have responsibility. We were created by a Creator to create, to reason, to love, to fill the earth with his glory. In a sense, the gospel message is telling people that they were created by a loving Creator, have been separated from their Creator by sin, and in Jesus, who came to earth as fully human, can be reunited to God and restored to their original, image-bearing purposes.

Ed: So most Christians probably affirm this idea that humans are “created in the image of God.” But what do you think we often miss?

Daniel: Today, we are tempted, like in any age, to ignore the humanity of certain groups. So, for instance, conservatives like me have done a great job of standing up for the most vulnerable among us—the unborn—and telling the world that there is a person here who deserves life and dignity. And yet we are often guilty of not seeing that same dignity, that same humanity, in immigrant or refugees or in our conversations about race. At the same time, liberals often (rightly) see the dignity of the impoverished or of the immigrant or refugee, but cannot or will not see the humanity of the unborn.

A robust vision of what it means to be created in the image of God should push us out of our tribes and toward an ethic that speaks out and acts wherever dignity is being assaulted, whether its in the womb, on city streets, below the poverty line, or at the border.

Ed: There is an ongoing discussion today about the nature of the gospel—whether it involves gospel proclamation or the social gospel. How does a well-formed view of human dignity inform this debate?

Daniel: If we really believe that all people are created in the image of God and if we really obey Jesus’ commandment to love our neighbors as ourselves, we won’t be forced to choose between gospel proclamation and the social gospel.

We communicate the gospel by telling people that they’ve been alienated from their Creator and can be reconciled to God through Jesus’ life, death, and resurrection, urging people to repentance and faith.

And we illuminate the gospel by our acts of mercy and compassion. If we really take seriously what the Bible says about the unique dignity of every person, we should want them to both know Jesus and to experience flourishing that recognizes their dignity.

Besides, Jesus doesn’t let us choose. He urged people to repent, because the kingdom of heaven is at hand and he demonstrated what the kingdom of God looks like by his acts of healing and restoration.

If the church is the outpost of the kingdom of God, then we show the world a tiny glimpse of what is to come by moving out into the world and coming alongside the most vulnerable.

Ed: How does a view of human dignity change our rhetoric? Has social media dehumanized our discussions?

Daniel: I’m not anti-technology and anti-social media. In fact, technology is one way we image our Creator. We were created to create. Technology is a way of subduing the earth. But in a fallen world, our creative acts can be corrupted.

Social media has done many good things, elevating previously marginalized voices, connecting people in previously unimaginable ways and allowing us to spread the gospel around the world in efficient ways. But it can also be corrosive to the way we talk to teach other.

God cares not just about what we say, but how we say it. As we make arguments in the public square, as we engage in robust debates in our democracy, we should always remember that we are arguing with humans, not avatars or objects.

Social media, in some ways, removes some of our humanity. This is why it is easy for many to have a ‘keyboard courage,’ saying things to people online they’d never say in person. We don’t see the humanity of the person on the other side of Twitter. But we should remember that the person we most vociferously disagree with is a person made in the image of God, who deserves dignity and respect.

This is what James is getting at when he cautions against the poor use of our tongues (or fingers), reminding us that even our opponents are humans (James 3:9).