'Fascinating' and 'terrifying' are the words that come to mind when I think about my experience of being recorded for days on end.
AJ Smith 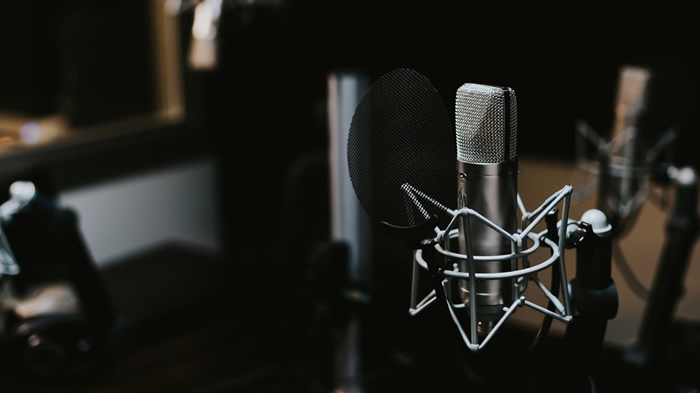 Image: via Creative Commons
AJ Smith, church planter and Lead Pastor of Restoration Church in Philadelphia, was recently featured on StartUp, a podcast about entrepreneurs. They looked at what church planting looks like and AJ was the start up church they folowed. Below, AJ reflects on the experience and what he learned.

I recently had the pleasure of being shadowed by an ambitious young journalist named Eric, and his omnipresent microphone. He works for Gimlet Media and produces “StartUp,” a secular podcast with over one million listeners. When Eric decided to focus on church planting in the show’s latest season, I mysteriously and unexpectedly became the subject of the show, along with my wife and the people of Restoration Church—the church I pastor.

As the season aired, I waited silently, hoping that there would be no pressing reason to write or say anything in response. However, I received emails and messages from listeners daily (and unfortunately read the Reddit threads about the show) so I am now overdue to give a thoughtful response.

I thought the season was excellent.

A secular podcast about business startups endeavored to cover the otherwise unseen world of church planting. I knew what to expect. I knew they would imperfectly explain what a church is and how it functions, and I knew they would emphasize the business underbelly of churches, to many people’s discomfort.

Also, months of recording were compressed and edited into less than three hours of content. To be clear, I love Eric Mennel and the whole team at Gimlet. With that said, I want to reflect on my experience with the podcast through three articles.

First, I’d like to talk about the rewards of this experience, followed by a discussion of the risks of entering into this process. Last, I’ll offer some final thoughts on church planting.

Fascinating and terrifying are the words that come to mind when I think about my experience of being recorded for days on end. Fascinated that someone is interested in the details of my life and terrified for the same reason. Vulnerability comes with a lot of risk, especially when you trust someone else with your story.

On a number of occasions, I have told my church that the rewards of being vulnerable outweigh the risks, and even after this experience I still believe that. Even with some of the misunderstanding that exists, I still describe my experience with StartUp as a beautiful gift that strengthened me and is forever available for my revisiting.

The reason I can speak of this podcast with such endearing language is because it gave me the gift of perspective.

Someone once said, “When you’re in a story, it isn’t a story at all.”

That’s true for all of us.

We’re stuck in our skin, with our issues, and mostly in our own heads. We don’t easily see the larger story in which we participate. Most days, I’m discouraged that I haven’t changed. “I’m still the same person that I was 10 years ago,” I often say. Additionally, life in ministry just isn’t as much of an adventure as I thought it would be. To be honest, it often feels like my efforts, prayers, sermons, and outreaches aren’t really accomplishing much at all. I love what I do. I think I have the best job in the world. But I’m often unconvinced that God is doing much through our church or me.

However, for five Fridays this summer my wife and I stood anxiously around my phone, as we listened to each new episode of StartUp. Every time, as I heard more of my story from an outside perspective, I realized that my internal narration is merely a small part of the larger story that I didn’t realize I’m part of. That’s the treasure StartUp has given me.

As I listened to the show (every episode was a surprise and a mystery to me!), I was stunned by the fact that God really has been active in my life and is active in our church. My wounds and my weaknesses, which I despise so deeply, are the very things that God has used to keep me dependent on him.

God has carried this neurotic, anxious, introverted, spaced-out kid from rural New Jersey into the role of lead pastor of an urban church. That’s a miracle. Beyond my own personal story, the fact that Restoration Church still exists and is growing, changing, serving, and loving is something I simply can’t take credit for!

While gaining perspective was an undeniable reward of the podcast, I also had to weigh the risk I was taking throughout the process. I ran the risk of being misunderstood, misrepresented, losing church members, support, or funding. Perhaps the biggest risk of all was that I would be portrayed in a way that made people uncomfortable, or even distrustful of me.

I knew that these risks were more than just irrational fears, because I know how people are. I know how I am. I was in a position of representing church planting and evangelical Christianity at large to a massive secular audience, and there’s no way I was going to make everyone (or anyone!) happy.

After each episode, the emails and direct messages started rolling in. And to my surprise, they were mostly positive. People wanted to talk to me and encourage me. They were happy that someone from their ‘camp’ was getting public attention and was “handling it well.” But as each new episode emerged, I suspected that some of those same people became uncomfortable with me.

At the same time, new people who weren’t sure how they initially felt about me, were now sympathetic to my plight. By the final episode, I had reactions from across the board, which fell into three basic categories. The “conservatives” thought I was theologically weak, the “liberals” thought I was hateful toward the LGBTQ community, and those who didn’t fit neatly into either camp said they resonated with my story. These responses reminded me of one of the biggest hurdles for church planters who have donors, members, and curious visitors to whom they must answer: tribalism—namely, the behavior and attitudes that stem from strong loyalty to one's own tribe or social group.

As western, post-Enlightenment humans, there is nothing we want more than certainty. We find safety and comfort in knowing as much as possible about everything. Unfortunately, Christianity isn’t immune to the effects of this cultural pressure.

Consequently, we form into tribes, whose leaders claim to know all of the answers. Our tribes then have gatekeepers who check for buzzwords and red flags to see if we are “of the tribe” or not. Thus, when a pastor is given a microphone and doesn’t give the type of answers that comfort us, we panic.

To be clear, I believe that the death and resurrection of Jesus are the most important events in history. My life and the life of Restoration Church are centered on the gospel. At the same time, I recognize that there are far smarter and far godlier people than myself who have come to different conclusions on various theological issues. I also recognize that my opinions and beliefs have changed a lot over the years.

As a result, I’d feel foolish giving confident answers to every question I’m asked. There are a lot of ways people have understood hell, women in ministry, evolution, or charismatic gifts. Why do I need to decide my lifelong position about each of these issues? Sure, that would make people feel safer. It would save me a lot of studying! But would it really serve the Body to say I’ve got it all figured out, or this theologian or denomination has it all figured out, so let’s just go with them on this issue?

Within orthodox Christianity, there is a breadth of interpretation, tradition, and experience that have influenced the beliefs of Christians throughout history. I want to hear about this. I want to learn from these people. I want to stand with them on the Apostle’s Creed and Nicene Creed and do our best together to discern what the Spirit is communicating. I want to create space to think about the different ways we make sense of the Bible, understand the sacraments, exercise spiritual gifts, practice meditation, and so much more.

However, this kind of talk makes tribes uncomfortable. But in all honesty, the people with the most concretized convictions aren’t the people I heard from the most. The highest percentage of my emails were from a quiet majority who tell me that I’m not alone.

Many men, women, and pastors feel the way I do, but they aren’t allowed to speak up or feel it is not in their best interest to do so. They aren’t safe in their doubts, questions, or “I don’t know” moments. They have signed forms, received money, and retained ordinations and members on an agreement to certain, exhaustive doctrinal standards. For them, tribalism has been the biggest threat to their personal integrity.

There’s a place for discernment. There’s a place for denominational unity. I get that. But I am grieved that there is no place for honest doubts and questions. I grieve the fact that what I’m writing right now is raising red flags for people. I pray that the church can become a place of theological breathing room and safety, even for pastors.

Tomorrow, I’ll share some thoughts about church planting I was reminded of as a result of being on this podcast.

AJ Smith is Lead Pastor of Restoration Church in Philadelphia.

Reflecting on the Rewards and Risks of Going on ...