What if there is a way that every church whether declining, plateaued, or thriving can be truly missional and truly multisite?
Michael Beck 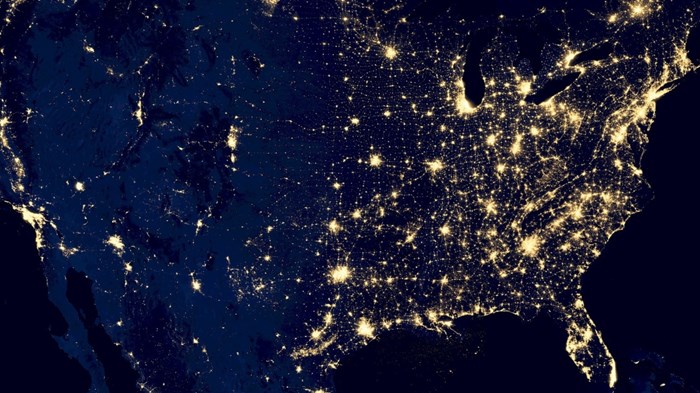 I was excited to see a new article released in Christianity Today titled “Can Multisite be Missional?” by Jeff Christopherson. There were several parts of the article that really resonated with me.

My personal experience with a multisite scenario was very much like the unhealthy model that Christopherson describes. I was sent to a church that was on the edge of closure. It had been declining for several decades. My superior informed me there were three possible outcomes, any of which she would celebrate—God would: 1) close this church 2) revitalize this church, or 3) orchestrate a multisite merger with a thriving mega-church nearby.

It soon appeared that revitalization would literally require a tremendous miracle, so we began to explore the merger conversation. We brought teams from both churches together to discuss the potential merger.

In our first meeting, it became apparent that the focus was not about creating an incubator for the multiplication of the gospel. This was a hostile takeover, a corporate business merger, and we were the ones being bought out! It was clear in this meeting that we were inferior, brought only valuable property to the table, and our best fate would be to give our remaining assets over to the superior church for a greater “kingdom” purpose.

Our staff would be let go, and soon after the transition process was finished, I would be replaced by one of the megachurch pastors on their team.

It was not going to be a symbiotic relationship, but a parasitic one. Think of an alien embryo, who needs to inhabit its host only long enough to destroy it once hatched. Literally, in the words of Christopherson, it was, “Dim the lights, drop the video screen, cue the fog, and voila—you’ve multisited.”

We would be an extension of the superior brand of this thriving megachurch, an odd clone, bearing no resemblance to the context of the actual community.

Needless to say, after a brief period of prayer, our team decided this was not God’s will for our church. While we were small and very broken, we felt the Spirit was stirring something fresh in our imaginations. We held off that hostile takeover and began a process of revitalization through carefully listening to our community. This congregation continues to do exciting things in ministry to this day.

What does it mean to be “missional”?

While I appreciate the possibility of multisites of this variety being “missional,” I struggle with some of the fundamental assumptions. There is no way to shortcut the long slow work of building relationships from scratch. Time is the fertilizer of authentic relationships.

Further, the idea of planting something that seeps out into the community is actually the opposite of being “missional”; The missional church movement operates from the fundamental assumption that God goes ahead of us.

God is already at work in the community; we need to join what God is up to. The Spirit is flowing just beneath the surface of the community in a subterranean kind of way, we look for the life-giving fountains springing up from the ground.

In the Fresh Expressions movement, we speak of churches having four essential characteristics:

Missional: Derived from the term Missio Dei (from Latin for mission of God), understands mission as a primary attribute of God, and the posture of local churches called to fulfill the Great Commission in their local context.

Contextual: Seeking to serve the community in a contextually appropriate incarnational form.

Ecclesial: A full expression of the “church”, not a stepping stone to an inherited congregation.

While there are distinctions, many use the terms missional and apostolic interchangeably, as both describe the sent and sending nature of God and the church. The Latin word missio has the same meaning as the Greek word apostello: sent!

Missional church is apostolic church. I understand this as being sent in the Spirit to be a “withness” among not-yet-Christians in an incarnational way.

God’s missional heart is enfleshed in Jesus. Being “missional” then is about joining our lives wholly to Jesus.

When a congregation really spends some time listening, seeking to understand the context, a multisite can be missional. However, when the intent is transplanting something that’s working well in one context in foreign soils… that is not missional! That is primarily an attractional model that lacks contextual sensitivity.

In many cases, that kind of multisite approach goes beyond attractional… it is extractional. We send in a group of people to replicate what we do well. We extract already-believing Christians from other struggling congregations in the community to come to our superiorly resourced experience.

We also begin to extract resources from that community, often to fund renovations, new buildings, and top-heavy staff to run the whole machine. Multisites of this variety are just another Eurotribal strategy of the U.S. corporation, not a missional kingdom journey of self-emptying incarnational love.

Rethinking: A Way Every Church Can Be Multisite

What if there is another way? What if the real problem is the imaginative gridlock that has confined our thinking in a Christendom paradigm that is increasingly no longer valid?

What if there is a way that every church whether declining, plateaued, or thriving can be truly missional and truly multisite? What if this does not require more staff positions? What if these new “church plants” could require little to no monetary expense?