Your church, no matter the size, can indeed become in a sense “multisite.”
Michael Beck 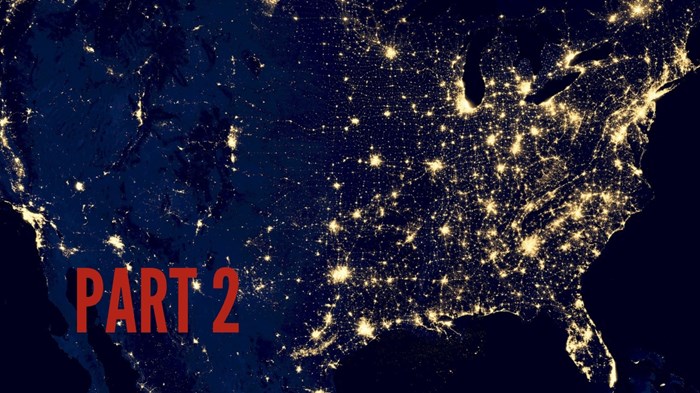 Your church, no matter the size, can indeed become in a sense “multisite.” Inherited churches can launch fresh expressions, harnessing the power of a mixed economy: a diversity of ecclesial forms in which fresh expressions of church exist alongside inherited forms in relationships of mutual respect and support.

Over time, as these communal organisms live together, it leads to a form of emergence we call the “blended ecology.”

The Blended Ecology refers to fresh expressions of church in symbiotic relationship with inherited forms of church in such a way that the combining of these attractional and missional modes blend to create a nascent form. When churches truly live into the mixed economy for an extended period, we see a transformation occur. Both the inherited church and the fresh expressions of church become a new interconnected creation.

In fact, the early church was “multisite” in this sense. This is an awakening to the primordial both/and form of the church. We can see this clearly embodied in the relationship between Jerusalem and Antioch.

Jesus’ last words prior to the ascension are the first words for the church: “But you will receive power when the Holy Spirit has come upon you; and you will be my witnesses in Jerusalem, in all Judea and Samaria, and to the ends of the earth” (Acts 1:8).

We see that very pattern of the church’s growth occur throughout the book of Acts. At Pentecost, the old wild-God of the tabernacle showed up as the wild-child of the Trinity, creating a new tabernacle out of a flesh-and-blood people called the church. The Holy Spirit enabled the disciples to go native, they spoke in all the “native” languages of the world (Acts 2:6, italics mine).

The form those churches took were indeed native, i.e. different. The genesis of the Christian movement was a blended ecology. The initial activity was centered in the temple where the disciples gathered daily and at their dinner tables (Acts 2:46).

It was also moving out to the edge on the road to Ethiopia (Acts 8:26–27). Very early, the church was centered in Jerusalem and dispersed throughout the larger communal ecosystem in a networked way. The first persecution forced the disciples to move out (Acts 8:1), but they continued to gather and have a presence in Jerusalem.

Within the primitive church, right in the genesis, two distinct “brands” of the faith began to emerge: Hellenist and Jewish (Acts 6). The church restructured itself to deal with those growing distinctions. The structures of the church formed in response to the nascent missional opportunities.

The apostles widely structure around the needs that arose within the community. The structure was not fixed and rigid, but fluid and improvisational. It emerged from the context; it was not dictated in a hub-and-spoke corporate power structure.

As the movement spread out to the edges just as Jesus prophetically commanded, different contextual expressions of the faith began to manifest. The first Jerusalem council offers us an example for how the blended ecology can work together in a synergistic way. Antioch was a very different church with very different people. It was a valid contextual expression of Jesus; however, the male gentile Christians weren’t being circumcised or fully following the law. This threatened to tear the whole church apart and destroy the entire movement (Acts 15).

They acted quickly, decisively, and in unity, responding in a flexible way. The missional need shaped their decisive action. They had a focused vision on the thing that mattered the most—introducing people to Jesus Christ (Acts 15:1-29).

Paul’s ministry in Acts offers several examples of how the blended ecology worked in the early church. We see the inherited and emerging church working together. Paul described occasions when he went back to Jerusalem to conference with the leaders there. Those encounters were not always without contention (Gal. 2:11–14). There was a mutual exchange of influence, not a one-way street. Paul also tried to provide a metaphor that described this new reality, an olive tree of deep roots and wild branches, being grafted together (Rom. 11:24).

Here’s a diagram to help us catch the vision:

The early church was a multisite, Jerusalem and Antioch; however, it took a very different form than the concept of multi-siting we see today. Pioneering Jesus-followers traveled back and forth between the “sites.” Jerusalem functioned in a centered, hierarchal way.

Antioch, in a dispersed, network kind of way, was highly dependent on indigenous leadership. It formed not through trying to implant what was working in Jerusalem in foreign soils, but in cultivating what the Spirit was already birthing in those soils. Something quite distinct, very contextual, and with tremendous room for variation emerged.

I think some of the keys for cultivating a Scriptural vision of the multisite are as follows:

Here’s a vision of the multisite in the blended ecology ecosystem. Every person in our congregations has the capacity to be involved in pioneering new forms of church and every place is a potential church space. Some congregations are finding great value in creating a “4th place” — a less threatening space somewhere in-between a vintage and fresh form of church… 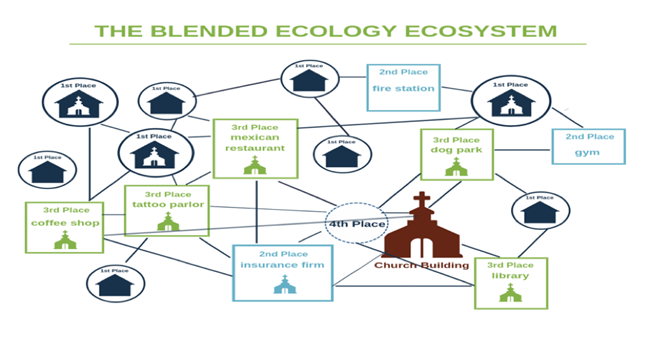 This is a brief introduction to the new missional multisite that is emerging from the cracks of a Post-Christendom West. If you’re interested in learning more, check out “Deep Roots, Wild Branches: Revitalizing the Church in the Blended Ecology.” There I suggest a process and some tools to help inherited congregations go fully multisite!