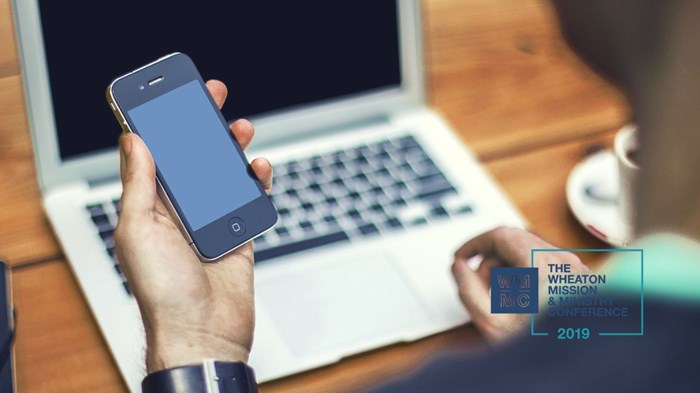 Image: Pixabay
On April 23 and 24, the Billy Graham Center Institute and the School of Mission, Ministry, and Leadership at Wheaton College will be hosting the inaugural Wheaton Mission & Ministry Conference. Our launching theme is ‘Emerging Adults: Formation for Mission’. We will feature top researchers, scholars, and practitioners across a variety of disciplines speaking into this issue. You can learn more and register here. Below, I talk with one of our presenters: Brian Miller, Associate Professor of Sociology at Wheaton College.

Brian: I am grateful there is much research on this and the speakers at the April conference are well prepared to address this.

I will highlight the broader technology and social media angle first. I would describe the use of social media by emerging adults as a mix of excitement and resignation. A vast majority of emerging adults participate. They describe learning about relationships they already have, connecting with friends and family, seeing pictures, sharing jokes.

On the other side, they can articulate some of the downsides of this use including a lack of focus, not spending time with people (just their feeds), and the conflict that can arise in social media. Not participating means missing key connections and knowledge that others can access. Current emerging adults have known and participated in social media all of their lives and will continue to use social media as they age beyond this life stage.

The emerging adults of today are immersed in social media, technology, and other forms of media and they bring this with them as they consider faith and church.

This reminds me of reading one research interview with an older emerging adult who asked whether what young people used to find in religious groups is now supplied by social media and the Internet.

What do Christians and churches offer that is distinctive or helpful compared to all of the other images and impressions they are receiving through new and old media?

Ed: You’ve published on the relationship between religion and new media and technologies. How do you see social media and the Internet more broadly affecting the spiritual lives of emerging adults? How has technology shaped emerging adult behavior and relationships, and has this had an effect on their religious beliefs and practices?

Brian: The research on emerging adults and social media is working to keep up with all of the changes with new platforms, changing behaviors, and reactions from users and the public. It is an exciting area of research!

Few studies examine the direct connections between emerging adults’ technology use and their religiosity. For example, psychologist Jean Twenge’s book iGen has a whole chapter on religion but says little about how all that smartphone use that she links to multiple negative outcomes relates to faith.

Two studies by Peter Bobkowski and co-authors, one in 2010 and one in 2011, addressed religious disclosure on social media. The first study suggested Christians who disclose their faith online are viewed negatively. The second study found evangelicals reveal more about religiosity online and more disclosure of faith was related to personal faith, the faith of one’s online network, and a stronger belief that faith is a public matter.

In a 2013 study using survey data with roughly 2,000 emerging adults, my co-authors Peter Mundey and Jon Hill and I found that Catholics and evangelicals were more likely than the non-religious to be members on social media platforms, and more Bible reading is related to lower levels of social media membership and use.

Other factors possibly related to faith also mattered; for example, donating money and helping the needy are related to less social media participation.

Sociologist Paul McClure has published two articles on these connections. One article found that social media users are more likely to go beyond their own religious tradition to pick religious beliefs and practice multiple religions.

Peter Mundey and I are now working on a new project involving interviews with older emerging adults (23 to 28-year-olds). Of the respondents who linked social media and religion, the tone tended to be negative; nearly 50 percent had a negative interpretation and few discussed a positive connection.

Ed: What would you say to churches, pastors, and ministry leaders? What practical steps do you think they can take within their communities or organizations to respond?

Brian: At the least, congregations and leaders should address social media and technology use. Given the amount of time American adults and emerging adults spend with social media and screens, Christians need robust and ongoing discussions about their value and use as well as more theological work in this area.

The content of what we consume and participate in online matters as well as how we consume and participate. While there may be value to the argument that technology can be a powerful positive tool, Christians want to make sure our priorities and behavior illustrate that we worship God and not our screens. This conference will focus on emerging adults, but this ongoing conversation should include and address all ages.

Additionally, the many weak ties of social media cannot replace the formative and intentional relationships and communities that churches and Christian organizations can foster and should build as a foundation or an alternative to online interactions.

Many emerging adults primarily interact on social media with people they also see on a regular or semi-regular basis: friends, classmates, family, and people at church and/or in organizations in which they participate.

Religious congregations and leaders can strive to work to limit the ways social media promotes individualism, atomization, and echo chambers and instead work with it in ways that build on and enhance strong relationships.

Ed: How is your presentation at the Mission and Ministry Conference going to address this? What is your hope for the conference more broadly?

Many of us can relay anecdotal evidence regarding our social media use and that of others. As a sociologist, I want to make sure more of these conversations begin with an understanding of what people actually do on social media and the outcomes connected to usage before we move to action.

I am looking forward to the convergence of experts from different fields who will engage in conversation, share from impressive and thoughtful work, and help others think about emerging adulthood.