Three important trends regarding race and faith that must be considered as we try to lead evangelicalism through this era.
Ryan Burge 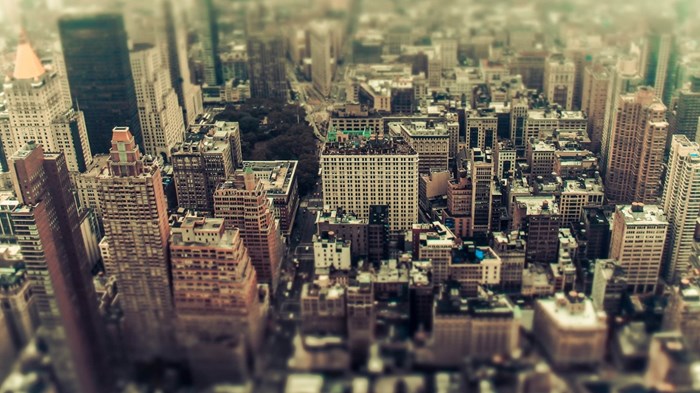 Evangelicals are having a branding problem. When I searched Twitter in December of 2018 for tweets that contained the word “evangelical,” I was surprised to see that one of the most popular words that appeared in those tweets was the word “white.” In fact, I looked back over a number of different sets of tweets going back to 2017 and the term “white evangelical” comes up frequently among those discussing evangelical Protestants on social media. That means that at least one vocal portion of the population sees that evangelicalism has become strongly linked with a white racial identity. That’s bad news if you are concerned about the future viability of American evangelicalism. In this article, I want to outline three important trends regarding race and faith that we should consider as we try to lead evangelicalism through this period.

First, Evangelicals are not keeping pace with America’s racial diversity

It is a widely accepted statistical fact that the racial makeup of the United States is rapidly changing. In 2018, about seven in ten people living in the United States are non-Hispanic whites. However, that will dramatically change over the next 30 years. The United States Census Bureau now projects that somewhere between 2045 and 2050, the share of the population that is white will drop below fifty percent.

While there are numerous reasons for this change, it appears to be due to two key factors. First, the average age of the white population is steadily increasing, while the ages of other racial groups are staying much lower. Second, the fertility rate of racial minorities is far outpacing the number of children that are born to white Americans. This is already evident in the data. In the 2018 Cooperative Congressional Election Study (CCES), just 57% of respondents between the ages of 18 and 25 were white. 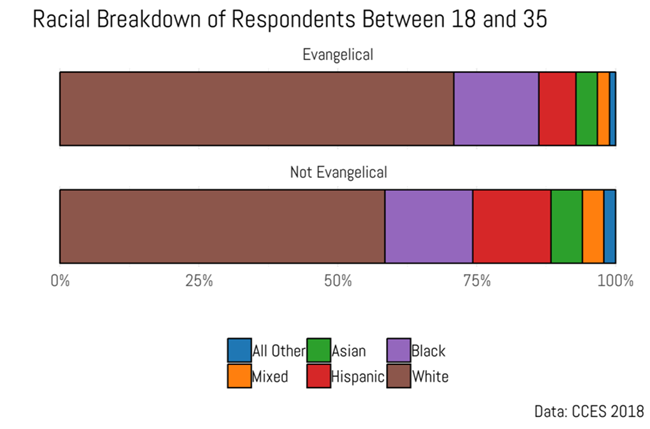 Such significant changes in the racial makeup of American society will predictably have a major impact on evangelicals.

The graph above displays the racial breakdown of those in the 2018 CCES between the ages of 18 and 35 broken into evangelical and non-evangelical groups. (An evangelical for the purposes of this study, is defined as someone who attends a church that is defined by scholars as being affiliated with the evangelical movement. These are churches such as Southern Baptist and Assembly of God). The first clear result is that young evangelicals are much less racially diverse than the younger population in general. More specifically, 70.9% of young evangelicals are white, compared to 58.5% of those under 35 who are not evangelical. There are other disparities as well. For instance, while 14.1% of young non-evangelicals are Hispanic, the rate of Hispanic evangelicals is less than half that (6.7%). For other racial groups, these disparities are less dramatic. In fact, the share of African-Americans between the groups is statistically the same (~15.5%).

Looking at this data, evangelicals have a choice to make. If they want to maintain their share of the population, they either need to increase their fertility rates dramatically or begin to make inroads into minority communities. Since increasing the number of children born to evangelical families seems both difficult and ultimately insular, seeking out new converts appears the only viable pathway. So far, that’s not happened. If evangelicals want to look more and more like the culture that surrounds them, they need to get serious about reaching out to the Hispanic community.

Second, African Americans and Hispanics are on the forefront of the rise of “nothing in particular” category of religious affiliation.

While the rise of religious “nones” in the past decade has been the trend that launched a thousand think pieces, evangelical leaders concerned about race would do well to consider a different statistical category in recent polling. In the 2018 CCES, every respondent is asked to state their broad religious tradition with several response options including Protestant, Catholic, Jewish, Atheist, Agnostic, or Nothing in Particular. In the 2018 dataset, “nothing in particular” is the second most popular response option with one in five survey respondents choosing it. In fact, there were more people who chose “nothing in particular” in 2018 than those who identified as Catholics (17.3%). While it might appear counterintuitive, these “nothing in particular” respondents represent a tremendous conversion opportunity.

In an analysis I conducted for CT that used data from 2010 and 2014, I found that 40% of people who identified as “nothing in particular” in 2010 actually changed their religious affiliation by 2014. Of that forty percent, half became atheists or agnostics, but the other half actually became Catholic or Protestant. The same analysis for those who identified as Agnostic found that just 1 in 20 returned to a Christian faith in four years. It’s clear from those results that “nothing in particular” has emerged as a category between “nones” and “religious,” serving a form of neutral space with little predictive power of future religious commitment. 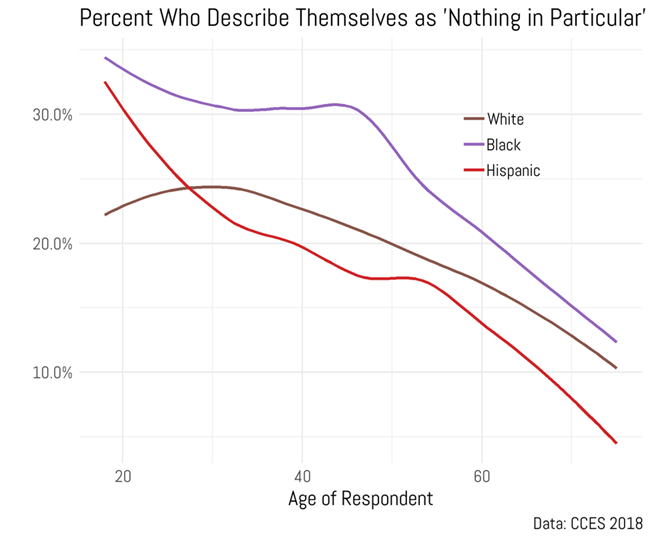 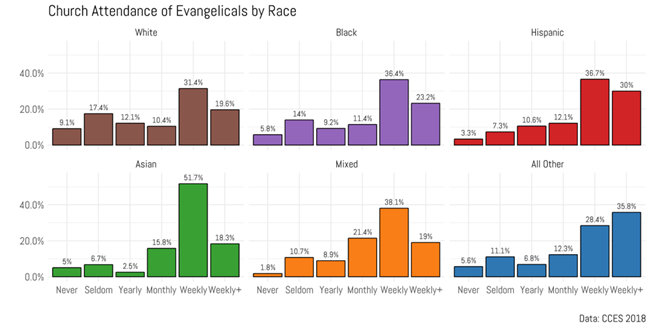 The question is: if racial minorities begin attending an evangelical church, do they become marginally attached, only attending for Easter and Christmas? Or do they become core members of the church? If they show high levels of religious attendance, this could provide some future stability to a local church. The graph above displays the distribution of church attendance for six racial groups who identified as attending an evangelical church in 2018. The results from this analysis are unequivocal: evangelical racial minorities attend church at rates that are greater than the church attendance of white evangelicals. More to the point, while 51% of white evangelicals attend church at least once per week, the rate for African-Americans is nearly 60%, and for Hispanics it’s over two thirds. For Asian Hispanics, nearly 80% attend church at least once a week.

That means that racial minorities who attend evangelical churches likely see the spiritual and social benefits of their connection to their church community. Social scientists have argued that church attendance leads to a number of positive outcomes: more political tolerance, a higher likelihood of engaging in social activity, and greater levels of political knowledge. A person who attends regularly becomes an asset to not only their church family, but also their community. At a time when an increasing number of social scientists argues that people are more and more isolated, the church could be a place where people of all races can find common ground.

These results should be a warning sign for those concerned about the possible waning of evangelicalism in the United States. While current survey data says that white evangelicals have not experienced statistically significant population declines in the last decade, this will likely not continue into the future. As we’ve seen, a major factor in this is evangelicalism’s association with a white racial identity. Evangelicals have to become more racially diverse if they want to maintain their influence and continue to share the Gospel of Jesus Christ. The data says that young minorities are receptive to faith and that when racial minorities become part of evangelical churches that they become some of the strongest church attenders. The Kingdom of Heaven will come from every racial group; evangelicals would do well to bring that Kingdom to Earth now.