Three trends that may indicate the beginning of kingdom breakthrough.
R. York Moore 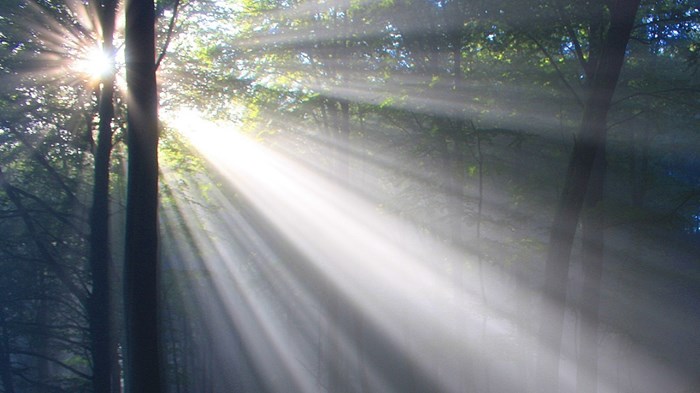 This was the single question that stood as the foundation of many people’s ‘all-in’ attitude for real estate investing in the early 2000s. My wife and I were certainly all-in, cashing out all other forms of investments to buy multiple homes.

Before the housing crash that marked the beginning of the Great Recession, most of us investing in real estate knew disruption coming—we just thought we had years to prepare for it.

Little did we know that the world was about to change quickly. The writing was on the wall—whispers of credit default swaps, bundled toxic assets, unsustainable growth patterns in homes…only fools believed things would go on as they were before, but disruption came quickly and when it did, there was no escape.

There is much to learn about the spiritual condition of America from the days leading up to the Great Recession. As a person who loves big data, I want to believe that we can interpret the future based solely upon data points available to us now, but this assumption is very much like the question “Who’s ever lost money investing in real estate?”

As a person who literally lost almost everything in the market crash, I’ve grown suspicious of what we can learn merely from data. There are variables, disruptive and life changing, variables that can quickly crush our trend analysis and usher in a new normal in the blink of an eye. I believe that we should always hold our data up against the winds of the whispers of disruption.

I believe we are going to see major disruption in the spiritual landscape of America—I’m convinced of it. This does not mean our data is wrong, just that it is about to be disrupted by unforeseen spiritual variables. The decline of the political and social normativity of the Christian narrative in America has been well documented, but at the same time, we are seeing new variables that will lead to a disruption in these trends.

Here are three ‘whispers of disruption’ that will lead to a new normal of kingdom breakthrough:

1 – Unprecedented Unity: I’ve been doing partnerships in my ministry for over 20 years, but I have never experienced the ease and the appetite to come together to do something bigger than I’m seeing now! Churches, denominations, parachurch and non-profit networks are coming together in ways we’ve not seen in America. We see this in the EveryCampusmovement, a coalition of now over 40 organizations that have agreed to share money, human resources, and data for seven years to reach every campus in America by 2025!

Among the growing numbers in this coalition are often perceived rivals InterVarsity USA,Cru, and Chi Alpha—three of the largest collegiate ministries in America. In 2019, through the EveryCampus coalition, each and every one of the 5,000 campuses in the U.S. will be physically prayer-walked on-site.

Organizations are investing in the future through EveryCampus as well by preparing a previously impossible multi-organization data portal to document, track and generate leads for campus ministry throughout the U.S.!

2 – Metanetworks: We have entered the age of what I call ‘metanetworks,’ the leveraging of networks of networks. The unprecedented unity among organizations has led to the ability to leverage networks for the normalization of massive events and the dissemination of the gospel at an exponential rate.

In October, 2018, for example, Nick Hall and the Pulse team brought together hundreds of organizations to host ‘Together ’18’where over 90,000 young people came together to focus on revival in our time. Across America, young people are gathering by the tens of thousands at massive stadium events and conferences, like Jubilee Conference, Urbana, and One Thing.

The network of networks has made this possible, leveraging unity and communication to normalize gatherings that would have been historic in any other period in America. These gatherings do not comport to our data trends and represent a whisper of disruption, an indication of a new normal coming to America.

3 - Uber-openness to the gospel: While the normalization of Christian values is in decline, the openness to hear and consider the good news of Jesus is on the rise. InterVarsity USA has seen a year over year increase of conversions for the past ten years, seeing it’s highest numbers of new believers in its 80-year history.

InterVarsity is not alone. Many organizations are experiencing unprecedented conversion growth. The key to seeing this growth is, not surprisingly, a commitment to evangelism. Sharing the gospel with non-Christians is the number one corollary to seeing evangelistic fruit. Denominations and church planting networks that are committed to sharing Jesus are experiencing conversion growth.

The data is always right until it isn’t. Data doesn’t always tell the whole story. There are whispers of disruption all around us and these unforeseen variables are leading to a ‘new normal.’ We are beginning to see a new kingdom normal of breakthrough in word, deed and power. We are seeing this through unprecedented unity amongst ministries, the emergence of metanetworks, and an increasing openness to the gospel throughout America.

To learn more about this and other trends related to the church and this next generation, register for the Wheaton Mission & Ministry Conference to be held April 23 and 24, 2019, at Wheaton College. You can also watch the Tuesday evening session via livestream.

R. York Moore serves as National Evangelist for InterVarsity USA. He is the author of Do Something Beautiful: The Story of Everything and A Guide to Your Place in It, Growing Your Faith by Giving it Away, and Making All Things New: God’s Dream for Global Justice. As the National Director for Catalytic Partnerships with InterVarsity, York is a convener of leaders for evangelism and missions in America. In this capacity, York has helped to start the ‘Every Campus’ initiative, a national multi-organizational coalition focused on planting gospel movements on every campus in America.