Since the dawn of Christianity, God's people have been called to be a bridge across the barriers constructed by any given society.
Charlie Cotherman 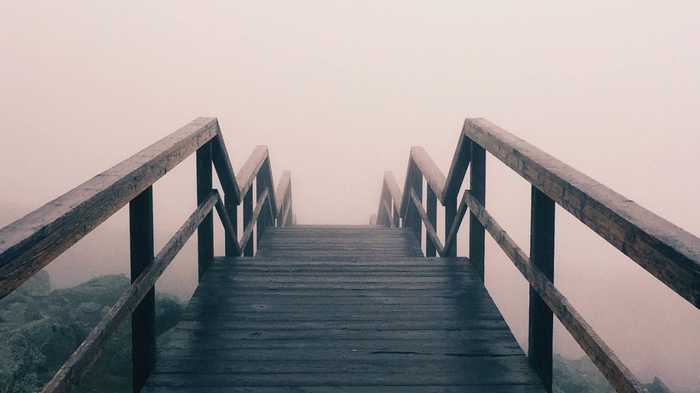 In 1954, Donald McGavran, a third-generation missionary in India who would go on to found Fuller Seminary’s School of World Mission, published Bridges of God: A Study in the Strategy of Missions.

In the book, McGavran offered western missionaries a new paradigm for ministry that cut against the dominant mission-station approach that catered to Western individualism by pulling converts out of their relational networks.

McGavran’s proposal emphasized the evangelistic power of interconnectedness. He witnessed entire “people movements” when new converts were encouraged to return to their social networks and families rather than take up residence in a walled-off missionary compound.

In the years since, there have been many justified critiques of the church growth movement that McGavran’s work eventually helped launch, but the principle that God uses relational bridges in the work of his kingdom is something that in retrospect looks so obvious that one wonders how missionary organizations could have ever missed it. Yet they did.

Although the correlation between the current state of the church in America and McGavran’s work is hardly one-to-one, the reality today is that we in the church in America still need to be extremely intentional about cultivating relational bridges, especially as our nation approaches what is sure to be another divisive election season.

As a pastor of a small, rural church, I feel this need keenly. If history is any indicator, one of the most polarizing divides heading into the 2020 election cycle may again be the divide between those—Christian and non-Christian alike—who live in the nation’s rural regions and those who live in more urban areas.

In addition to noticing how much of one’s political convictions seemed to rely on one’s geographic and social location, the other thing I noticed during that election cycle and the time since is how few churches actually had any kind of sustained relational involvement with other churches—even churches in their same denominational tribe—from different geographic or social backgrounds.

Where were the churches—not just pastors—who had befriended “brother” or “sister” congregations who did not share similar economic, geographic, social, or political sensibilities? Where were churches dedicated to long-term friendship, dialogue, and even partnership across the barriers of race, political sensibilities, and the geographic divides that seem almost insurmountable in today’s divisive political climate?

Before you start emailing me with examples of churches doing just that, let me say that I’m sure these kind of rural-urban-divide-spanning relationships exist.

I’m also sure that not enough of them exist.

I’ve spent a good bit of time thinking about the unique features of rural and small-place ministry, and I’ve come across very few examples of rural churches (or urban churches for that matter) who have sought to intentionally bridge the growing chasm between the nation’s rural regions and its urban centers.

I can’t help wondering why, in the face of the next election and the divisiveness that is sure to accompany it, more church leaders and congregations aren’t working in advance to forge deep relationships with leaders and congregations from different geographic backgrounds, especially when no organization is better equipped than the church to bridge these great divides.

From the very first decades of Christianity, we’ve seen how the church was able to span (with lots of blood, sweat, tears, and prayers) some of the greatest social divides of its day. Acts is the story of God’s people bridging one divide after another, and the rural-urban divide is no exception as cosmopolitan leaders like Paul and Herod’s friend Manaen work as equals alongside fishermen-turned-apostles from rural Galilee.

Even though my vocational and geographic context gears me to focus on ministry in rural places and small towns, when I dream about the future of the church I don’t dream about a thriving rural church—or even a thriving urban or suburban church for that matter—but a thriving CHURCH.

Our fractured society needs relational bridges, not affinity-group silos; and the church, if willing, is perfectly positioned to be a kingdom bridge across the troubled waters of our society. Of course, this will be difficult.

Of course, there will be failures. God has grace for that. My concern is that so few even seem to want to try to invest in long-term relationships of mutuality between congregations from different social and geographic locations.

I live in a river town of 10,000 people and seven bridges. Those bridges make life in my town navigable. Without them, relationships, education, local government, and all of life would be stifled.

The church is and has always been called to be the primary bridge of God across the barriers constructed by any given society. This still holds true today. In recent years, the church has learned quite a bit about the importance of community for the life of the individual believer. Maybe today’s climate calls for a rediscovery of community in the life of entire congregations?

What might it look like for churches to begin to build bridges from the country to the city and from the city to the country, not as mission fields but as relationships from which to learn, grow, and together partner as equals in the mission of God? It’s a question—and a dream—that could change the landscape of towns, cities, and a nation.

Charlie Cotherman is pastor and planter of Oil City Vineyard Church in Oil City, Pennsylvania. He has degrees from Pittsburgh Theological Seminary (MDiv) and the University of Virginia (PhD), and is the administrative director of the Project on Rural Ministry at Grove City College.