Jesus gives us a masterclass on missionary living through his own example in John 4.
Jeff Christopherson 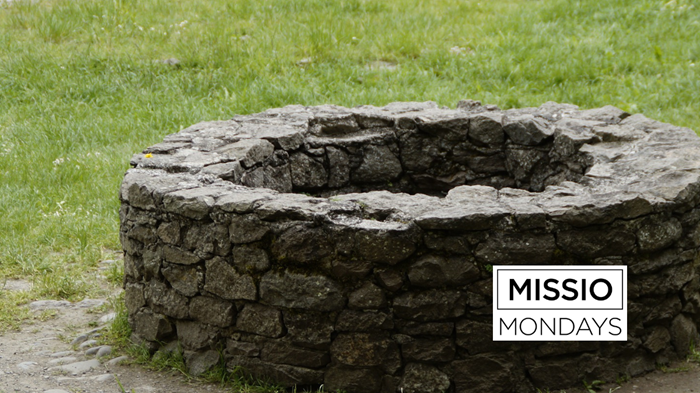 People make investments constantly. Not only financial investments; all of life is an investment. We invest time, energy, passion and mental space in the things and people we love. Whatever we prioritize is highlighted with fluorescent colors in the investments that we choose to make. Football masterfully illustrates this reality. Around North America, people invest massive time, energy and resources in their favorite team. Our practices follow our passions.

The same reality should be demonstrated in disciple-making as well. If Jesus is the true God who is worthy of the worship of all people, and if the way people will know this truth is through the testimony of kingdom-disciples, then an evangelistic passion should naturally characterize God’s people. The priorities of our lives should be marked by evangelistic investments. But how are these investments made? Many of us are missionally stuck and our disciple-making passion has leaked out long ago. We want to be faithful, but we now have little internal orientation. Here is some good news: Jesus gives us a masterclass on missionary living through his own example.

First, Jesus has a clear plan. He culturally veered light-years out of the way to enter Samaria—a path that was unheard of for respectable Jews of his day. From there, he was intentional to head to a hub of activity. The local well was a third place [1]where Jesus could do more than simply satisfy his personal thirst but could spiritually engage with those who came by. The notorious “Samaritan woman” couldn’t miss him. Though she was trying to avoid any uncomfortable social interaction, she was now destined to have a deeply personal encounter with a Jewish rabbi about her sinful past. The Teacher enters into an extensive and meaningful conversation with this social outcast— listening to her and pressing her to go deeper. Clearly, Jesus’ short mission on earth required a focused, ministry plan, yet nothing seem to matter more in this moment than this one precious, broken woman.

Jesus’ example shows us that people are always more important than projects, and even the most spiritually unlikely individual is worthy of my best investment of time and spiritual attention. The subsequent missional advance that took place in Samaria from this encounter could not have been foreseen with human instincts. But Jesus’ spiritual instincts responded by intentionally making a gospel investment with someone who seemingly lacked religious potential.

Jesus was not caught off guard by the Samaritan woman’s past. Her sin defined her cultural identity, but it did not hinder Jesus from treating her as a cherished person. He entered into her story and modeled genuine care. It’s clear from the story, and the woman’s subsequent response, that she truly believed that Jesus esteemed her as a person of value. As Jesus entered into the Samaritan woman’s story, He became part of its plot line, and the very point of her life-story’s trajectory change.

Our challenge is the same. We interact with many broken, wounded people who need more from the church than a sacred rendition of “seven habits for successful living.” They need someone to enter their story, grieve with them in their pain and help them follow the spiritual breadcrumbs in their lives to their source, Jesus Christ. When people know that we genuinely care, they are far more interested in the good news that we have to share. Caring often means deviating from our sterile script and daring to enter into the uncharted territory of complicated messes and aching souls.

The masterclass of Jesus’ missional investments demonstrates that grace and truth can be held whole, together and unimpaired. This isn’t grace moderated by truth, nor is it truth balanced by grace. It is grace and truth fully expressed and wholly uncompromised.[2]It is both seeker-sensitive and God-glorifying, all at once, without one diminishing the other. Jesus met the Samaritan woman where she was, but he didn’t leave her there. He said difficult things, but he wasn’t unkind. Grace and truth provoked her to work through the wounds of her painful past in order to embrace a life-giving future in Jesus.

Many evangelicals in North America would bristle at the thought of having such a pointed conversation with a friend, much less a total stranger. But Jesus spoke truthfully and the woman stayed. She experienced grace in the midst of the painful truth. No shame. Love, dignity and hope. She was actually most taken with Jesus’ power. The truth of what Jesus said radiated from his life and into the life of the woman. Perhaps we could learn from Jesus’ example of gentle boldness as we make gospel investments in the lives of those around us.

Jesus’ encounter demonstrated his reliance on the power of his Father. Jesus, himself, was the power of God bundled in human flesh, yet he voluntarily abandoned his heavenly status as he remained in constant connection to his divine Source. He knew that his Father’s power would flow muscularly through this interaction. He knew that the years of sinful bondage that imprisoned this Samaritan woman could not be broken without the power of God. This was not a superficial battle. It never is.

Do we understand our need for the same power? All those who are in Christ have the Spirit of God dwelling inside them and are given the promise of his authority (Matt 28:18-20). If this same power lives in us—the power that raised Jesus from the dead—then we should move into evangelistic encounters with bold confidence believing that God wants the lost saved, the broken healed, and the wounded restored. His kingdom come.

Those infused with Jesus’ DNA for kingdom mission must make the faithful choices required to invest in the missional work of evangelism and, as they do, call others to follow their example.[3]

[1]In community building, the third place is the social surroundings separate from the two usual social environments of home ("first place") and the workplace ("second place"). Examples of third places would be environments such as cafes, clubs, public libraries, or parks.

[2]Jesus was introduced to the world by through this very rare coupling. “And the Word became flesh and dwelt among us, and we have seen his glory, glory as of the only Son from the Father,full of grace and truth”(John 1:14).