The tragedies in El Paso and Dayton should propel us towards both prayer and action.
John C. Richards, Jr. 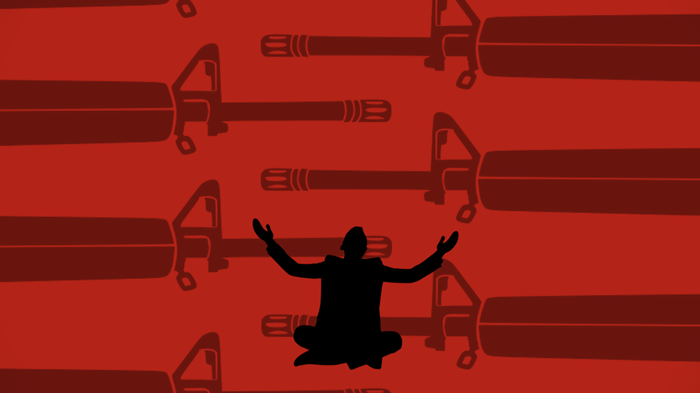 Over the weekend, tragedy once again rocked our country to its core as two separate mass shootings occurred within hours of each other in El Paso, Texas and Dayton, Ohio.

More than that, these senseless shootings revealed a fracture that has long existed in our nation. America has walked with a limp for years now without acknowledging the underlying pain.

One need only take a look at Ed Stetzer’s Twitter timeline to see responses to his call for prayer and action in light of this tragedy. The responses range from others calling him a social justice warrior or a right wing conservative.

Today, I write on behalf of homeless Christians in America. Men and women who sit and watch “conservative” and “liberal” men and women of faith bicker and pose either/or arguments for both/and issues.

How did we get here? As a Christian, what’s wrong with offering thoughts and prayers and a plan of action? As a moderate Christian, I’ve been asked to choose a side. But I care too deeply about the gospel to choose a side in the battle.

Instead, I chose to believe in a God who saves and a God who changes culture—or in the words of Richard Niebuhr, I believe in a Christ who both saves souls and transforms culture. And I won’t apologize about it.

The Importance of Lament

Transforming culture, however, requires a longing. A longing to see that which is broken set right. In light of tragedy, we need room. We need room to lament without judgment. Lament gives us the ability to approach a sovereign God in light of tragic events—pouring out our hearts, articulating our desire for God himself, as our Great Physician, to fix the fracture.

At times, we undermine the importance of our prayer closet in favor of our social media timeline. Breaking news should first break our hearts, not lead us to immediately check our character count or update our status.

The Importance of the Gospel

The world doesn’t need talking points, it needs the gospel. And by the gospel I mean the WHOLE gospel. You don’t platform the gospel, you proclaim it. At the same time, you can’t proclaim the gospel without living out its implications.

That means we pray for changed hearts, but we also move our changed feet. That means we think about issues deeper than our perceived God-given rights to bear arms and challenge our legislators to move toward placing greater restrictions on gun ownership in America.

So I join men and women across this country in praying and lamenting. But I also join men and women across this country who are calling legislatures and finding real tangible ways to be light in this world. None of us should have to explain ourselves for doing both, because I believe that’s what it looks like to faithfully proclaim and live the gospel we all love and know to be true.

John C. Richards, Jr. is the Pastor of Assimilation at Saint Mark Baptist Church in Little Rock, Arkansas and the former Managing Director of the Billy Graham Center at Wheaton College. He is a graduate of Morehouse College and Howard University School of Law and serves on the Board of The Witness: A Black Christian Collective.