Rural Matters
The Rural Matters Institute is a community for pastors and Christian leaders serving in non-urban contexts that was created to provide support, learning, and community. Read more from this column.
August 10, 2019Rural Matters

Regardless of how few people live in an area, every person is in search for and in need of redemption.
Josh Laxton 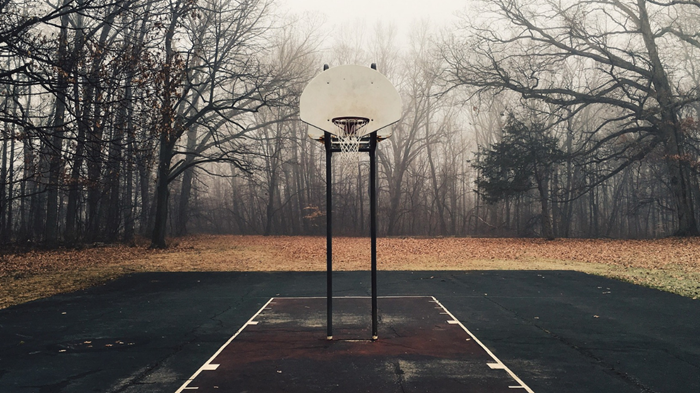 A couple weeks ago the Laxton house couldn’t agree on a movie for family movie night, so my wife clicked on Hoosiers. Now, a movie as old as Hoosiers certainly raised my children’s eyebrows—and even complaints—since they weren’t born in the century that churned the movie.

If you’ve seen the movie, you know the storyline of the 50-year old Coach Norman Dale (Gene Hackman) who moves to rural Hickory, Indiana to coach the Hickory Huskers. Through a battled journey, Dale victoriously leads the Huskers to the echelon of Indiana High School basketball—the State Championship.

Underneath the grand storyline (main plot) is a subplot. And this subplot has stuck with me as I continue to think, dream, and plan for rural ministry through the Rural Matters Institute at the Billy Graham Center. What’s the subplot you ask? Redeeming Rural.

In this post, I want to outline three redeeming (wrongs made right) elements seen in the subplot and exhort the church today to enact a similar redeeming quality in their mentality, ministry, and mission to rural areas.

Early in the movie, Myra, a teacher at Hickory High, engages Norman Dale describing the rural-ness of Hickory. She vociferously notes that Hickory doesn’t appear on most state maps and that the only thing that comes through Hickory is a train. She goes on to explain that people—especially 50-year-old men—don’t move to Hickory for good reasons.

I think Myra’s understanding of Hickory has been (and to some degree continues to be) a realistic understanding of many today—even those in the church. For decades the church has promoted ministry and mission in the urban (and suburbia) areas, as these centers continue to experience upticks in population.

When figure heads of evangelicalism call young leaders to give their lives in strategic areas like cities, and when large denominations have church planting initiatives that focus their resources and efforts on cities, it’s no wonder why there has been a vacuum of leadership, resources, and ministry-aid for rural areas. And if someone does move in or stay rooted in rural areas to do ministry, they probably face the Myra’s of the world thinking they had no better opportunity or offer elsewhere.

It’s important for the church to reverse engineer such a negative mindset towards rural areas. Rural places do not need to be seen as places of inopportunity, but prime locations for opportunities. The problem Hickory faced and that many rural areas today face is that fewer are willing to mine and leverage the potential of resources in small towns to [figuratively speaking] “put them on the map.”

Jesus had to overcome the stigma of what comes out of small towns. Nathanael, prior to following Jesus, is quoted as saying, “Can anything good come out of Nazareth?” The church must redeem the mentality towards rural areas by seeing them as places of great potential.

Hoosiers depicts a great deal of brokenness—a town inhospitable to outsiders, a teenager who had suffered great loss, a town drunk living in shame and isolation, and a failed basketball coach in need of a second chance. Who knew rural towns had so many problems?

The reality is, rural areas aren’t immune to the depravity of humanity. Whether it’s an area with a sparse population of 26 or a small town of 26,000, every single person is in great need of redemption. Every area, regardless of how small, has wrongs that need to be made right.

In order to redeem rural ministry, the church must focus on the needs of people rather than the number of people in the area.

When thinking about and discussing rural, almost everybody wants to focus on size. For many, size dictates importance. That’s exactly what some thought about Hickory, Indiana. This importance-of-size mentality has creeped into the church’s understanding and impetus of mission, which has deterred many away from focusing on and going to rural areas.

Today, more than ever, there is a need to redeem rural mission. To do so we must understand a few things.

First, the size of the place has no bearings on the scope of God’s mission. God has called the church to go into all the world! A Christ-centered mission will have a church moving for and towards the whole world regardless of location.

Second, the purity of God’s mission isn’t the call to scale or multiply, but to faithfully make disciples. Redeeming rural mission will require the church to decommercialize God’s mission. Instead of going where we will get the biggest bang for our gospel-buck, we will go where the Spirit prompts.

In closing, after overcoming the less-than-21st-century cinematic affects, the Laxton children sat through the entire movie. They were captivated by the overall storyline of defeat, struggle, redemption, and celebration that captivated their imagination, spoke to their hearts, and inspired their lives.

While my kids were into the overall drama of the movie, my mind raced to how basketball transformed a small rural town in Indiana. And to know that the church has something so much greater than basketball!

My prayer is that the church will not neglect its responsibility to take the gospel into the rural areas of the world. To do so will require the church to redeem rural by seeing such areas as places for opportunity, people in need of ministry, and platforms for mission. As the church does this, there will be a glorious subplot of the gospel redeeming rural communities for the glory of God and the good of the world!

As part of the solution in redeeming rural, the Rural Matters Institute of the Billy Graham Center will be creating Rural Matters One-Day Summits in regions throughout the US. We have two coming up this Fall:

Shawano, WI. To find out more or to register for this summit, click here.

Hutchinson, KS. To find out more or to register for this summit, click here.