Some churches are small as a deliberate decision toward the commission of disciple-making.
Jeff Christopherson 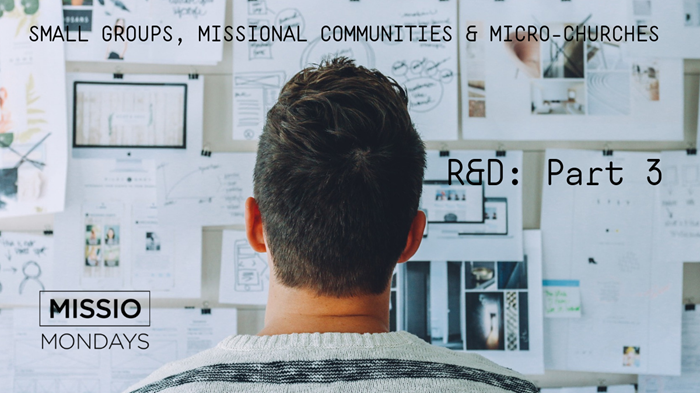 Small churches seem to come in two basic forms: deliberate and symptomatic. Some church’s diminutive size is actually a symptom of internal and/or external factors hampering its obedience to disciple-making. Like a bonsai tree [1], many unnatural ecclesial forces are often inflicted on a local body in order to stunt its missionary effectiveness and perpetuate its reproductive sterility and miniaturization. In the bonsai case of smallness, a paltry missional footprint is not to be celebrated but serve as a spiritual warning indicator that its rightful first-love might have long faded into an ecclesiastical ritual.

But some churches are small as a deliberate decision toward the commission of disciple-making. To these churches, smallness becomes a means to holistic engagement and feasible reproducibility. Unlike bonsai churches, these leaders choose smallness as a way to expand the church’s missional footprint.

“Our ecclesiology should flow out of mission, not the other way around. Mission is the mother of adaptive ecclesiology; meaning if we start with engaging in God's mission, there should be lots of wild and wonderful expressions of church. The church does what it is and then organizes what it does,”says Brad Brisco.[2]This idea of adaptive ecclesiology has been fostering the development of so-called micro-churches around the world, and now it has found a home in North America.

Not all groups are created equal

It might help to envision micro-churches on a scale of development moving from normative small groups to missional communities and finally micro-churches. The typical small group provides a means of connection and care for those already involved in the church’s ministry. These groups “make a large church smaller” and, when working well, provide the context for life-on-life discipleship, authentic care, and vulnerable accountability.

Missional communities, on the other hand, ratchet things up in the area of disciple-making. They include the values of conventional small groups, but with an added focus on pursuing God’s mission in community. Modeled after Jesus’ earthly ministry, the design of missional communities is to intentionally press a community of disciples into active obedience to the commands of Christ, particularly in the area of mission and evangelism, and use this activity as a training ground for holistic discipleship. Often the focus of missional communities is joint engagement around a particular neighborhood or network in order to incarnate the gospel in that place.

Micro-churches press this idea one step further. In the typical missional community, the group functions as a sub-set of a larger church. In some cases, the entire church adopts a more missional approach to group formation. Other times, a singular missional community may emerge in a church culture where inward-facing small groups are more the norm. Either way, these groups exist as a part of the greater church.

Not so with micro-churches. These groups, with the same outward orientation as missional communities, actually constitute a church in and of themselves, most often existing at about the size of a large, extended family (25-40 people). These churches focus on the holistic ministry of the church: worship of God, personal spiritual formation, and mission to the world. These practices often happen in homes, businesses or public spaces, and may or may not take the standard form of worship services on a set day and time.

First, they provide a tangible opportunity for everyone in the church to own the mission. Most often, the larger a gathering or church becomes, the less likely it is that people take ownership of the church’s mission. The “bystander effect” takes hold and the majority assume that someone else will do it. Or, there’s simply so much momentum based on charismatic personalities or compelling programs that everyone knows the church will thrive even if one person doesn’t do his or her part. Not so with micro-churches. All of God’s people are needed and their activity or passivity directly effects the group. One member of the body cannot grow cold without lowering the temperature of the whole body.

Second, micro-churches foster gift utilization.Since the church is small, there’s a real awareness of who’s gifted in what area and how those gifts aid the overall body. In an environment where the body doesn’t have 30 redundant noses and 80 spare sets of feet, the 2 noses and 3 sets of feet are both noticed and needed; the body becomes mobilized into mission at extremely high rates.

Third, micro-churches foster contextualized missiology.Because the focus of mission is small and personal, the church can determine the best means of reaching their neighbors rather than merely adopting the overall campaign of a large church, which most often requires religious memory. As such, these churches are often capable of reaching people who are reticent to connect with clever marketing strategies or polished platform personalities. In this, they become capable of introducing the way of Christ to an audience that is increasingly jaded toward evangelicalism.

Fourth, micro-churches are simple and nimble,which allows them to make decisions and turn on a dime far quicker than even a church of 100 people. This means that the face of micro-churches will look different depending on those who are leading them, the place they are seeking to engage, and the various seasons of their work. These churches can, and often do, adapt week-to-week as they seek to listen to God’s Spirit and follow him in his mission.

Fifth, micro churches multiply.Their strategy isn’t primarily concerned with growing its numbers, but it’s vitally interested in growing Jesus’ influence in a community through multiplication. Micro churches seek to do this by helping others start their own micro churches to address other needs in the community. Their simple structure makes this easy and fast. They’re constantly growing, changing, and reproducing more of their kind.

Finally, micro-churches are universally reproducible.With no paid clergy, the strategy makes it possible for everyday leaders to legitimately say, “follow me as I follow Christ”[3]in a way that is patternable. With the elimination of payroll, tithes and offerings are made available for local and global mission at unprecedented percentages which in turn fuels kingdom advance.

These six benefits are indeed powerful, but that is not to say that they are easy. The ability to tap into these benefits requires an apostolic-facing leadership and some administrative systems that keep micro-churches networked, accountable, resourced and inspired. And just like any church, micro-churches also require a constant reorientation toward mission, for all fallen flesh naturally makes itself the mission.

But the missionary stagnation that accompanies ecclesiastical comfort becomes much more difficult to maintain when churches are knee-deep in a spiritual, physical and emotional mission field—and it seems that micro-churches do a good job in keeping disciples right there.

[1]Bonsai is a Japanese art form using disrupting techniques to produce small trees that mimic the shape and scale of full-size trees.

[2]Brad Brisco is National Director of Bi-vocational Church Planting for the Send Network.