Three things American Christians can glean from our brothers and sisters on international missions.
Bryan Laughlin 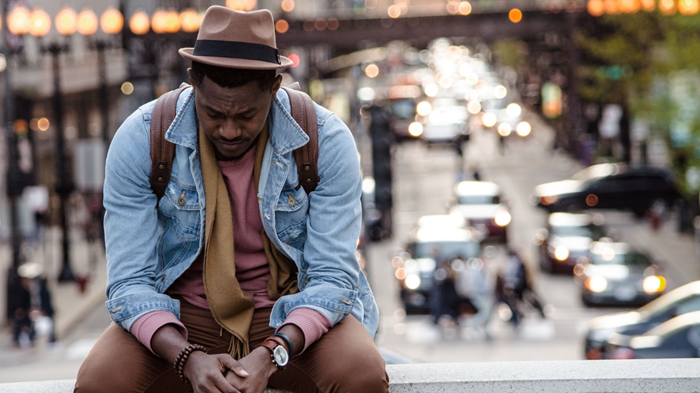 A former Anglican bishop tells the story of when he served as the chaplain of Worcester College, Oxford. It was his duty and privilege to greet every incoming freshman, welcoming them to the university and offering them his guidance. He recalls that the vast majority of students replied in basically the same way: “You won’t be seeing much of me,” they’d say. “I don’t believe in god.”

At this I suspect many Christians would want to launch into a full-scale apologetic, defending the rationality of theism and imploring the student to believe the gospel. Instead, the wise bishop would say, “Oh, that’s interesting. Which god is it that you don’t believe in?”

After recovering from his surprising response, most students would go on to describe some kind of angry sky fairy who occasionally intervened in human affairs but whose main activity involves little more than sending bad people to hell and allowing good people into heaven. To the amazement of nearly every student, the bishop would then reply, “Well, I don’t believe in that god either.”

There was a time in the Western world when the word “God” had a significant level of intelligibility. Virtually everyone recognized God as a reference to the supernatural being who revealed himself in the life of Jesus of Nazareth (John 1:14–18). Even atheists used the word God in this way, for to be an atheist in the West was to disbelieve in this specific deity.

Today, however, the West is a secularizing, post-Christian culture. And though all of America isn’t post-Christian yet, even the Bible Belt isn’t far behind. We have arrived at the point where the common conceptions of many vital words—like “God,” “Christian,” “church,” “gospel,” “sin,” and “salvation”—are distantly removed from what the Bible means by them.

This profound level of confusion reflects a massive loss of shared worldview. Simply put, if America ever were a Christian nation, it isn’t one any longer.

The Need for a Missionary Encounter in the West

We can’t turn back the hands of time or put the toothpaste back in the tube. And even if we could resurrect Billy Graham, we can’t restore the cultural moment when big revivals seemed to have some level of effectiveness. Instead, America desperately needs what Lesslie Newbigin called “a missionary encounter” between the gospel and the secular West.

Newbigin meant that Westerners, including Americans, must start living like missionaries to their own culture. This exhortation is not mainly concerned with whether we call every Christian a missionary. (In fact, merely changing labels would change nothing much at all.) No, this is about the vital need for the American church to recover a missionary mentality. It’s about the call for us to live like foreign missionaries in our own cities and neighborhoods, which are quickly becoming places increasingly foreign to the gospel.

The Bible tells us there’s no natural understanding, interest, or love for the gospel among non-Christians (1 Cor. 2:14; Rom. 3:10–11; John 15:18). Foreign missionaries know this, which is why they are careful not to assume a shared understanding or agreement simply because of shared terminology. Two people can use the word “Allah,” for example, with drastically different meanings (the God of the Bible and Allah of the Qur’an are both called Allah in Arabic). Likewise, in America, we cannot assume generic “God talk” is anything like evidence of belief in the gospel.

We shouldn’t expect an outpouring of natural interest in the gospel either. Although it is very precious to us, the gospel seems irrelevant to the lives of most non-Christians. They simply do not spend much—if any—of their time wondering what Christianity has to offer. And the few who do give much thought to our faith are decidedly not excited about it.

Indeed, one reason many Christians seem shocked by the increasing levels of disdain and opposition to our faith is because they haven’t fully grasped the implications of living in a post-Christian culture. In this matter, we must remember the apostle Peter’s words to missionary minorities living in foreign lands. He said, “Do not be surprised at the fiery trial when it comes upon you . . . as though something strange were happening to you” (1 Pet. 4:12 ESV). In other words, we’ve got to shift our expectations.

The first aspect of the missionary task is entering the world of non-Christians in a particular context in order to understand them, connect with them, and develop an ability to communicate clearly with them. To do this a missionary must be a diligent student of a people’s political, economic, and religious commitments, as well as their habits, thoughts, and values. This strategy has clear and obvious parallels for American Christians.

Furthermore, missionaries must love the people wherever they live. They could never be effective in sharing the gospel with people they would rather God judge (Jonah 4; Nahum 2). In a similar way, it will be hard for us to reach post-Christian America if we keep blasting our neighbors with gusto instead of beginning with the gospel. A new heart comes before a new life.

Finally, missionaries go to where the people are instead of expecting people to come to them. In America, this means we must abandon the Field of Dreams approach as a strategy for reaching non-Christians. For when it comes to church buildings or programs, if you build it, they won’tcome—because they don’t care. The vast majority of non-Christians in America will not check out your church plant because you have a cool website. The only fish you’ll catch with that strategy are actually disgruntled sheep. (Let the reader understand.)

3 – Embrace the Countercultural Life of the Church

Missionary Lesslie Newbigin noted that the whole church together communicates the gospel more powerfully than any individual Christian ever could. He called the church “the hermeneutic of the gospel” for the post-Christian West, by which he meant the church’s life together should be a countercultural expression of the gospel’s power and effects. In other words, the gospel produces communities of people whose corporate life is simultaneously offensive in its distinctness (1 Peter 4:3-4) yet winsome in its love for the world (Matt. 5:13–16).

Foreign missionaries often work alongside national believers to discern what this looks like in practice, carefully distinguishing which aspects of that culture they must reject and which they must reorient and retain. In similar a way, American Christians must shine the light of the gospel in our post-Christian context. We must embrace a distinctly countercultural way of living together as citizens of Christ’s kingdom (Phil. 1:27).

Specifically, this means we must share life together as an actual community in our culture of expressive individualism. We also must be a community of grace and truth in a context of moralistic relativism, holding firm to both the truth of God’s Word and the glory of God’s forgiveness. Finally, we must be a community full of love and hope in a society increasingly fueled by rage and fear.

Before his crucifixion, Jesus prayed to the Father, “As you sent me into the world, I also have sent them into world” (John 17:18 CSB). After his resurrection, Jesus told his disciples, “As the Father has sent me, I also send you” (John 20:21 CSB). In repeating himself, Jesus emphasizes this point: to be a Christian is to be someone Christ sends to the world. That remains true whether he sends us to a pagan nation or to post-Christian America. In every place, therefore, the church must live like people the Savior sent to the world. Because we have been.

Bryan Laughlin is the lead pastor of Remnant Church in Richmond, Virginia, where he lives with his wife and four children.

This article was originally posted by the International Mission Board, imb.org, on June 27, 2019.