Evangelical Churches and the Palestinian Authority: A New Opening in Jesus' Backyard

A glimpse of Christianity in the Holy Land.
Brian Stiller 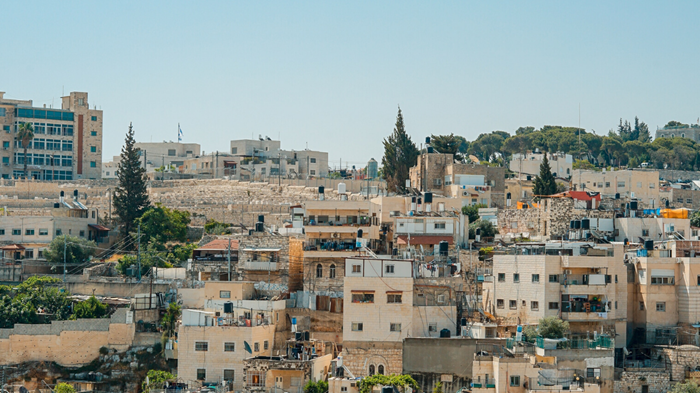 I find it ironic that where Jesus was raised—in the backyard of his earthly life—Evangelical churches were disallowed status to marry, own buildings, and even have a bank account.

The good story is that which once was, no longer is.

The good news came in November by way of Pastor Munir Kakish at the WEA’s General Assembly in Indonesia. He told me the story and then opened a leather-bound folder. There, he proudly showed me, was the signature of President Abbas of the Palestinian Authority (PA).

What I saw was what many Christians for 12 years had prayed for. This declaration gives legal status and governmental recognition to a national alliance called Local Evangelical Churches in the Holy Land.

And this is a very big deal.

For these churches, their pastors and members, this was such a sweet moment. For 12 years, Pastor Kakish—president of this newly formed alliance of Evangelical churches—knocked with regularity at the doors of government, gently but with determination and with a good dose of religious stubbornness.

His point to the government was that as Palestinians, we can better serve our community when you allow our churches to join together as an Evangelical Alliance. He also argued to the PA that not only does it allow Evangelical churches to speak with a single voice to government and the broader society, but it also gives government access to this community of Christians with just one call.

Forty years ago, among 50,000 self-identified Christians in a land of 4.5 million (mostly Muslims) Evangelical churches were planted. They started in small tents, moving eventually into homes and, in time, to small rented buildings. Living in the wide swings of Israeli/Palestinian attempts to craft national boundaries and identities, these small and fragile churches grew, serving people and their needs.

But they suffered under three issues which would discourage most pastors.

First, the area know as the West Bank is a Muslim world. Even though their homes are in the land of Jesus, Islam dominates in a relatively benevolent, but overpowering manner. The Christian community is dominated by historic churches: various Orthodox and Roman Catholic.

The Holy Land is as complex a region as one can find. Crowded land. Relatively small populations. Yet the multiple layers of control, ownership, and historical memory, inter- and intra- religious hostilities so often becomes the ruling narrative.

In that world are small but visible and vocal Evangelical churches— Palestinian followers of Jesus. They are often caught between Christians who believe Israel has total land rights and those who defend Palestinians, these growing churches seek a place of influence, looking for ways to make known the gospel of the One raised in their neighborhood.

Paradoxically, while Evangelical Palestinian churches now have their legal status as an Alliance, their colleagues in Israel are denied having a registered alliance by the Israeli government.

Botrus Mansour, chair of the Convention of Evangelical Churches in Israel (CECI), and a member of the WEA, told Christianity Today that they would like to be recognized by the Jewish authorities.

This Israeli Alliance made up of five Evangelical denominations—Assemblies of God, Baptists, Christian and Missionary Alliance, the Nazarenes, and the Open Brethren—has the same needs as those in the West Bank: rights and freedom to oversee social issues in matters such as marriage/divorce, buildings registered in the name of their church, and such fundamental tools as conducting business with a bank account in the name of the church, rather than having to use someone’s personal account.

In this age of mega stories, massive movements, big churches, and global ministries, I look at this one story in the West Bank under the Palestinian Authority as a lesson in leadership.

Here, a persistent pastor, week after week, year after year went to the courts of government. Quietly, not demonstrating. Asking, not demanding. Creative, persistent, and resourceful.

He cranked it up a notch by arranging with WEA’s Deborah Fikes to meet various officials in the UN in New York. Then, he invited the Secretary General of the WEA, Bishop Tendero, to meet President Abbas. In time, the government woke up and agreed to give the churches their legal status. This was such a sweet moment for Pastor Kakish, his churches, and the people.

However, what is their freedom? So, I asked him. Here was his response:

It’s important to know that the PA have no authority over us as a church. Our constitution gives us freedom to preach and serve as defined in our by-laws. We are free to evangelize. Now we have civil rights which we didn’t have before. We can register our buildings in the name of our churches.

Is there any kind of persecution? Here is what Tendero said:

What message can I give to our wider church? I asked. His response was simple and surprising:

Brian, ask your tour groups that when they come to the Holy Land, they will visit us Christians in the West Bank as well. We want to be encouraged by you, and we want you to know us, so you can pray for us.

Take that from a pastor whose life and energy is given to tell people, living in the backyards of Nazareth, about Jesus.

Evangelical Churches and the Palestinian Authority: A New Opening in Jesus' Backyard

Evangelical Churches and the Palestinian ...