There are many journeys in the Christmas story.
Sam George 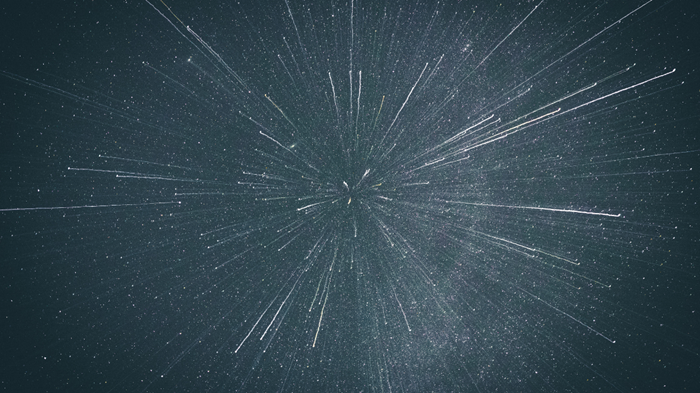 There are many journeys in the Christmas story.

After the teenager Mary receives a visit from an angel to announce the divine plan for Messiah, she journeys from her hometown in Nazareth to visit her cousin in the hill country of Judea. A few months later, when the Roman governor calls for a census of the region, an expectant Mary and her betrothed fiancé Joseph travel to his ancestral village Bethlehem.

These journeys covered around 70 miles of arduous uphill trek and traversed diverse cultures, and even crossed the Jordan River twice to avoid the hostile Samaritans.

Because of the temple in Jerusalem, it was customary for Jews to make this trek regularly. It would have taken around four to seven days of strenuous ascent and would have been tough on Mary in her advanced stage of pregnancy.

Then, there is the journey of the wise men. Since Jesus received three gifts from them, we assume there were three men and most artworks depict three camels following a bright star.

However, the Bible does not mention the exact number or place where they came from. It only mentions they were from the East and could be from as far as India or China. But most likely they were Persian astrologers or Zoroastrian priests from Babylon.

The wise men traveled nearly 1,000 miles across many countries over several months to reach Palestine. They had known about a soon-to-be-born Messiah and was alerted by a special star in the sky.

They likely knew some Jews who were living among them and read about prophesies of a forthcoming king of the Jews. They risked much to search out what was revealed to them and ventured out even when they did not now their exact destination.

In faith, they carried precious gifts to be given to the baby, aware of the many dangers along the long route.

The wise men got lost along the way. They were off by only six miles; and yet, a small detour ends up in Herod’s Palace in Jerusalem. They may have been distracted by the city lights of Jerusalem and could not see the star clearly, or they assumed that a future king would be born in a palace.

Upon learning about their journey, the King and the city was greatly troubled.

King Herod asked the chief priests and scribes of the city to determine the exact location from the writings of the prophets. He sent wise men to investigate and report to him about the newborn king so that he could also go and worship the messiah.

Having killed his own family members who could overthrow him, Herod felt threatened at the possibility of someone toppling his reign. He faked a desire to see the Messiah, but his real intention was to kill the baby, as evidenced from his later edict to slaughter the boys of Bethlehem.

Finally, the wise men get back on track and followed the star to where Jesus was. On seeing Jesus, they bowed down and worshiped him.

It is doubtful whether these pagan religious clerics had any notion of the divinity of Jesus, but their response was fitting. The precious treasures they had carried all along had much symbolic meaning and they were redirected to defy Herod’s order and return to their homeland on a different route.

Finally, there is another dramatic journey. Soon after birth, the angel advises Joseph to take baby Jesus and his mother and flee to Egypt.

Jesus and his parents were refugees in a neighboring country. The Egyptian border was 90 miles from Bethlehem and was outside of Herod’s jurisdiction. There was no room in the inns of the ancestral hometown for the descendants of King David and so they had to seek shelter in a foreign land among people who had held their ancestors as slaves.

However, the greatest journey of Christmas is the travel that God takes from heaven to earth. The eternal, omnipotent, omnipresent, and infinitely holy God took human nature and was confined to a womb of a teenager.

The mystery of the incarnation is that God transcends great distances to reconcile with the fallen human race. The apostle John beautifully captured the idea saying, “God became flesh and dwelt among us” (John 1:14), meaning God pitched his tent next door to us and became our neighbor.

Where are you on the journeys of life? Do you dare to explore who Jesus really is, no matter where you were born, or your cultural and religious background?

Are you willing to travel some distances to find Jesus? Do you find yourself in the wrong place?

Are you lost in the lights and glitter of this world? Are you open to seek some help and talk to someone who could direct you to Jesus?

Or are you like King Herod and his advisors, who knew the exact location, but never visited Jesus? They lived so close to Jesus geographically, yet they were so far from him.

Where you now, and where are you headed?

May we embark on a journey toward Jesus today and always. When we find Jesus, may our knees bow and our tongues confess him as Lord of our lives. After encountering him, we will not retrace the same old paths in life, but go on a new journey to tell others about the wonderful savior we just met.

Dr. Sam George is director of the Global Diaspora Institute at the Billy Graham Center at Wheaton College and catalyst for diasporas for the Lausanne Movement.