One-on-One with Phil Reinders and Khenva Dave on Missions Hub, a network of missions agencies, churches, and groups on the University of Toronto campus that are committed to sharing the good news of Christ.
Ed Stetzer 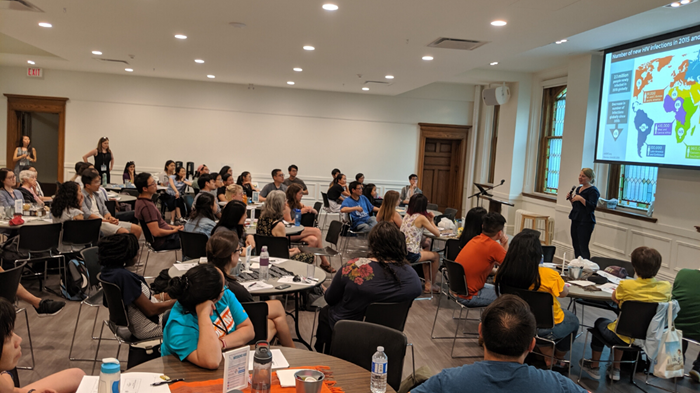 Today, I’m happy to welcome Phil Reinders and Khenva Dave to The Exchange to talk about Missions Hub, a network of missions agencies, churches, and groups on the University of Toronto campus that are committed to sharing the good news of Christ. Phil is the senior minister at Knox Presbyterian Church, where Missions Hub’s collaborative workspace is located. Khenva is the Mobilization Coordinator for Missions Hub.

Ed: Tell me about the Missions Hub.

Phil: The Missions Hub originated from a question: “Can we create a collaborative coworking space for mission agencies where largely under-funded, probably solitary mission workers or agencies might be able to find a sense of community?” 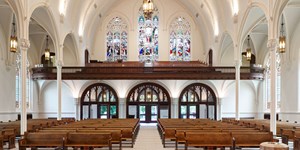 Khenva: I get to work collaboratively with Knox Church and for different missions agencies, including OMF Canada, TEAM Evangelical Alliance Mission, WIC of Bible translators, and Avant Ministries.

My job is primarily as a collaborative mobilizer. I engage with students mostly at the University of Toronto, but I also work with others who are figuring out what missions looks like for them. My job often includes putting on events to engage with missions, leading prayer meetings to learn how to pray well for different nations, and training groups of students to mobilize on their campuses.

Phil: Knox has a long history of missional engagement, but more recently has wrestled with how to engage the new realities of mission in the world. We always ask how we can engage the next generations into our missional work. 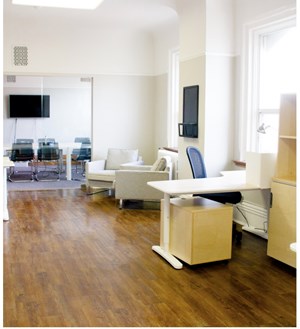 Missions Hub has become one of the primary ways that university students are exposed to the mission of God across the world. We’ve seen a lot of interaction between participants in the Missions Hub who are not all from Knox Church, but are from a wide variety of different churches in the greater Toronto area.

Ed: Five years from now, if Mission Hub is firing on all cylinders, what's it going to look like?

Khenva: Hopefully, there will be a lot of multiplication of mobilization. We’d love to see the kind of collaboration among different mission groups happening all across the nation. Because of our close partnerships with campus groups, we are excited to see that collaboration go all across campuses in Canada.

Similarly, I would love to see churches across Canada come together to collaboratively do missions with missions agencies.

Phil: Five years from now this program would ideally be duplicated in two or three other core centers. We hope that we could have this sort of Missions Hub near universities or other spaces, but also have a wider church partnership and increased awareness among many more missions partners.

We want to see this become a piece to connecting with new generations of people sent on God's mission.