Out of Sight, Out of Mind and the Struggle for Missionary Priorities

Perhaps God has something to teach us if we’re willing to posture ourselves to listen and learn from voices beyond our homogenous echo chambers.
Matt Rogers 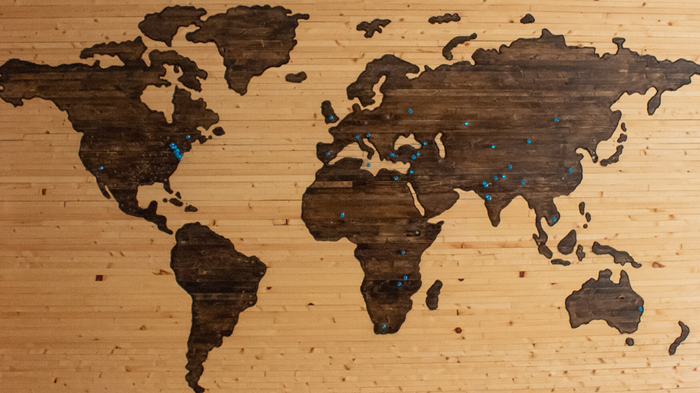 Lurking behind these common statements are foolish, irresponsible, and sometimes even sinful, practices that wreak havoc on our lives. One common cliché that deserves some reflection has to do with our perceptions: “Out of sight, out of mind.”

This quip is used to denote matters that seem to slip from our consciousness with ease if they are not continually before our eyes.

Sadly, God’s passion for the lost, particularly within the unreached nations of the world, can become “out of sight, out of mind” even for the most missionary-minded among us.

Amid the sundry of demands vying for a disciple’s attention, the church’s concern over the heart-breaking, soul-stirring, prayer-motivating, action-demanding passion to see the truth of the good news of Jesus known and worshipped by all peoples of the earth can be lost.

The Nations as God’s Priority

While the nations may be out of sight and out of mind for us, one thing is certain—the nations are central to God’s thoughts and actions. We know the priority God places on the nations by considering the abundance of attention this theme receives in Scripture. A cursory scan of the scriptural storyline brings this theme to the forefront.

Yes, the nations are very much on the mind of God.

The Nations as a Kingdom Priority

From the inception, churches of various backgrounds have aligned around missionary objectives, central among those the task of getting the message of Jesus to all the peoples of the world. History testifies to the fact that we, as the Church in North America, are “better together” when we align around grand missionary purposes.

This idea is often thought of in additive terms—the various churches in a region or state add resources and workers to the missionary task force, thus doing more together than any singular church can alone.

You bring your one, someone else brings their one, and I bring my one, and together we have three. Clearly three is more than one, so we are better together. But such an additive understanding seemingly doesn’t go far enough.

The notion of associationalism, denominating, and networking actually implies more than additive value. The synergistic partnership of churches can have a multiplicative effect that exceeds our additive expectations.

How? We bring our missionary loaves and fishes to a God with multiplication power. He’s not confined to our math rules. His Spirit multiplies our effort to produce far more than we ask or imagine as each of our churches brings our unique gifts, passions and abilities.

As you bring yours and I bring mine, we hand them over to a God who excels—in fact, who seemingly enjoys—at defying the odds of human logic. At our best, we recognize that there is no omnicompetent missionary church.

No single church, regardless of the size, status, or ability, has the power to feed all of the vast nations the Bread sent from Heaven. So, like little children, we bring our meager offering, place it together with others, and watch God feed and satisfy those whom he is drawing to himself.

The Nations as a Present Priority

Finally, the nations must not escape our notice because of our unique place in salvation history. Never before has vision for the nations been so accessible.

With the swipe of a finger, we can see first-hand stories of God’s work in the world and, in an astounding feat of technological brilliance, I can now drive down the road in my truck while talking to workers advancing the gospel in remote parts of the world.

Never before has access to the nations been easier. A few dollars and a cushy neck pillow gets us to places that were once far removed from the church in North America.

Never before has proximity to the nations been more normative. From Los Angeles to Boston and all points in between, we live in globalized cities in a soon to be majority ministry world where I no longer have to board a plane to get to the nations, I simply have to walk next door.

And, finally, never before has our need to learn from the nations been greater.

It’s seemingly an inarguable truth that the center of world Christianity has shifted from the West, meaning that the most significant activity of God’s Spirit, some of the most vibrant forms of worship, much of the best contextual missiology strategy, and the most robust theological formulations and anointed preaching are found, not here, but there.

Perhaps God has something to teach us if we’re willing to posture ourselves to listen and learn from voices beyond our homogenous echo chambers.

Out of sight, out of mind? Not for God. Not for churches at our best. Not for our increasingly diversifying world. And, God willing, not for the leaders and the churches who head into 2020 following a missionary God.

Out of Sight, Out of Mind and the Struggle for Missionary Priorities

Out of Sight, Out of Mind and the Struggle for ...