Lausanne
Lausanne North America (L-NA) is committed to extending the influence and passion of Lausanne Movement by connecting influencers and ideas on mission and evangelism for Christ and His Kingdom. Read more from this column.
December 18, 2019Lausanne

Preparing for Persecution: A Critical Function of International Student Ministry 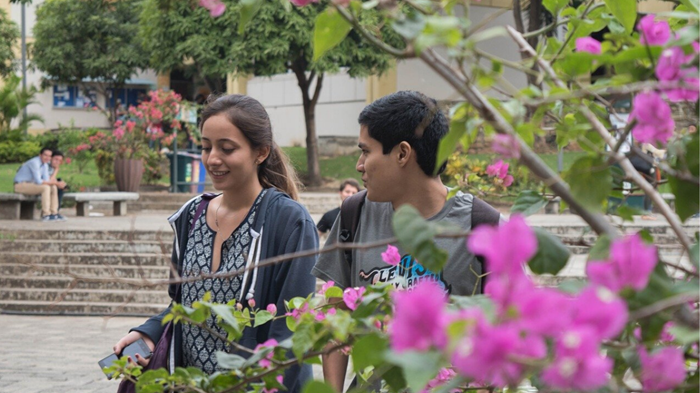 The church’s outreach to international students (ISM) makes sense, as was affirmed in The Exchangeon October 19. The over one million students in the U.S. present a huge opportunity for fulfilling Jesus’ commission to reach all the world’s ethnic groups, including cultures to which foreign missionaries no longer have access.

Opportunities, however, bring challenges. Rising religious persecution worldwide means that a greater percentage of international students will return to unfriendly environments. Christians and their God may no longer be welcome or tolerated, and practicing the Christian faith has become increasingly illegal.

This has always been true to some extent. ISM workers have regularly adjusted their discipleship methods in accordance with the safety needs of students. The difference now is the level to which persecution has risen.

China’s sinicizationprocess is trying to rid the country of all religions deemed incompatible with the Communist Party. Even secular media report of churches being razed, leaders being imprisoned, and pastors being “disappeared” because they refuse to bow to the demands of the Party.

Christians in India are feeling pressure from a government that since 2015 has mandated a nationalism that equates being Indian with being Hindu.

These contemporary realities affect both students and the ISM workers who are trying to reach them with the Gospel of Jesus Christ.

How might a student’s experience on a campus in the West today be different than a few years ago?

Even 20 years ago, we were aware that some international students were under surveillance. Foreign political parties and leaders of other religions, for example, kept a close watch on students lest they become too friendly with American Christians.

Some students received warnings to limit their contacts with Christians. New believers might put off getting baptized until the last minute before departure to avoid some of the more serious consequences of changing their religion. “Airport conversions” were frequent.

Advances in technology have made surveillance an even greater threat today. Microchips in cell phones allow political or religious snoops to monitor a student’s whereabouts. Attempts to bypass surveillance by using a different cell phone can result in a search, trying to solve the mystery of why a certain student is no longer visible in the tracking system. It can be difficult to fool Big Brother.

How does the threat of persecution affect ISM personnel?

An ISM worker’s purpose is to share the Good News and train new believers in the teachings of Jesus. We envision new believers returning to their own people to pass along the same gospel, become effective members of local gatherings and even start new churches. These are reasonable dreams.

Mounting reports, however, suggest a different scenario. Difficulties spring up in practicing the faith in any public way. ISM leadership was concerned for many years about the high percentage of dropouts among returnees, even before the current rise in persecution.

Many who had shown promise on campus dropped out of active involvement once they were re-immersed in an atheistic or anti-Christian society. Today’s persecution has increased the likelihood of dropouts.

The backbone of any missionary enterprise has always been the church. So it is with ISM. We need the entire church’s support and involvement to realign and strengthen discipleship on campus so that returnees become prepared to survive and thrive in hostile environments.

Jesus said clearly that those aspiring to be his followers must count the cost. The sign on the road to discipleship warns, “Caution! Suffering ahead!” Yet, here in the West we often have little to say about suffering and persecution.

Some have objected to our teaching about persecution: “Wouldn’t we be arrogant to teach others how to endure persecution when most of us have no personal experience?” Possibly so, if we were to pretend to have all the answers.

Our job, though, is to share the one resource that we have in common, God’s Word, and guide others in applying it to the specifics of their own lives. We teach boldness coupled with wisdom. We explain the dynamics for experiencing joy and suffering simultaneously. We demonstrate how the Spirit is the source of our strength.

Christian returnees will, more likely than not, already be aware of potential dangers that may lie ahead when they become known as Christ-followers.

We don’t need to conduct awareness campaigns as much as we, the church, need to ground students in the faith while they are still living among us, preparing them to stand firm in the face of threats and intimidation, and move forward in spite of pain and persecution.

We encourage them to memorize Scripture so that they can meditate on God’s Word wherever Bibles are forbidden. We remind them that our love for Jesus strengthens us when we are ostracized. We come alongside students in prayer, undergoing their suffering as if it were our own.

Finally, we urge students not to live in fear but to trust in God’s promises, praying with faith, “Your will be done on earth as it is in heaven.” Bibles and churches can be burned, but God’s Word and his Spirit cannot be stopped.

Carmen Bryant, ISM Specialist, has been involved in ISM since 1996. She was formerly a missionary in Indonesia and the Philippines, doing Bible translation and teaching.

Preparing for Persecution: A Critical Function of International Student Ministry

expand
Preparing for Persecution: A Critical Function of ...