When faith is at the center of a person’s life, it can provide a strong anchor in even the roughest storms.
Jamie Aten 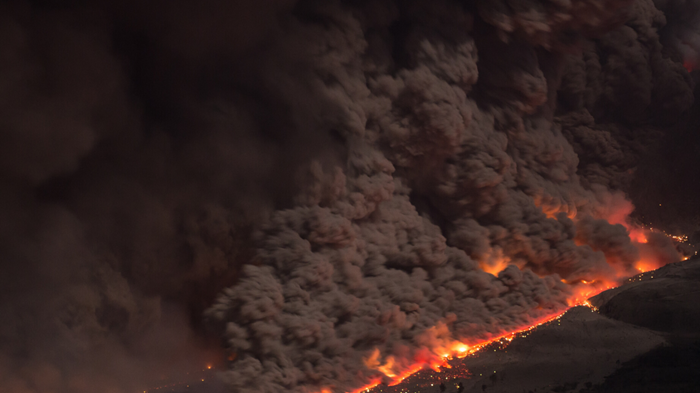 When disaster strikes, research shows that many people turn to religion to make meaning and cope in the aftermath. But significant traumatic events like disasters can challenge peoples’ previously held beliefs and experiences, including their idea of God.

This can threaten to turn their worldviews upside down. They may wonder how God allowed this tragedy to happen, or how to reconcile their idea of a “good” God with the reality of pain and suffering they see.

Within the psychology of religion/spirituality literature, this is often referred to as a “head-heart discrepancy.” This may lead to what is known as religious cognitive dissonance. The Encyclopedia of Religion and Society explains the phenomenon as follows:

Simply put, the bigger the discrepancy, the more likely people will feel stressed as they try to reconcile their disaster experience with their established religious beliefs and experiences.

To better understand why some people might experience greater religious cognitive dissonance than others in the aftermath of a disaster, our team at the Humanitarian Disaster Institute recently conducted a laboratory study led by Dr. Daryl Van Tongeren (Hope College) and published our findings in the American Psychological Association journal Psychology of Religion and Spirituality.

Particularly, we wanted to better understand what role the centrality of one’s religious belief might play. We measured the degree to which religion acts as a guide for people’s lives through a scale that measures what is technically known as intrinsic religiousness.

According to the Encyclopedia of Behavioral Medicine:

The study was comprised of 149 participants who were randomly designated to watch one of four brief video clips that ran for approximately three minutes in length, without sound to reduce confounding variables that could have been introduced (i.e., some sounds may have been perceived as more threatening than others).

Findings showed that individuals for whom religion played a less significant role in their daily life were more likely to view God as less loving and good after watching video clips of the raging fire or 9/11 terrorist attacks.

We also discovered that for these participants who saw religion as more of a ‘means to an end’ than as central in their life reported experiencing higher levels of religious cognitive dissonance. That is, they reported that watching intense disaster video clips caused confusion between what they knew about God and what they felt about God. As we wrote in our article:

The findings of this experiment reveal that exposure to existentially threatening stimuli—namely, natural disaster footage or video coverage of 9/11—leads to greater religious cognitive dissonance among the less intrinsically religious. Specifically, among those for whom religion was less central, the existentially threatening primes increased the discrepancy between benevolent cognitive representations of God (i.e., believing that God is good) and benevolent God images (i.e., experiencing God as good).

The study also found that those who reported that religion played a bigger role in their lives were able to better reconcile their understanding and experiences of God after watching these distressing video clips. In our article, we also noted:

Though not the primary focus of this study, it’s interesting to note that the video clip of the Deepwater Horizon oil spill did not provoke a significant religious reaction among participants.

This suggests that people are less likely to struggle with how they view and relate to God in the aftermath of a technical disaster (which may be more likely attributed to a human error or chance) compared to a terrorist attack or natural disaster (e.g., “acts of God”)—disasters that represent a more direct and immediate threat that could be coming from or even directed by God, capable of challenging or rupturing people’s head and heart knowledge about God.

Overall, this study suggests that people who report faith as being central to their life are more likely to find comfort in their religion amidst suffering. This is likely because their worldview, built around faith, helps solidify their understanding and experiences of God and allows them to better integrate hardships, which in turn decreases religious cognitive dissonance.

In other words, this study shows us that when faith is at the center of a person’s life, it can provide a strong anchor in even the roughest storms.

Dr. Jamie D. Aten is founder and executive director of the Humanitarian Disaster Institute at Wheaton College in Illinois. His latest books include the Disaster Ministry Handbook and A Walking Disaster . In 2016, he received the FEMA Community Preparedness Champion Award at the White House. Follow on Twitter @drjamieaten.