More than anything else, and perhaps now more than ever, a seeking world needs to see the shibboleth of Jesus by the people who claim to represent his name.
Jeff Christopherson 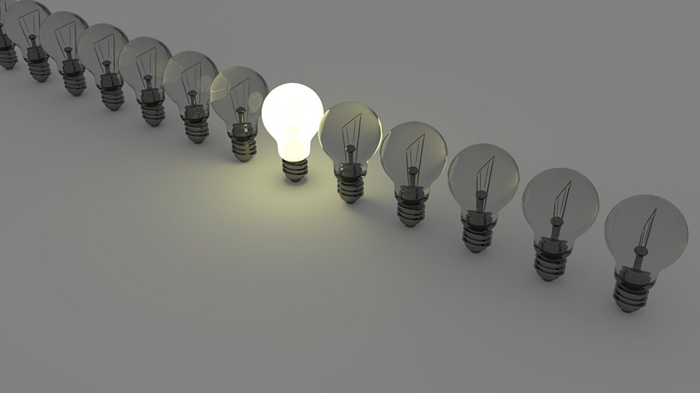 In various ways, I’m often asked, “What is the most significant missiological issue hamstringing the church in North America today?”

My response is usually instinctive and immediate. It is the confusion caused by a quasi-Christian evangelical subculture sporting the team colors but seemingly playing for both sides. It is a tepid spiritual murkiness (Rev. 3:16) that clouds our witness emanating from a divided allegiance between the Kingdom of God and sacred cultural preferences.

It’s the spiritual disorientation stemming from a pathetic and powerless Jesus created in our own image and hoisted high to boldly declare tribal affiliations (2 Tim. 3:5).

It is somewhat bewildering to a lost world that the Jesus we claim to follow seems to be leading us to very shadowy places. And the confusion seems to be increasing exponentially.

Theological orthodoxy maintains that light and darkness come from opposite spiritual sources. The dominion of darkness and the Kingdom of God, although not equals, each demand exclusive loyalty, and fidelity produces very distinctive fruit.

Truth comes from God. Lies come from Satan. Fruit is derived from its essence. That’s easy.

But everything within evangelicalism isn’t so cut and dry. Subtle areas of murkiness of the heart require greater skills of discernment, but are no less devastating to our witness.

We now are recognized as a formidable and wealthy subculture with considerable cultural influence. Religious salesmen, politicians, and top-tier entertainers are now tripping over themselves to quote (or misquote) a Bible verse—knowing that this sacred act could endear them to the coveted evangelical machine.

From the outside, it would appear to be a good time to be us.

But is it really?

All that Glitters Isn’t Gold

In all our evangelical fervor, we have made a costly error in our theology.

For many, we have reduced the cost of discipleship to a mere rehearsing of an enchanted prayer. Our evangelistic pitches have answered every question, removed every objection, and paved the way for an easy and quick conversion.

Sadly, it has become so easy to be given the status of “evangelical Christian” that it can be done without ever experiencing a new birth.

The process is essentially cultural. Salesmen, politicians, and entertainers have taken note and have adapted their appeals to this new breed of evangelicalism. And the subculture has flourished.

The essential, distinguishing issue in this new religious-esque culture is not the character of our hearts, but the vocabulary of our expression. Our subculture has developed universally understood code words that offer indisputable evidence of our club membership status. But this is nothing new.

There Is a Bomb in Gilead

If we dig into our biblical history, we will remember a clever military tactic between two warring kingdoms, Gilead and Ephraim, which has relevance to our day.

These two neighboring tribes were separated only by the Jordan River (Judg. 12:4-7). The people of Ephraim invaded the land of Gilead and were thoroughly routed by Gilead’s superior leadership under Jephthah. Jephthah then organized his army to cut off every possible path across the Jordan, thus trapping the invading marauders.

They won a clear and decisive victory. But with the great victory came an insidious problem; there was a ticking bomb inside their own land, living amongst their own people.

The people of Ephraim looked, dressed, and talked just like the people of Gilead; the enemy was now dwelling among them and was virtually indistinguishable.

The ramifications of this problem must not be overlooked—There can be no unity, peace, or significant advancement when the enemy lives amongst you.

Gilead was in big trouble.

To Gilead’s credit, they were not content in resigning to the impossibility of the situation, but instead began to engineer a clever plan to uncover the enemy aliens and diffuse their explosive potential.

Even though the Ephraimites looked, dressed, and talked just like those from Gilead, they were unaccustomed to using a ‘sh’ sound in words, but instead would naturally use an ‘s’ sound.

This was the key to Gilead’s plan. Every time a man would ask for permission to ford the Jordan River, they would be asked to use the word “shibboleth” (which means a fast-flowing river) in a sentence. When someone would respond, “sibboleth”, they would immediately know that this was an Ephraimite attempting to return to his homeland.

Through this process, the Gileadites located and eradicated 42,000 enemies who were posing as their own people.

We evangelicals have our own “shibboleths,” but unfortunately for us, they are rather easy to learn and repeat.

They are found in our evangelical glossaries and come glibly off our lips; ‘fellowship’, ‘brother or sister’, ‘born-again’, and a well-timed ‘amen’ indicate our club-status within the subculture. Use these words at the proper time with the right inflection, and brother, you are in! Amen.

Another “shibboleth” that is necessary to master is one of social conventions. To be a member in good standing in our subculture, it is necessary to share the same opinions on most disputable matters.

If you show the same set of likes and dislikes (dislikes are definitely more significant), you can probably pass for one of us. To make things much easier to assimilate into our subculture’s shared conventions, we have gradually been aligning ourselves with the greater cultures ideas on materialism, pleasure-seeking and even economic policies.

The icing on the “shibboleth” cake, after the uniformity of vocabulary and opinion, is the ability to produce a worthy pedigree.

If one can affect some civilities that reflect a godly heritage, such as semi-consistent church attendance, a sealed envelope in the offering plate, and the occasional cliched prayer, it will comfortably ensconce unregenerate evangelicals in plush padded pews without anyone ever questioning the veracity of their faith.

Passing the test of “shibboleth” is not difficult.

What Is the Shibboleth of Jesus?

Jesus had a different “shibboleth.” It wasn’t vocabulary or opinion or pedigree; it was Kingdom obedience. In his manifesto of Kingdom culture (the Sermon on the Mount), Jesus articulated in one short paragraph the difference between religious culture and his countercultural Kingdom: “Not everyone who says to me, ‘Lord, Lord,’ will enter the kingdom of heaven, but only he who does the will of my Father who is in heaven.” (Matt. 7:21).

Jesus holds up as ‘exhibit A’ an example of a spectacular profession of orthodoxy and testimony of sacred involvement, yet these are a people who are completely unknown to him. As we read Jesus’ words, we scratch our heads in incredulity; this seems like a model statement, a beautiful confession. What’s wrong with it?

And therein lies the problem. There was nothing wrong with it. It was correct on every level. But correctness alone can never give us eternal life.

Sacred belief and practice apart from humble obedience to God’s Kingdom-revealing directives ensures no “shibboleth” before the Father.

More than anything else, and perhaps now more than ever, a seeking world needs to see the shibboleth of Jesus by the people who claim to represent his name. It is, without a doubt, the most significant missiological question of our day.

So, what will be our answer?

Shibboleth: The Most Significant Missiological ...