Are emerging adults are leaving their faith behind? We are hosting a conference to explore this question.
Rick Richardson 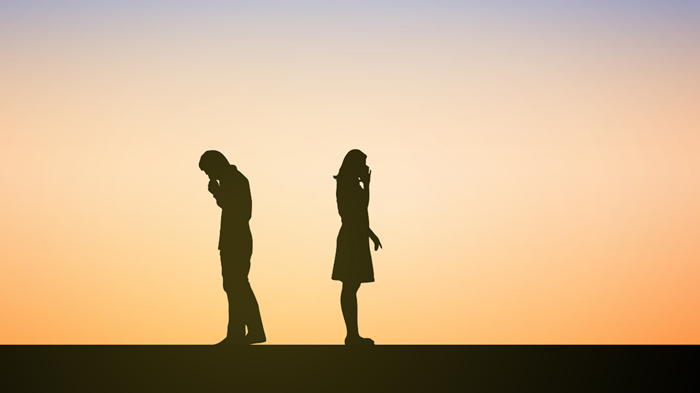 Image: By Banana Oil via shutterstock

It seems every few weeks a new article makes the rounds on social media heralding the collapse of religion in America. Often central to these pieces is an emphasis on the role of emerging adults, focusing either on their declining church attendance or their rejection of traditional beliefs or practices.

Emerging adulthood describes that phase of life between adolescence and full adulthood as marked by transitions like marriage and kids, settled careers, and owning a home. This life stage covers people ages 18-29 or so.

So what are we to make of the claim? Are emerging adults are leaving their faith behind?

Let’s start with yes. There is ample evidence to suggest that many emerging adults are questioning the religious beliefs and practices of their Christian upbringing while still others are leaving church altogether.

According to the Pew Religious Landscape study published in 2015, younger emerging adults (18-24), identify as nones at a 36 percent rate compared to only 25 percent in 2007. Just last month, LifeWay Research reported that “two-thirds (66 percent) of American young adults who attended a Protestant church regularly for at least a year as a teenager say they also dropped out for at least a year between the ages of 18 and 22.”

While many return, Kara Powell in Growing Young estimated the long-term loss at around 50 percent of those who initially left. Attempts to explain this exodus vary and often include descriptors of emerging adult spirituality like “Spiritual by not Religious” to characterize those who still value spirituality but have rejected religious organizations or doctrines as ways of pursuing their spiritual interests.

Turning to the other side, there is evidence that young people are not abandoning the church and their faith in droves. In a recent survey conducted by the Billy Graham Center Institute in partnership with LifeWay Research, we explored the spiritual lives and questions of unchurched people across the United States.

When we looked specifically at millennials, aged 18-34, we found that people in that generational cohort expressed more open and receptive attitudes towards the Christian faith and congregational involvement than unchurched people from any other generational cohort.

Among unchurched millennials, 39 percent expect to attend church regularly in the future as compared to 32 percent of Americans from other generational cohorts. Moreover, unchurched emerging adults maintain fairly positive views of Christianity (one-third think the Christian faith is good for society compared to less than 10 percent who think it is harmful) and are even receptive to invitations to church or church sponsored events from friends and family members (55 percent say such invitations would be effective in getting them to attend).

In essence, emerging adults remain more receptive to the Christian faith than we realize, particularly when compared to other unchurched people. This data suggests that the narrative of rejection and decline is overstated and that the spiritual lives of emerging adults are more complex than commonly believed.

While many have stopped attending church, factors such as the instability of this period of life (finishing high school, moving away from home, entering the workforce) are likely significant contributions to this absence rather than a simply a rejection of church or Christian faith as a whole.

Mainly because there are many groups of 18-29 year old people in America who have not been researched very well in relation to the issues of emerging adulthood and religion. There are some studies of Gen Z, those born after 1996, but only a small percentage of them have graduated from high school, after which most of the fallout happens.

For instance, Barna’s study on Gen Z, which looked at people born after 2000, had no people in the study who had passed senior high school age. Moreover, there are many questions related to people of color and emerging adulthood as a stage, as well as emerging adulthood and religion.

Our research at the Billy Graham Center Institute for instance found that unchurched emerging adult African Americans and Hispanic Americans are far more receptive to the Christian faith and congregations than White and Asian Americans. Generalizing about the patterns of all emerging adults can then be very misleading.

My point in spotlighting the negative, the positive, and the problematic in emerging adult studies is to draw attention to the complexity of the issue, as well as the frontiers of knowledge that need to be explored.

At present, emerging adults represent a substantial yet misunderstood age group for the church. The spiritual lives and questions of emerging adults require reflection not just on broad generalizations but also on the profound diversity that characterizes emerging adult religion in the U.S.

Churches need to respond to the reality that is there and not the often pessimistic predictions and generalizations that characterize our conversation at present. They demand in depth study and collaboration across discipline and ministry experience.

This April 23-24, the Billy Graham Center Institute in partnership with the School of Mission, Ministry, and Leadership at Wheaton College will be convening the inaugural Mission and Ministry Conference to address this need.

Led by thinkers such as researcher David Kinnaman of Barna, sociologist Patricia Snell Herzog, co-author with Christian Smith of Souls in Transition, and Brianna Parker of the Black Millennial Café, the conference includes leading sociologists, psychologists, and spiritual formation scholars.

It is an opportunity to push past generalizations and to seek to understand the richness and diversity of the spiritual lives and questions of emerging adults and how the church can respond.

So is the church losing emerging adults and, if so, why? Simplistic narratives might work to stir up social media but they often fail to grasp the real picture.

In April, the inaugural Mission and Ministry Conference is gathering to try to listen and understand. I want to learn more; I hope you do too.

Join the conversation on Facebook
Tags:
None
Posted:
February 15, 2019