This phenomenon affects many, and pastors may be particularly susceptible.
Daniel Im 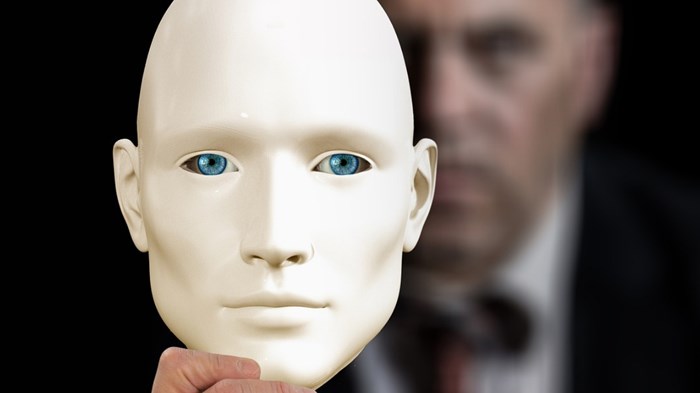 “What difference do you think you’re actually going to make?”

If you feel like I’ve just read your mind, welcome to the club! You’re officially a member of Imposter Syndrome Anonymous. In fact, since you’ve had these thoughts for a while, you might as well become a lifetime charter member. There’s just one catch—you can’t cancel your membership. It’s kind of like Hotel California: “You can check out any time you like, but you can never leave!”

In 1978, researchers Pauline Rose Clance and Suzanne Imes coined the phrase—the Imposter Phenomenon—and captured the essence of this very thing that seems to be progressively troubling so many of us. And with our lives increasingly being lived online, along with our follower counts displayed in a showcase for the world to see, this topic is of particular importance. After all, what’s healthier than comparing ourselves to one another in all of our filtered glory?

Although Clance and Imes initially researched how Imposter Syndrome affected high achieving women in a pre-internet and pre-social media world, 40+ years later it’s become quite apparent that this syndrome now affects everyone.

After all, when was the last time you found yourself in a room and felt like you didn’t belong—even though you had the academic credentials, degrees, experience, or whatever else you needed to get in? Or, have you ever wondered when people were going to find out and discover the real you? The you underneath the surface that you’ve hidden away? The you underneath that mask that you parade around with—pretending to be someone you’re not?

If so, then congratulations and welcome to Hotel California.

Where does the Imposter Syndrome come from?

According to the research, it’s often unintentionally or unconsciously nurtured from a young age in one of two ways. Maybe you had a sibling that your parents liked better. Your parents might’ve not verbalized it that way, but that sibling always seemed to get more praise and attention than you ever did. And when you would come home with a great report card, first place in an athletic competition, or some other achievement that you were proud of, your parents never seemed impressed—or at least that’s the vibe you felt.

That’s the first way the Imposter Syndrome would take root and begin developing from an early age.

But let’s say you had parents you could never disappoint. No matter what you did, you could do no wrong. Even if you came home with a bad grade on a test, your parents were always encouraging. You just couldn’t fail or displease your parents. If so, then the Imposter Syndrome took root in you heart, soul, and mind because—at a deeper level—you knew that you weren’t as perfect as your parents said you were. And even though your parents said it was okay, you were often disappointed in yourself.

As a result, you grew up with a sense of cognitive dissonance where there was a huge gap between your perception of yourself and your parent’s perception of you, inevitably resulting in the Imposter Syndrome.

How does the Imposter Syndrome affect pastoral ministry?

While the following points can easily be applied to those outside of vocational pastoral ministry, I want to specifically address how the Imposter Syndrome is directly affecting the state of pastors today.

In order to maintain appearances and keep up with the external perception of success, the Imposter Syndrome leads pastors to achieve and work hard. Now, you might be thinking to yourself, “If that’s the case, I wish more people on my team had this syndrome!” And yes, those with Imposter Syndrome can produce more than those who don’t, but at what cost?

Pastors who struggle with the Imposter Syndrome have this irrational fear that they will one day be found out for who they really are—unqualified imposters. As a result, they obsess over building up their public persona, or platform, so high that it becomes next to impossible for anyone to climb over the wall and see them for who they really are.

They pursue fame to such an unhealthy extent that their priorities flip. Instead of knowing and being known at a deep level by those closest to them, they prioritize shallow and distant acquaintances instead.

Veronica Greear put it well in this article that I wrote about the truth behind fame, “Fame is making yourself accessible to a bunch of people you don’t really care about at the expense of those you do.”

No wonder even pastors have been found out and accused for buying followers. Their obsession to build their platform and protect their façade of success has led them to value celebrity over authenticity.

Now, there is nothing wrong with having a platform. After all, pastors and leaders like Charles Spurgeon and Billy Graham wouldn’t have had the depth and breadth of impact that they had over the course of their lives without one. It’s just when you start turning your eyes upon the platform, rather than Jesus, things start to go awry and the scale tilts from a healthy respect for the platform to an unhealthy obsession for it.

3. The Imposter Syndrome is influencing pastors toward an unhealthy obsession for networking

There’s nothing wrong with networking—in fact, it’s an invaluable life skill that everyone should get better at regardless of their vocation. However, pastors who struggle with the Imposter Syndrome need to regularly check their motives because there’s often an ulterior one.

Like the power-hungry James and John, who asked to sit at the right and left hand of Jesus (Mark 10:37), pastors who struggle with the Imposter Syndrome often network to get ahead and position themselves for influence and power.

So instead of being fully present with whoever they’re talking to, they are constantly looking over the other person’s shoulder to see if there is someone else more important that they can spend time with.

If I’ve been describing you, and you either fully admit that you struggle with the Imposter Syndrome or you have hints of it, can I exhort you to read the rest of Mark 10? Particularly verses 35-45? Or even better, Matthew 25:31-46?

While you may never rid yourself of the Imposter Syndrome on this side of eternity, may you rest and know that there is absolutely nothing you can ever do to make God love you more or less. He loves you the same—just as you are—regardless of what you do or don’t do.

So let’s receive this grace and learn to see ministry not as a competition or a job, but as a holy calling that we’re doing fully and wholeheartedly onto the Lord. 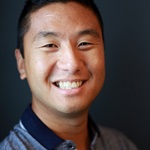 Daniel Im is the Director of Church Multiplication for NewChurches.com and LifeWay Christian Resources, Teaching Pastor at The Fellowship, co-host of three podcasts, and author of No Silver Bullets: Five Small Shifts that will Transform Your Ministry and co-author of Planting Missional Churches.