"Jesus set us up in such a way that it requires his whole body to bring the whole gospel to the whole geography."
Ed Stetzer 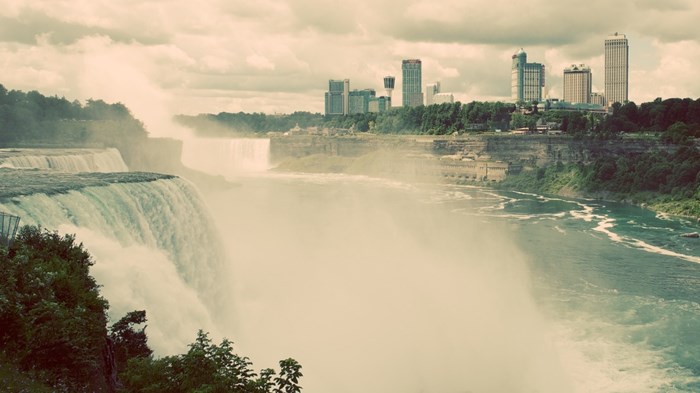 Image: Pixabay/Foundry
Not too long ago I talked with Jerry Gillis, Lead Pastor of The Chapel in Buffalo, NY. Jerry and others are leading a movement to saturate western New York with the gospel called The Church of Western New York. Below I talk with him about what God is up to in their region.

Ed: Tell me about the Church of Western New York and Pentecost Together. The video shows a remarkable array of Christian leaders who I never imagined seeing together in one place. What did you do and how did you get there?

Jerry Gillis: Two things. We've had two large scale events for the church in western New York. One was a 2013 Good Friday Together. We basically gathered ourselves together in downtown Buffalo and had worship and communion. There was preaching around the seven last sayings of Jesus during the time leading up to his crucifixion. We took up an offering and invested it into the city through a number of different city initiatives, whether that was toward education, housing, or other similar things.

And then we had another event in June of 2017, which we called Pentecost Together. It took place around the time of Pentecost, June 9th, which was right before Pentecost Sunday. Thousands of believers from all across the western New York region gathered together to worship. We hosted it in the First Niagara Center, which is in downtown Buffalo where the Sabres play.

To be able to have those kinds of events in the First Niagara Center takes time and intentionality – those things don’t just happen. Over the course of the last 12 years or so there has been a relational development in the Church of Western New York where brothers and sisters in Christ have determined that we are better together.

We believe that no local church can do the ministry and mission that Jesus has called us to on their own. Jesus set us up in such a way that it requires his whole body to bring the whole gospel to the whole geography.

So there were a lot of relational investments – meetings, coffees, breakfast, lunch, hanging out with one another, getting to know one another. Then, ultimately through a handful of us that God brought together, God birthed this vision to pull together an event as a testimony to the region and to the community.

Western New York has been a declining population for the last 40 years or so. Our community has struggled a bit over the last few decades, although signs are much better now economically.

We wanted to say to the community that we live in – the community of western New York – that we've come to the realization that we're all on the same team and that we are united in the mission God has for us.

We believe our mission is that every man, woman, and child here in western New York would have a repeated opportunity to hear, to see, and to respond to the gospel of Jesus Christ.

Ed: The event was quite diverse, both ethnically and generationally. That might have been a first for some people. What was the response of the people in the room?

Jerry: It was tremendous. I mean, the funny thing is that I have a tendency to think that sometimes we as leaders and as pastors are behind our people rather than being in front of them. In other words, it seemed as if the people that were there thought Yeah, this is what we should be doing. What took you guys so long?So sometimes it feels like we as leaders are trailing the people rather than leading the people.

In this instance particularly, that's what it felt like in the room. It felt like people were thinking to themselves “I'm at a family reunion. There are people here that I don't know.” We did some things intentionally to help people get to know, learn the names of, and pray with people they would never ever run into otherwise.

The only common denominator they had was Jesus. That was the only commonality in the room for everybody. And that was enough for all the people who attended. It was the beginning of relationships with people who weren’t like them but who were a part of the body of Christ. At that event, these kinds of relationships began to foster and start. It was super encouraging to be part of that.

Ed: I want to ask you a little bit about the title of your movement, “the Church in Western New York.” Why that language?

Jerry: Well, plain and simple is that we don't think Jesus is a polygamist. We believe he has one bride. At the end of the day there is one church in our region. I could say it this way: if Jesus were writing a modern-day letter to the church like he did in Revelations 2-3, it would be addressed to the Church of Western New York. It would be to all of us believers who are making up his bride in this region.

Jerry: We run around a phrase on occasion here in our local context that Jesus is the senior pastor. Once we get that theology straight, that Jesus himself is the head of his church, we can understand that Jesus is the senior pastor. For all the rest of us that means that, regardless of what we do in the body of Christ, we are some part of the body other than the head because he himself is the head.

We just have to find our place in the body. So we basically got a consensus from a bunch of churches in the region to form a core group which would be a part of pulling [the initiative] together and help set an agenda for what it would look like.

There were a handful of us leaders pulled from all over the place to help in a variety of capacities. We were granted permission by those in the Church of Western New York to lead and serve in that way. It was a mutuality of interdependency – nobody was the boss, which was remarkable.

Ed: The church you lead, The Chapel, is the largest church in western New York. Why not operate within your own system? Why help plant churches that are in other denominations as well?

Jerry: Here's the motivation: If I'm compelled by what I believe the mission of God to be, and if I genuinely believe that God's desire is that every man, woman, and child have repeated opportunities to hear, see and respond to the gospel of Jesus Christ, if I believe that rises up out of Scripture from beginning to end, that this is his heart, that his glory would cover the earth as the waters cover the sea, that there would be a saturation of the gospel in our region, I have to know that that can't possibly happen just with my church, even though we might be the biggest fish in the pond.

We measured our church members and their gospel presentations in our region and we accounted for less than one percent of the population of western New York in our gospel presentations. We're the largest church in western New York, and we only got to one percent of the population. It can’t just be us. We need a team if we want to live into our mission.

That is the only way this is going to happen. If I'm committed to that vision, our mission cannot be simply brand replication for The Chapel. If it was, we would not actually be helping move forward the mission of God at that point. We’d be growing our own empire. We can’t waste time doing that. We have a job to do.

The Chapel has a big role in that, because “to whom much is given, much is required.” We have a responsibility to partner with other local congregations to help plant other workers. And if those other workers are Southern Baptist, or if they're Evangelical Free, or if they're nondenominational with a bent toward being charismatic, we have a responsibility to partner in planting them all.

Ed: If you continue as you are doing what you're doing, what's the hope and the goal ten years from now?

Jerry: We put saturation at the center of the bullseye. We believe it's God's heart that this whole entire region has access to the gospel. Maybe even without coming or going anywhere, because God's people are in all of these locales and locations.

Ed: So if I was in, say, Dubuque, Iowa, and I want to create the Church of the Dubuque, what pattern would you encourage me towards?

Jerry: I would have a couple of recommendations. There's a pattern and a resource. The pattern that I would suggest is, first of all, if you don't know your brothers and sisters who are leading other congregations in your region, then you have to get to know them. This is going to be painstakingly long to do. This is generally the price that people don't want to pay because it's messier. It's harder, it can be more challenging, it's going to require of you a lot of coffees, and a lot of breakfasts, and a lot of lunches.

You're going to have to get together and start asking questions across the table of other leaders saying, “What is it you think God wants for our city?”

Here's the bottom line: When the Spirit of God is doing work in the hearts of people, we come to generally the same conclusions. It's going to be something that sounds a whole lot like the Great Commission. That's where we end up.

But this means we better know one another first.

I try not to make that prescriptive city to city myself because I think the Spirit of God knows far better than I do what it needs to look like in a particular location. In any specific place there will be a lot of cultural relatives.

But these are things that we've done before so you can easily go to Christtogether.org to be able to see how we're doing some of those things. There are a bunch of free resources that are there.