“This generation is less likely to affiliate with established religious groupings than previous ones, even if they do have a sense of spirituality.”
Ed Stetzer 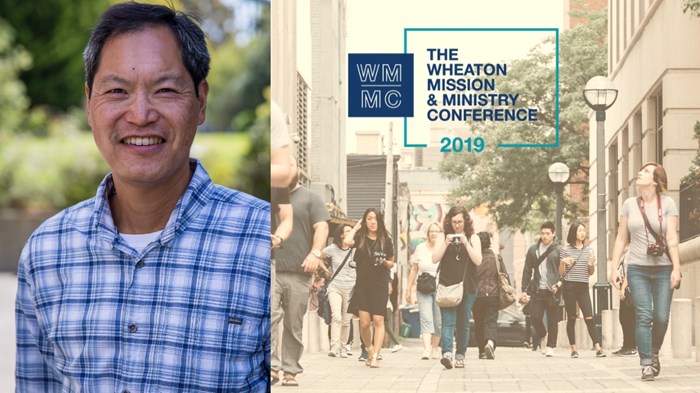 Image: Russell Jeung/Pixabay
On April 23 and 24, the Billy Graham Center Institute, in partnership with the School of Mission, Ministry, and Leadership at Wheaton College, will be hosting the inaugural Wheaton Mission & Ministry Conference. Our launching theme is Emerging Adults: Formation for Mission. We will feature top researchers, scholars, and practitioners across a variety of disciplines speaking into this issue. You can learn more and register here. Below, I talk with one of our presenters: Dr. Russell Jeung, Chair and Professor of Asian American Studies at San Francisco State University.

This trend towards non-religiosity and non-affiliation should be alarming to the Christian church, especially in terms of the corporate character of the faith. As Americans become hyper-individualized, it will see further declines in church participation and attendance, baptisms, member financial giving, and missions.

A key factor shaping this disaffiliation from Christianity is that emerging adults see that it has become too tied to partisan politics. Since this generation has high values for social justice, diversity, and environmental sustainability, they are looking for movements and groups that support these concerns in concrete ways.

Another trend affecting this group is technology and social media. Because they have more options than before that cater to their individual tastes and interests, they become more consumer-driven in how they spend their time. Churches must adapt and respond to this shift in order to draw in non-Christians and to serve their emerging adult membership.

Ed: In the upcoming book you did with Seanan Fong and Helen Jin Kim, Family Sacrifices, you address the complicated relationship between Chinese Americans and the growing category of religious “nones” in America. Talk a little about this research specifically as it relates to emerging adults and what you think are the most pressing issues.

Russell: Instead of focusing on the lack of affiliation and participation of religious nones among emerging adults, we need to identify the presence of enduring values that they continue to hold—what gives them ultimate meaning and a deep sense of belonging?

Surprisingly, we found that among our emerging adult sample that “being a good parent” was their highest goal in life, even when our respondents didn’t yet have their own children. Chinese Americans further elaborated that family sacrifice was the key narrative that made sense of their lives—from understanding their past, living in the present, and hoping for their future.

Ed: Your book, At Home In Exile, is a powerful window into your time living and ministering among refugee and marginalized people in East Oakland. In what way is social justice connected to the spiritual lives of emerging adults?

Russell: I’ve spent the last three decades living in a low-income community in East Oakland, California, to live out Jesus’ call for reconciliation and to witness his good news of shalom. While our little church hasn’t been that successful in transforming our neighborhood, we have been faithful in our pursuit of God’s justice here.

Emerging adults who join our congregation do so because they are drawn in by the relationships our church has with our community. Beyond just hosting programs or advocacy, we have authentic, long-term relationships with neighbors who may differ in race, class, sexuality, or nationality status. Instead of merely talking about justice, we seek to build solidarity with others as we stand with people in their struggles.

Emerging adults can easily see the contradictions of our society and long for justice. What they need are pictures of communities that reflect the Beatitudes of Jesus.

Ed: What would you say to churches, pastors, and ministry leaders about the role of the church in the U.S. today?

Russell: One frightening trend in the U.S. is its political division, and the church has been complicit in creating ideological segments that are bubbled from each other. Jesus’ disciples cut across political approaches, as he reconciled Jewish zealots with Roman tax collectors. We in the church need to be peacemakers in the same way—recognizing that our faith is a way to reconcile races and political parties to establish God’s kingdom.

This kind of unifying, revival movement based on love, grace and reconciliation seems unlikely, but what the church needs to be praying about and establishing. If emerging adults could see people across partisan divides working together for the common good, that would be a powerful witness.

Ed: What is your hope for the Wheaton Mission & Ministry Conference more broadly?

Russell: From my vantage point, I see the church in decline and in crisis. But this crisis is an opportunity for the church to be pruned and refined, to be more faithful to God’s call. I would like to see the church re-emerge as one that adheres to its eternal values, but lives it out well in this particular context of division and inequality. I especially want to see how Emerging Adults organize and lead themselves with different forms and structures of worship and ministry. This conference will help us define the key issues facing the 21st-century church in America and how emerging adults will develop the emerging church.