One-on-One with James Choung about evangelism and discipleship.
Ed Stetzer 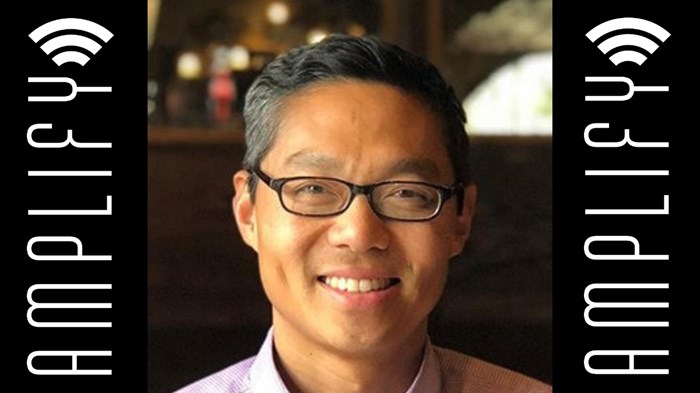 Image: Intervarsity
This summer we will be hosting the Amplify North American Evangelism Conference from June 25-26 at Wheaton College in Wheaton, IL. Amplify has become the largest evangelism conference in North America and one that I am proud to host.

This year’s theme will be “Preoccupied with Love” and will feature key leaders today such as CJ Rhodes, Alan Hirsch, Colin Smith, Trillia Newbell, Jenny Yang, R. York Moore, Sam Owusu, and more. James Choung, Vice President of Strategy & Innovation at InterVarsity Christian Fellowship, will be presenting on “Discipleship: What kind of lived life integrates evangelism into each day?” Below is an interview I had with James.

Ed: It’s hard to deny that we are living in challenging times culturally. The church’s influence is fading, and we are struggling to find answers to some hard questions. What’s your take on the health of the church today, especially as it relates to our witness?

James: Can I respond with a story? Just trying to be like Jesus, right?

I was invited to speak at a large student conference in Michigan, and they came from all over the state. As I took the elevator up to my room, I struck up a conversation with a student who told me that he was not a Christian, but that he was at the conference to explore the faith.

As he talked, I sensed that he was bothered by Christian political engagement. So I said, “The point of this conference isn’t so that you can become a Christian, but it’s so that you can learn how to become a follower of Jesus.”

“I’m so glad you said that,” he said, obviously relieved. “I thought that if I became a Christian, I’d have to vote a certain way.”

Before the conference was over, he responded to an invitation to faith, and had given his life to Jesus as Lord and Savior.

Of course, I want him to own his identity as a Christian. But for people who don’t yet follow Jesus, the term Christian comes with so much political baggage that it’s just easier to call people to follow Jesus instead.

On campuses in some parts of our country, when skeptics find out that we’re Christians, we are often asked who we voted for. That’s new. It has become the new litmus test: Are these the kind of people I want to be connected to?These are, albeit anecdotal, data points that show that politics has become the new religion.

This story is a roundabout way to get back to your question. The church is beautiful and loved by God. There is much goodness and generosity in it, and the Holy Spirit still dwells within her.

But I do wonder if our moral or spiritual standing gets compromised by the church’s political alignments – real or perceived. In 1835, French diplomat and historian De Tocqueville was struck by America’s diversity and zeal in religion, concluding that “any alliance with any political power whatsoever is bound to be burdensome for religion.” Although written almost two centuries ago, that still seems to hold true.

Politics has certainly muddied the spiritual waters on college campuses, so much so that at a recent invitation to faith, I had to clarify that I’m not asking them to become Democrat or a Republican, that neither party can rightfully claim to be the party of Jesus or the Kingdom of God.

James: Dallas Willard wrote that “we live at the mercy of our ideas.”

So, if we aren’t helping skeptics and seekers understand Jesus and His Kingdom, I wonder if our vision of evangelism is too small.

If we reduce evangelism to a strategy or a script – even one like the Big Story(a gospel presentation that InterVarsity uses) – then it won’t be compelling. Only actors like scripts. And if we put evangelism in opposition to everything else that happens in the Kingdom, then we’re really creating false dichotomies that aren’t helpful either.

We shouldn’t condemn anyone for their passion for discipleship, justice, spiritual formation, racial reconciliation, prayer, speaking in tongues, intercession, healing, care for the environment, or applying how their faith intersects their work. All of these things are good things of the Kingdom.

Evangelism, then, can include explaining why you do the things you do in Jesus’ name. Another mentor of mine used to say, “Our actions are not self-explanatory.” He was just saying that if you lend someone else your car or you march in a protest, you have an opportunity to let people know why.

Your words will help others understand why you do the things you do.

So instead of putting these other Kingdom values in opposition with evangelism, perhaps we can help people share the faith reasons of why they do the things they do, and share other ways that God intersects with their lives. Then, if given the chance, we could share about what Jesus came to do, and invite them into the same story that we’re living out.

Ed: You are a plenary speaker at our 2019 Amplify North American Evangelism Conference next summer, and you are talking about “Discipleship: What kind of lived life integrates evangelism into each day?” Tell me about the intersection of discipleship and evangelism for all believers.

James: Discipleship and evangelism shouldn’t be set against each other. They’re a part of the same spiritual journey. What if evangelism was merely discipling skeptics and seekers, while discipleship is merely evangelizing believers to move more deeply into the Kingdom?

In this way, we could help everyone through a trajectory: from skeptic to seeker to follower to leader to world-changer. And although the goal of each stage might be different, the process is to help people hear God, respond to what they heard, and then debrief what they hear and experience through the community of faith.

In that way, we could help seekers hear from God for the first time, respond by giving their lives to Jesus, and then have a community to help them debrief their experiences. And at the same time, we want our leaders to have such an intimacy with Christ that they hear him – through Scripture and prayer – then respond, and then debrief what they hear through community.

Another faith community asks people to end their small groups with this question: What is God saying to you, and what are you going to do about it? It’s a great last question because it gets to the same discipleship process – hear, respond, debrief – while acknowledging that we could all be at different stages in our walk with Jesus, whether we follow him yet or not.

Join me at Amplify 2019 as we flesh out more of what it means to be Preoccupied with Love in a way that transforms individuals and communities. From now through March 1, when you use the code EXCHANGE25, you get 25% off the registration price, so now is the time to register yourself and/or your teams!