Let me shed a little light on the situation with Wheaton College and Ryan Bomberger.
Ed Stetzer 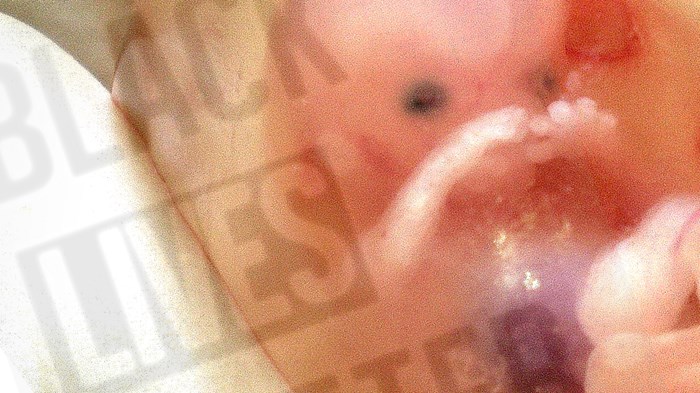 A tempest has arisen in the teacup that is the conservative blogosphere.

Let me try to shed a little light in the midst of the heat.

Last month, black pro-life activist Ryan Bomberger spoke on the Wheaton campus about abortion and race. A link to his speech is below, but what is not seen in the video is a question-and-answer session in which Bomberger made comments that several students found objectionable, and said so publicly. Bomberger took exception to their objections and said so publicly.

The blogosphere has taken it from there.

As I said, let me try to shed some light.

That’s correct—life “from conception” is in our community covenant. Faculty and students agree that we will, “uphold the God-given worth of human beings, from conception to death, as the unique image-bearers of God (Gen. 1:27; Psalm 8:3-8; 139:13-16).”

Wheaton has demonstrated its commitment to this deeply-held value. It was Wheaton College that sued the Obama administration over the HHS contraceptive mandate. And we won. That lawsuit came from our pro-life commitments. Forbes reported:

“We are grateful to God that the court recognized Wheaton’s religious identity and protected our ability to affirm the sanctity of human life,” said Philip Ryken, president of Wheaton College.

You can’t teach or go to school here if you don’t affirm life, from conception forward.

So any “Wheaton College is not pro-life” comments (as I’ve seen in some places on the Internet) are simply false.

People can go ahead and take my statement out of context. I’m fine with that. And, not only do I believe black lives matter, but I think it is unhelpful to say “all lives matter” in response.

Obviously all lives matter, but there are some in the African American community who wonder if the rest of the world believes their lives matter.

So, let me say it again: black lives matter.

Let me also say, unborn lives matter. (Ever notice that people don’t snap back, “All lives matter” to that?)

Now, Black Lives Matter, the organization, is quite another story. Some of its stated values are quite contrary to many values an evangelical would hold. I’ve posted many articles here at The Exchange that point out that reality.

It is irrefutably true that the African American community has been disproportionately impacted by abortion. Tens of thousands of unborn black lives have been lost to the tragedy of abortion.

That’s the primary message Bomberger brought to Wheaton’s campus and the reason I am writing this article. I’ve watched his presentation and share many of his concerns.

Furthermore, he has a compelling life story that powerfully undergirds his message— he was conceived in rape, adopted, and now is a black pro-life activist. I imagine that we’d get along quite well and we share some similar values.

In fact, Bomberger spoke at the Chicago March for Life this year, an event where I spoke last year.

However, after his presentation on the Wheaton campus, reports say he and several students disagreed concerning how to best respond to some issues concerning race, not abortion. I don’t know what they discussed beyond that, but students were bothered by his answers. They communicated their concerns to their student government leaders, and those leaders communicated the concerns in an email to the student body.

Actually, our student newspaper wrote about the incident:

… Wheaton’s student body president, who played a key role in drafting the school-wide email, said Bomberger went from “political disagreement into a place of a racially-aggressive speech that left students crying and feeling really unheard … their question wasn’t really addressed in a respectful manner.” Bomberger affirmed that students were upset, but denied that anyone had cried.

The student body president wasn’t there, but was representing what she was told by students who attended.

I wasn’t there either. But, clearly Bomberger knows that some folks were upset with his post-talk answers, and wrote (and wrote) about it in several on-line forums, including LifeNews, The Christian Post, Town Hall, and LifeSite News, with the title, “I went to Wheaton to talk abortion. The student gov’t flipped out.”

Other conservative sites then ran news stories based on his columns. Some joined the outrage, believing that anything bad about a Christian institution must be true, while others actually had the integrity to report facts.

Bomberger said some wanted to “silence the message and smear the messenger,” yet the video of the talk is available online and Bomberger himself has encouraged people to watch it. (How is a video “silenced” if it’s on the Internet?)

Of course, I’ve seen this before when I worked at LifeWay. People would say, “LifeWay banned my book, so buy my book to show them!” Obviously, books (and videos) are not banned or “silenced” when they are readily available elsewhere, but I get how this works.

Bomberger also indicated in his columns that he wanted a “Matthew-sort of conflict resolution approach to all this,” but that’s not how public dialogue and disagreement works.

Matthew 18 applies when you think I’ve sinned. If I’ve disagreed with you (even in a manner that you find questionable), that’s called public disagreement. Disagreement is part of public dialogue. If I’ve sinned against you, call me.

No one sinned against Bomberger. Some students disagreed with him.

If disagreement is unsafe, then Wheaton is unsafe. If you don’t like people challenging your ideas when you are intentionally provocative, this is not the place to come and speak.

I’m glad that I work in a pro-life place that cares deeply that people of color are valued. And, this is also my community now, and I will defend it when needed.

Furthermore, student leaders did not smear Bomberger. They disagreed with him and shared their perception and concern with fellow students. As the elected leaders of the student body, they represented their peers’ concerns.

These students objected to some of what he said after the talk, contrary to what you may have read in some places around the web.

You see, we debate ideas here at Wheaton, and our students felt that some of Bomberger’s comments after the talk were unhelpful and dismissive, not about abortion, but about other issues of concern to them.

Honestly, I would not have used the charged word “safe” that the students used in that email, but it does convey the kind of place we want Wheaton to be—a safe place to debate ideas and a safe place for people of color.

The issue in this story is not about whether pro-life messages are welcome on campus. It would be against our community covenant to promote views that undermine our commitment that life begins at conception.

But, when you speak provocatively, you open yourself up to criticism. When you speak out, it can have a jarring effect on the recipients of the message, and sometimes people don’t like what you said or how you said it.

You see, Wheaton is a safe place for differing ideas, but it may not be a comfortable place for speakers with untested or confusingly-articulated ideas. We sometimes disagree. We debate. That’s what we do in a college setting.

But, and this is key, when you’ve built your reputation as a speaker who says things in provocative ways like Bomberger has (and, at times, like I have as well), you can’t run to the press with a story saying someone is trying to silence and smear you when, in reality, three college kids pushed back in an email to their peers.

It’s not silencing, and it’s not about abortion.

Some college kids disagreed with Bomberger.

It is what it is.

Read part 2 of the series here.