The Advantage of Being a Minority: An Immigrant’s Missional Narrative

In God’s kingdom, a person becomes weak in order for their life to help others.
Daniel Yang 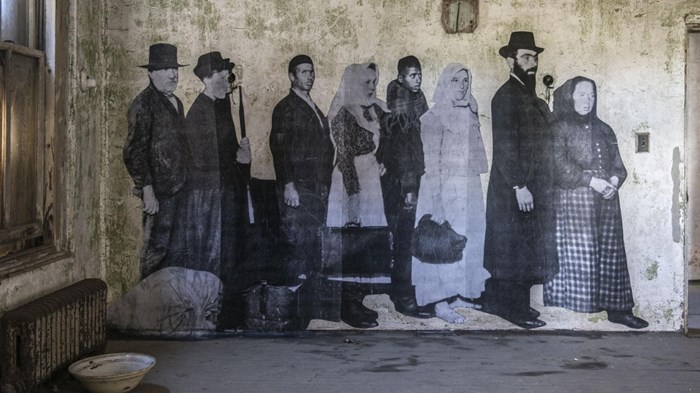 “Thus says the Lord of hosts, the God of Israel, to all the exiles whom I have sent into exile from Jerusalem to Babylon: Build houses and live in them; plant gardens and eat their produce. Take wives and have sons and daughters; take wives for your sons, and give your daughters in marriage, that they may bear sons and daughters; multiply there, and do not decrease. But seek the welfare of the city where I have sent you into exile, and pray to the Lord on its behalf, for in its welfare you will find your welfare.” (Jer. 29:4-7, ESV)

In 1975, the Americans pulled out of Southeast Asia and left many of the Hmong people stranded. My family was among the tens of thousands stranded in their home country of Laos. Those who fought alongside the Americans, like my dad, were hunted down and killed by the communist regime.

So they fled to the mountains and lived incognito for years before swimming across the Mekong Delta to find refuge in Thailand. My family survived years in the refugee camps before immigrating to Illinois in 1979.

Over the last 15 years of my life, I’ve been trying to understand the bigger narrative we belong to besides the refugee narrative that brought our family to North America. If God is sovereign in the way the Bible says he is, then I have to wonder if God brought us here to North America for more than just the American-Asian Dream.

Those of us who are minorities often ask ourselves, “Why am I in North America? Why am I more American than I am Latinx/Asian/African/Mediterranean/whatever-an?”

Those are the questions the Israelites are asking themselves in this Jeremiah passage. They found themselves in a strange country where they didn’t know if they were supposed to settle in or separate out.

If you’re a minority, you’ll have a unique perspective on this passage.

Every Minority Has a Babylon

“Thus says the Lord of hosts, the God of Israel, to all the exiles whom I have sent into exile from Jerusalem to Babylon.” (Jer. 29:4)

God is placing Israel in a place of weakness as a minority in a foreign country. Because there’s something about being a minority that has a refining effect. Anthropologists call this liminality. It’s the detoxification of things that aren’t useful. Here is the early beginning of the gospel message: In God’s kingdom, a person becomes weak in order for their life to help others.

If you feel like you were born with a disadvantage and you looked at it as a reason to pity yourself, you may have forgotten that God is capable of transforming your disadvantage into an advantage. God is for the underdogs. That’s why he likes to humble people—to make them the underdogs.

In the kingdom and the economy of God, your weakness (minority, disadvantaged, lack of resources, etc.) is often a place of strength. There are graces and mercies from God so deep that can only be experienced in exile.

What is God saying to the Israelite diaspora? He’s saying, “Go ahead and settle in. Babylon is the long-haul for you. This isn’t a short vacation, it’s a lifestyle change!”

At this point, other prophets were telling the political leaders of Israel, “Don’t worry, this won’t be long. You’ll be back in Jerusalem where you’ll be back to calling the shots, expanding your Kingdom, and ruling over Palestine.” The prophets were preaching a prosperity gospel and Jeremiah was saying, “Nope. This is going to be a long rehab for you!”

But more than that, God was also saying to Israel as the minority in a foreign country, “Have a dream for your family here. Have children here. Grow your roots here. Love being here. Love this season of your life.”Because the only way we truly change is that in our weakness and in our transition, we accept where we are. We embrace living in Babylon.

In this passage is a foreshadow of the gospel for minorities and anyone else who feels weak and unsettled in a foreign place.

You don’t have to assimilate.

You don’t have to segregate.

You have to incarnate.

Know yourself so well that you can comfortably deny yourself in any situation in order to win people over—to benefit them—to save them. That’s the fluidity of being a minority.

In Christ, You Lose Yourself to Find Yourself

“But seek the welfare of the city where I have sent you into exile, and pray to the Lord on its behalf, for in its welfare you will find your welfare.” (Jer. 29:7)

That is the pain and the pleasure of being a minority in the Western world.

You are not here for the American Dream.

You are here for the Kingdom Dream.

As minorities in North America, you are charged by God to pray on behalf of your cities. Your status keeps you humble and meek so God can use you. Communities like yours are essentially rewriting the missional narrative of the West. Where some of you used to be victims of war, in Christ, you are now a part of the saving agency God is using to preserve Western Christianity.

The good news is foreshadowed in verse 7: “for in its welfare you will find your welfare.” You never ultimately lose yourself when your identity is found in Christ.

When you know that in Christ you are truly forgiven of your sins—especially the sin of making your ethnicity or sexual orientation or gender or social status your primary identity—then you can truly forgive those who are considered your oppressors.

When, like Christ, you seek the welfare of the other, then God will be faithful to look after your welfare.

What do you pity as a disadvantage in your life? Could it be the thing God is using to keep you humble? If it is, then pity it no more. Because what makes you a minority can become your advantage in the Kingdom of God.

Join Daniel Yang, Director of the Send Institute at the Billy Graham Center at Wheaton College, on Friday, February 1 from 12-1PM CST for a webinar as he discusses “The Arrival Church: Activating North America’s Quickly Diversifying Mission Force.”

The Advantage of Being a Minority: An Immigrant’s Missional Narrative

The Advantage of Being a Minority: An Immigrant’s ...