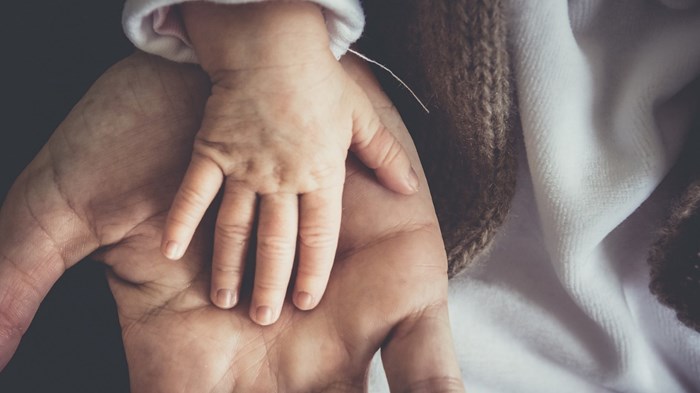 Last Tuesday, the state of New York passed the Reproductive Health Act signing into law a bill that will allow women to receive an abortion up until the baby’s due date. It is, as of now, the most expansive law of its kind in the country but perhaps not for long—pro-abortion advocates are already gearing up for other states to follow New York’s lead.

This development comes at a peculiar time when the American populace has actually been becoming more and more pro-life in recent years. In fact, according to Gallup poll data, 56 percent of Americans in 1995 would have self-described as pro-choice; this number, by 2018, has decreased to 48 percent. Likewise, the number of Americans identifying themselves as pro-life has climbed an enormous fifteen percentage points over that same time frame.

Beyond that, a vast majority (75 percent) of Americans support significant abortion restrictions. Even 60 percent of Democrats support restricting abortion after a woman reaches three months of pregnancy.

While New York’s passing of this law does little to reflect the ideals of the American populace as whole, it nevertheless will have great effect on the lives of thousands of women and children throughout the state.

When laws like this change, people can and should voice their opposition. As we’ve seen over the course of the past week, many continue to rise in defense of the unborn children whose voices have been stifled and human worth called into question. In fact, several states have proposed the passing of ‘heartbeat bills’ making an abortion illegal after a heartbeat has been detected in the baby.

But while legal recourse can be effective, it’s not always possible. In cases when convincing lawmakers and successfully addressing issues through those means becomes improbable, the circumstances require pro-life advocates to consider other options.

When it comes to this and other issues, there’s power in stepping back and asking ourselves an important question: Why? Particularly, we need to begin asking ourselves some thoughtful questions about the ‘choice’ itself: Why would any woman feel compelled to consider an abortion in the first place?

The answer is complex and the challenges faced by women across the country finding themselves going to abortion clinics for answers are not insignificant.

According to research published in 2013 by BMC Women’s Health, women cite a variety of reasons for having an abortion. For some, multiple causes are at play.

For 40 percent of those surveyed, financial preparedness was a concern. Others shared that they weren’t emotionally or mentally prepared to handle the responsibility (19 percent). Twenty percent said they felt the pregnancy would interfere with their educational or vocational plans. Twelve percent believed that they wanted a better life for a baby than they would be able to provide under their current circumstances.

Women across the country—each with their own set of stories and experiences—face these and other fears and challenges as they contemplate how to respond to their pregnancy. For believers convinced that both mother and child are image bearers of God deserving of love and support, understanding these concerns and finding ways to address women’s needs are crucial.

Here are some creative ways to support women and families through the stages of pregnancy and well after a child’s birth:

Bringing a child into the world is a serious undertaking; one that most, understandably, would want ample time to plan and prepare for.

Many today use various methods of contraception to prevent pregnancy. Other couples are doing the exact opposite as they struggle with infertility and desperately search for ways to make childbearing a possibility.

Regardless, what all couples and spouses want is a certain level of autonomy—the ability to dictate when and where conception takes place. Truthfully, there’s an extent to which couples who experience an ‘oops’ pregnancy are perceived in today’s culture as unprepared, ill-equipped, or irresponsible for having allowed such a slip up. Perhaps these stigmas—which affect everyone from pregnant teens to older married couples—actually wind up encouraging families to consider abortion as a means to avoid embarrassment.

Debunking this stigma requires a hard dose of truth: no pregnancy is really ‘planned’ in the traditional sense of the word. No couple can control when they conceive or give birth with 100% certainty and precision.

Moreover, children are a gift from God never to be viewed or referred to as ‘accidents’ or ‘mistakes’; single moms and couples needn’t question the value or worth of their child on the grounds of these unreasonable assumptions.

So often in these discussions, pro-lifers focus on caring for the unborn as their exclusive motivation. This emphasis is alienating for many women—not to mention, completely unbiblical.

Treating women who’ve already had or are currently considering an abortion as pawns in an ideological war is no way to go about advocating for the least of these. Illegitimizing their fears, challenges, and insecurities is hardly what Jesus would do were he living in our 21st century culture today.

We should shape our approach after what we see organizations like Care Net and Heartbeat International doing in pregnancy centers across the country as they provide women with care and judgment-free support.

Many women, as voiced in the BMC Women’s Health study, are motivated to get an abortion by the fear that any life they could offer their child wouldn’t be a good one. To this, many pro-lifers would reply: “Just put the child up for adoption!”

But many women are convinced that the foster care and adoption systems in our country are profoundly broken. To subject a child to that kind of upbringing is no better than to take away its chance at life altogether.

So perhaps the best way to advocate for the unborn is to care for the living. Becoming a foster parent is a wonderful way to provide a home for kids in need of a temporary place of nurturing. Those able to make a more long-term commitment might even consider pursuing adoption.

Regardless of the particular means or method, caring for the unborn requires more than just talk. It requires that the church rise up and commit to action on behalf of the least of these—both mother and child.