Be Fruitful: Challenging Yourself to Abide in Order to Bear More Fruit

The message of the love and forgiveness of God and his desire that all might find the fulfillment they are looking for in him is too important to neglect.
Jerry Root 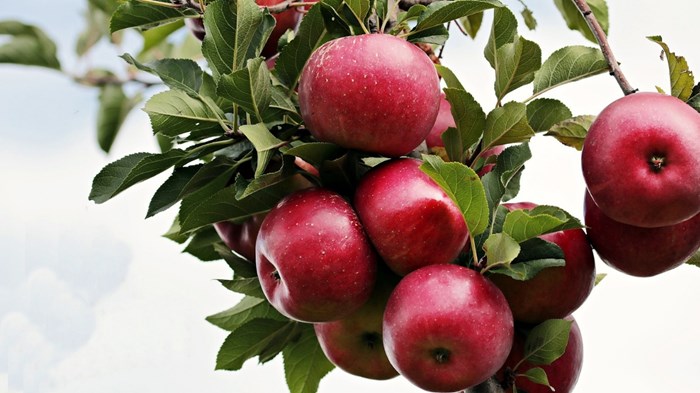 In John 15, Jesus said that he is the vine and we are the branches. As he develops the analogy, he adds, “Abide in me and bear much fruit.”

Furthermore, he says branches that do not bear fruit he removes and casts away. Those that do bear fruit, he prunes (that is, he refines) that they might bear more fruit. It is a process that he fully resources because he said, “Apart from Me you can do nothing.”

Perhaps some would say Jesus is speaking of the fruit of the Spirit and is challenging his followers to cultivate love, joy, peace, patience, and all of those qualities outlined by the Apostle Paul in Galatians 5.

While those qualities are of vital importance for all who take following Christ seriously, from the context of John 15 it is difficult to assert that the character of the disciple, important as that is, is what Jesus had in mind here.

Two things in the context clarify his point. In John 15:16, he said, “You did not choose Me, but I have chosen you, that you might go and bear fruit and that your fruit might remain.” It is a kind of fruit bearing that occurs as Jesus gives the last word, upper room instructions before he deploys his disciples to fulfill his mission to the world. He has in mind the life of reproducing reproducers for the Kingdom.

That is, Jesus wants his disciples who take seriously the role of following him to live lives of sharing the gospel with others and mentoring others so that they can also participate in this great work.

Furthermore, these words are at the very heart of the most fully developed instruction Jesus gives to his disciples and it is all about the mission of the church in the world. Go, in the power of the Holy Spirit, abiding in me, and produce fruit for the Kingdom of God.

In fact, Jesus says if we are doing our work well, we will turn every difficulty (the “pruning”) into opportunity to grow through the difficulties and actually produce more fruit as a result. Constantly, he emphasizes that we should produce “much” fruit!

Throughout the Gospels, we see the connection between leading others to Christ and directing the new believer to work in this great Kingdom enterprise. God loves people! So many live in ignorance of this fact. He wants them to know his love and deploys those who are abiding in that love to go and tell them. It is a privilege.

The man who had many demons cast out of him longs to go with Jesus. Jesus’ follow-up approach with that man was instead to go tell his family about him and tell them what Jesus has done for him. This man actually went out and proclaimed the gospel in ten cities.

After her encounter with Christ, the woman Jesus met at the well goes and proclaims what she has found to all in her city. Repeatedly in the Gospels, we see those who have had an encounter with Christ eager to tell others about him. In fact, Jesus called his disciples (the New Testament word for a disciple literally means “learner”) that they might “abide” in him; learn from him, by instruction and by contagion.

Then, he deploys them as apostles (the New Testament word for apostle literally means, “sent one” or more specifically “one sent with a message”). Christians who are true followers of Christ will abide in him, and tell others about his love and grace that those others too might know the love of God.

The reality, however, is that in the West the church seems to be dragging its feet in this great enterprise. Certainly, we can all recount horrible stories of insensitivity and obnoxious behavior of those who evangelize with insensitivity.

Nevertheless, Thomas Aquinas once wrote, “An abuse does not nullify a proper use.” The faulty examples should lead to a desire to do it better rather than an excuse for the disobedience that says we will not do this at all due to the bad examples.

Perhaps it is time for some of the pruning process to take place that we might do better. The message of the love and forgiveness of God and his desire that all might find the fulfillment they are looking for in him is too important to neglect.

Back to the idea of fruitfulness. If churches are not fruitful, perhaps we should look first to our leadership. Characteristics for leaders are given in the Epistles. The lists of qualities are not exhaustive.

What if churches expected that those in leadership have a record of accomplishment in leading others to Christ—that is, of mentoring others to that level of Christian maturity where those others are also active, each in his or her own vocational context, in making disciples? In fact, no one should be in church leadership who has not yet cultivated these habits.

A church should recognize that if the leadership is not engaged in Christ’s mission in the world, the people will not be led to embrace their opportunities in this regard.

Of course, legalists are likely to arise and if they see their leadership is not reproducing disciples engaged in the work, they will condemn the leadership. That is not the way to tackle fruitlessness. If a church sees that leaders should have a degree of competence in this matter, then mentor them so that they can be proficient.

Jesus said that his disciples (learners) should abide in him and learn the missional arts. Then, once the problem of fruitlessness is tackled, on this level, make it a standard from then on to have leaders who mentor the Body of Christ to fulfill its missional objectives.

We may not always do well. G. K. Chesterton once wrote, “If a job is worth doing it is worth doing poorly.” That is, if something ought to be done, better it be done poorly than not at all.

Perhaps Jesus had something like this in mind when he said, “Abide in Me and bear fruit,” and if pruning is needed so you will bear more fruit, then he will be with you in the process for Kingdom good.

If you want to learn more about how evangelism and leadership work together and can change entire church cultures, plan to attend the Amplify 2019 North American Evangelism Conference from June 25-26, 2019. Learn more at www.amplifyconference.tv. Use code OUTREACH25 to get 25% off your registration price from now through May 1.

Be Fruitful: Challenging Yourself to Abide in Order to Bear More Fruit

Be Fruitful: Challenging Yourself to Abide in ...