Our Response to the Eschatological Dream of Martin Luther King Jr.

Dr. King had a hope that was out of this world.
Ed Stetzer and Gabriella Siefert 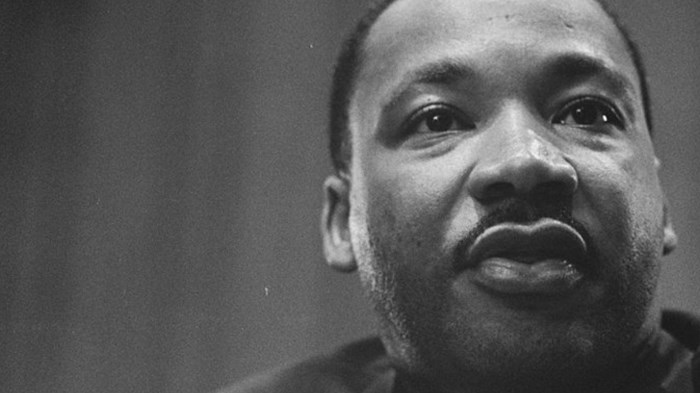 Today, we remember the life and legacy of Rev. Dr. Martin Luther King Jr.—a man who sacrificed much to advance the causes of the civil rights movement in the mid-twentieth century.

It was a time in history when most African Americans living in the states weren’t given their due as U.S. citizens or image bearers of God.

After the Civil war in the late 19th century, Jim Crow laws were established in the south keeping them from accessing the same basic public goods (education, public facilities etc.) as whites living in their town. In addition, voting rights were limited by voter literacy tests that were clearly put in place by states as a means to prevent African Americans from getting to the polls each election cycle.

But King saw all of this—a messy mass of racism, discrimination, and untold abuses of power—and still could somehow utter the words, “I Have a Dream.” His dream was founded on a scriptural understanding of justice and our response to the Kingdom of God at hand. In his famous, often quoted, ‘I Have a Dream’ speech, King referred back to the prophesies of old, calling for a day to come when justice would “roll on like a river” and righteousness like a “never failing stream” (Amos 5:24).

For years, King paddled up that stream with the currents of culture and legal precedent pressing towards him. He dealt with insults, abuse, imprisonment, and ultimately death for the sake of the cause he cared for so deeply. Despite the many forces fighting against King and his companions, their relentless pursuit of justice ultimately gave way to many of the governmental and societal reforms they had hoped for.

What about White Clergy?

King had to push other (white) clergy to join in his fight against injustice, not because they did not believe in it, but because they wanted to wait for the laws to change. King wanted justice and was willing to embody that call here and now, as he explained in an aptly described book, Why We Can't Wait.

In a post-Jim Crow age, it’s easy to see the progress made by King’s labors; all the speeches, strikes, marches, and boycotts. They all seem worth it from a 2019 vantage point. But, at the time, many (particularly white pastors) agreed with King, but said that if King would just wait, the laws would change over time.

But, even today, those who fight for reform as King did often never see the results of their work in full view.

And, still, many want to sit by and keep quiet while the storm rages on assuming that the issues will figure themselves out with time.

That said, despite the many advances for African Americans brought about by the civil rights movement, most acknowledge that we still have a way to go. Mass incarceration, police brutality, and other injustices devalue members of the African American community, further widening the gap that King worked so hard to close several decades ago.

These realities beg the question: Why bother? If addressing injustice is more of a never-ending cycle than a system of quick fixes, what makes it worth it? If reformers like King never get to see the full fruits of their years of labor, why plant the seeds at all in the first place?

Interestingly, I have had friends come to me on more than one occasion asking, “Why do you keep writing on this subject?” They say that when they do, it results in blowback— trying always leads to failure.

And I get it, this is understandable, to a degree.

This Sunday, at Moody Church, I mentioned Laquan McDonald in discussing our yearning for justice. Someone asked me why I did so. It’s simple— because ambassadors for the God of Justice care about earthly justice while waiting for the second coming that brings all justice.

And, here’s the fact: if you keep your head down and don’t mention it at all, then you don’t have to deal with the pushback in the first place (as people remind me regularly).

But, there is a reason. And, it is (at least in part) eschatological in nature.

The answer to these questions lies in the foundation behind King’s dream. It wasn’t an earthly, but an eschatological reality that he hoped for—a day when the Kingdom would come and justice would be done on behalf of all God’s people. The dream wasn’t just about completion, it was about progress.

In the city of Cleveland, Ohio in 1967, King spoke at a number of schools as well as the Job Corps Center for Women. During his speech at Glenville High School, he closed his speech with the following quotation:

King knew full well the scope of the challenges the black community was facing. He understood the battle’s length, breadth, width, and depth. But his labors weren’t motivated by the need to see victory day on this earth; he lived most of his life in the valley and contentedly kept progress rolling forward just like the prophet Amos’ river of justice.

His work of progress looked like a daily decision to speak up and act out on behalf of marginalized communities of African Americans living in a segregated south.

Many of us live our lives in the opposite form, longing for finality to the battles we face, living for the day when it’ll all be over. We’re tired, worn out, and often ready to throw in the towel when we find our hard work going unrewarded.

But King reminds us in his famed ‘Mountaintop speech’ that our hope is not found in this world or this lifetime—as believers, we eagerly await the coming of God’s promised land. The difficult days ahead, he argued, didn’t matter to him anymore because he had already been to the mountaintop.

In a thundering voice, King told his audience:

“I just want to do God's will. And He's allowed me to go up to the mountain. And I've looked over. And I've seen the Promised Land. I may not get there with you. But I want you to know tonight, that we, as a people, will get to the promised land!”

Striving Toward the Promise Land?

You see, the eschatological hope is there will be a time when there is no more injustice, no more poverty, and no more racism. The present reality is that the kingdom of God has come, but it has not fully arrived. That’s why we pray, “Thy kingdom come, thy will be done, on earth as it is in heaven.”

Part of our calling is, still, to do kingdom work here and now— to make the world more like Jesus wants it to be.

So, King told his audience that day that we will get to the promised land, and yet, we will have more to go.

You see, the truth is we are not just citizens of this kingdom of God, but we are also it’s instruments.

Thus, we speak to and work against injustice, even when it costs. This injustice costs many of your sisters or brothers much more than it probably cost you.

So, while our African American sisters and brothers speak up and work in their contexts, we (as white allies) seek to come alongside them and follow their leadership, and indeed we cannot wait.

The world will call you a “Social Justice Warrior” if you dare to be concerned about issues of systemic injustice. Issues (as discussed around the fire) such as, schools that are under resourced, the needed talk with their sons about how to de-escalate meetings with the police, the two criminal justice systems that really exist, and so on.

But, I don’t use the phrase “Social Justice Warrior,” but rather an “Ambassador of the King of Kings,” who shows us that He cares about all kinds of injustice. As such, I am going to represent Jesus and His Kingdom by doing the same.

In doing so, we lean on Jesus who sustains us and equips us to, like King, run, walk, or crawl our way towards the promised land. I actually don’t believe that we will get there until Jesus comes back and makes it all right— when men and women from every tongue, tribe, and nation have confessed the name of Jesus and are at worshipping together around the throne room of God in Revelation 7.

But, we have an eschatological hope for which we work. We work FOR the kingdom while awaiting the kingdom.

Our eschatological calling demands no less.

Our Response to the Eschatological Dream of Martin Luther King Jr.

Our Response to the Eschatological Dream of Martin ...