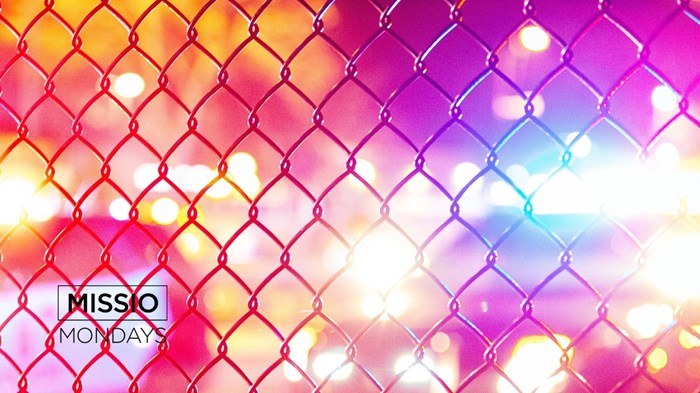 It would seem that the new superpower among evangelical leaders in our era is a generous spirit of gracious humility.

It is increasingly rare to see a leader who walks with the steady confidence of spiritual conviction while tempered by a reflective intelligence that recognizes the limits of human perspective. The new breed of religious leader that competes for centerstage often demonstrates that he or she (most often he) is theologically-omniscient, ecclesiologically-certain, missiologically-indifferent, and angry.

This pseudo-spiritual swagger issuing from the most novice of pietistic leaders seems to require nothing but an ability to regurgitate, discharge and detonate a pre-packaged theological blitzkrieg at anyone who doesn’t conform to the opinions of his pre-approved author list (and no, we are not speaking of Scripture).

Poor JD Greear. He crossed the line. Although once himself considered approved, now finds himself on the wrong side of the law – and the jacked-up posse smell blood. The crimes? From a quick reading online there appears to be two. First, his outward success seems to have eclipse his rivals, which apparently inevitably calls his gospel faithfulness into question.

Second, he, as accountable under-shepherd to his church leadership and his heavenly King, canceled public worship for a Sunday. In apparent ignorance of the sanctioned ecclesiological injunction of not less than 52 worship experiences annually, his caricatured mugshot is now prominently posted among those whose differing opinions had previously ran afoul of the law.

He will certainly remember next year of his third accountability—to pacify the online theology police.

He should have known better.

It is increasingly rare to see a leader who walks with the steady confidence of spiritual conviction while tempered by a reflective intelligence that recognizes the limits of human perspective.

This article’s intent is not to prove or disprove the ecclesiological underpinnings of this ‘made for social media’ controversy – that is a fool’s errand in search of a squandered sacrifice. Rather, it is to question how it is that we, as imperfect and temporal leaders in Jesus’ mission, find more energy and conviction in the public dishonor of one another than we do in engaging the mission itself.

How have we yet again debased ourselves to such a degree that we more closely resemble Jesus’ earthly adversaries than we do his emissaries? As a fast-declining percentage of the population within North America, why do we find that contriving further divisions within the mission force to be more ecclesiastically motivating than linking gospel arms for the sake of the mission field? Surely it is not a compassion for the objects of our King’s sacrificial mission that compels us to such self-serving darkness.

Why do we go to extremes?

So, is a wider inclusion the answer? Yesteryear’s ecumenical movement went almost nowhere because unity wasn’t based upon a passion for gospel mission, but rather on a desire for ecclesiastical camaraderie.

There was never a clear theological baseline from which mission could naturally emerge, so, circles of spiritual leaders convened around their lowest common denominators and planned saccharine events which demonstrated a mission-less and emasculated unity. Its blind aspiration for unity negated any potential gospel punch.

But where are we today? On the complete opposite end of the gospel fellowship spectrum, we now seem to require theological uniformity in order to trust the missionary intentions of fellow kingdom laborers. There is one perspective on all theological matters, and any deviation from the code only proves the spiritual inferiority of a prospective gospel partner. The newly named heretics become open game for the barbs and arrows flung gleefully from a castle of a higher orthodoxy.

We should be better.

Yanny, Laurel, and the Cloudy Glass

Last year, the opinions of the online world were divided by a manipulated sound file which some ears heard as “yanny” and others heard as “laurel” in almost equal numbers. As this went viral, the “yanny” tribe seemed flabbergasted at how the “laurel” tribe could have misinterpreted such an obvious sound. In equal incredulity, the “laurel” tribe watched in disbelief at the error of their “yanny” friends. Both sides certain. Both sides frustrated. Both sides with incomplete perspective.

If perspective is important, perhaps its poignant as we begin this new year to revisit the Apostle Paul’s magnus opus on love (1 Cor. 13). As he worked his way through a three-dimensional portrait of what love looks like, he ended with the autobiographical statement admitting that everything he knew was partial and incomplete.

We now seem to require theological uniformity in order to trust the missionary intentions of fellow kingdom laborers.

The Apostle Paul, who had witnessed the resurrected Jesus, who had spiritual revelations which were too high to describe, who through great suffering brought the gospel to new lands in an incredible missionary expansion of the church – this giant of a missionary leader was generous and humble enough to admit his perspective derived from a lifetime walking with Jesus in his mission, was incomplete – but one day would be complete.

Should JD Greear be concerned about the public critique of incensed voices, who themselves, in comparison, have produced and given away very little spiritual fruit? Not as long as he recognizes that his accountability is to a King, his Word, and a spiritual leadership given to him. In this accountability, as they pursue the mission of Christ, we can expect to continue to see hundreds of disciple-makers raised and released for the expansion of the Kingdom as Christ’s church is multiplied across the nations.

Perhaps this kind of leadership is worthy of emulation—even if they only have 51 weekly worship experiences.