Affirmed and motivated, the diaspora Christians can be major contributors in supporting the global mission enterprise.
Sadiri Joy Tira 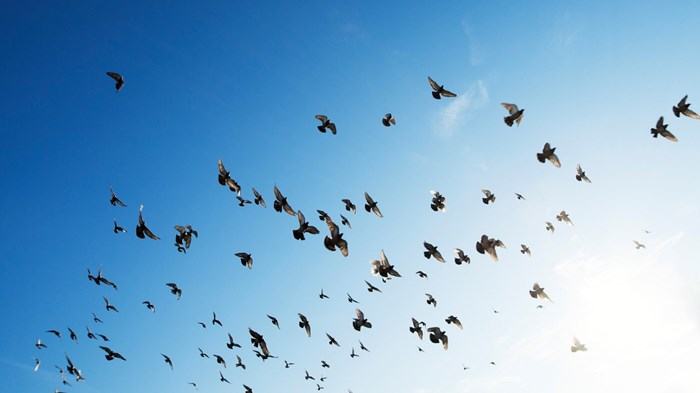 “That is impossible. We have limited resources.”

These are words I hear quite frequently in response to the challenge for national churches of low to middle-income countries to accelerate their participation in global missions.

It is unfortunate that many vibrant churches feel limited by funding, when it need not be so. The fact is, there exists a flow of resources found in one of their greatest exports – ordinary people – migrant workers. So abundant is this resource that the International Organization for Migration (IOM) highlights the role of remittances.

Additionally,according to IOM, migrants contributed 6.7 trillion U.S. dollars to the global GDP in 2015—a share of 9.4% of the total global GDP that year.” It just needs to be released and mobilized.

In October 2018, IOM’s Global Migration Data Analysis Centre (GMDAC) released the Global Migration Indicators Report 2018, summarizing key global migration trends based on the latest statistics. It reported that in 2015 there were 150.3 million migrant workers scanned and documented, and that in 2017, “$466 billion remittances were sent to low and middle – countries in 2017. This [being] more than three times the size of official development assistance.”

While diaspora workers work and live in their receiving countries, spending and paying taxes towards stimulating host economies, they send dollars home to aid families and communities, including religious institutions.

We must dispel the myth that national churches from low to middle-income countries have no resources to contribute to the wide missions initiative of the global church. Consider this thought-experiment based on conservative figures from the Philippines, my own country of origin:

If 2.3 million Filipinos are Overseas Filipino Workers (OFWs), and we apply the percentage suggested by Operation World at 12.3% of Filipinos to the number of reported OFWs, we estimate that 282,900 migrant Filipinos would identify as Evangelical Christians. Now imagine if 282,900 OFWs sent a portion of the $33 billion (sent in remittances to the Philippines in 2017 alone) to the homeland church for intentional support of global missions. What a vast resource that would be.

To proceed, I do not profess to be an economist or demographer. Further, I am not suggesting that individual migrant workers are well to do. I am referring to diaspora peoples as collective groups, and the power of their collective dollars.

What is my point? My point is that the migrant worker dollar is powerful. I am not even touching on the diaspora community in general (which would include permanent immigrants, naturalized citizens, and even second-generation immigrants who still support the homeland through remittances). I am just talking about the billions of dollars that are sent home by deployed migrant workers. As we think of these huge numbers, we can only imagine the missiological implications for the diaspora church.

And what are these implications? Allow me to pose four questions:

As we proceed and plan for missions in the coming days, I am reminded of William Carey, whose vision inspired the stewardship of ordinary people at a time of tumultuous change. As revolution raged in Europe, European governments were ceasing their financial support of missions initiatives, leaving private groups and missions societies to back projects.

It was a time during which “missions” was removed from the state agenda and ordinary people fundraised for global missions, not moneyed organizations.

Our times are also marked by momentous change. Who would have foreseen that migrant workers from the developing world would one day send billions home? Affirmed and motivated, the diaspora Christians—individually and collectively—can be major contributors in supporting the global mission enterprise.

Let us admonish the diaspora church to rise up as kingdom workers and generously support their missions projects with the release and mobilization of untapped resources.

Sadiri “Joy” Tira (D.Miss., Western Seminary; D.Min., Reformed Theological Seminary) is The Lausanne Movement’s Catalyst for Diasporas (i.e. formerly known as Lausanne Movement’s Senior Associate for Diasporas). He also serves as Diaspora Missiology Specialist at the Jaffray Centre for Global Initiatives at Ambrose University and Seminary (AUS), Calgary, AB, Canada; for the Advisory Council of Gospel Life,a resource of the Billy Graham Center at Wheaton College in Illinois, USA; and on the Board of Directors for SIM (Canada) and MoveIn International. Joy is a regular blogger for http://www.gospel-life.net.