Ryan Bomberger brings up another controversial speaker, but it just distracts from the real issue.
Ed Stetzer 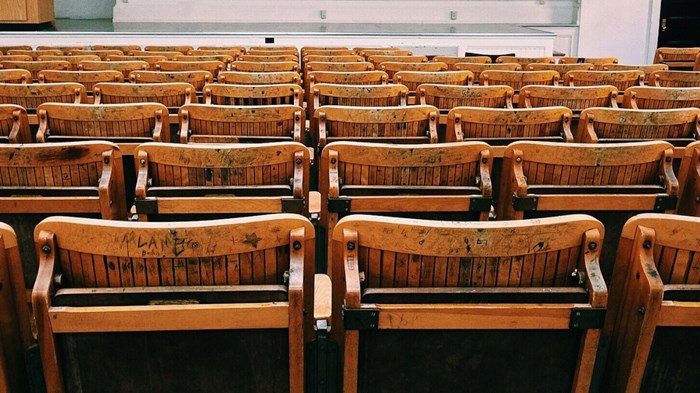 Yesterday, I shared an article entitled “Abortion, Black Lives Matter, and Wheaton.” I was responding to several articles from Ryan Bomberger, who spoke at Wheaton College in November of last year. (Be sure to read the original article before this one.)

As I explained in that article, several students were concerned about some things Bomberger said. Those students went to their elected student reps, and the Wheaton students worked with their staff contacts to send an email to their peers. Then, Bomberger started writing multiple articles saying he was silenced, slandered, and more.

Contrary to Bomberger’s comments, this is not about Wheaton “silencing” or “slandering.” It’s about a disagreement between Bomberger and several students concerning a conversation they had after his speech. He strongly objected to the email the student government leaders sent to other students.

As I’ve acknowledged previously, I don’t know exactly what was said—only Bomberger and the students do, since it happened after the video stopped. Perhaps we’d like to hear more, but Bomberger sent an email to several people (including some of the students) saying his organization would talk to their attorneys about whether to pursue this “defamation,” so they may be (not surprisingly) reticent to jump into such conversations now.

Of course, I would be happy to chat with Bomberger anytime. I am not happy, however, to watch him go after the school where I serve without some clarity about what happened.

This was a talk in November—two months ago—so why in the world am I writing now?

Well, because Bomberger continued his writing after the first round, publishing another article last week, this time bringing up one of the 100 guest speakers that Wheaton College hosts each year.

In the first instance (last year), he wrote (in many places) about his disagreements with our students’ actions. But then, when he did not get the response he wanted, he decided to bring up a new issue—again with misleading information.

In this article, Bomberger posted a new article concerning the talk of this guest speaker from 2017, trying to draw a connection between the two talks. He seemed to feel as if he was the object of (what he considered) Wheaton’s denouncement (when some students disagreed with him) and the other speaker was, using his word, “praised.”

I will give him the benefit of the doubt (something he did not do for Wheaton in this case) and assume he did not know the facts. But, that’s not at all what happened.

Yes, they are different situations, with different people involved, and they were handled differently.

But, when he decided last week to bring up a guest speaker from 2017, signaling this was going to be an ongoing project for Bomberger, I decided to write these articles to bring some clarity to what actually happened.

You see, unlike the post-lecture disagreement he had with students, I actually do know about these conversations. I know plenty about them.

Here, Bomberger makes a false comparison between two different situations, and actually does what he says others have done to him—misrepresent. It just distracts from the real issues in the original controversy, and continues Bomberger’s attempt to paint this incident as something it was not.

You see, my daughter, a Wheaton student, was at the George Yancy lecture in 2017, I’ve seen parts of it, and I found his talk offensive and inappropriate for a Christian college.

Now, I get that Yancy is a scholar—and a quite prominent one at that. He is a professor at Emory, an author of many books, and has written in the New York Times and many other settings.

But Yancy’s lecture here at Wheaton was a mess—and a deep mismatch with our community. One of our staff actually told him so in the very meeting. And, I can assure you, I shared my thoughts as well after the lecture.

Of course, I don’t agree with everything that every guest (or professor) says here, though I have never felt the need to complain—until then. However, in this instance, I voiced my strong disagreement to both the administration and my faculty peers about Yancy’s invitation and lecture. Other faculty and staff did as well. I’ve been told that action was taken so such a mismatched invitation does not occur again.

Bomberger announced that Yancy’s talk, “got zero pushback from Wheaton leadership. Zilch.” Well, maybe he did not know and assumed the worst to make his point, but I was part of the pushback, and I was not alone.

Yancy’s invitation led to several follow-up conversations between students, faculty, and administration. So, the comparison between the Yancy visit and Bomberger’s talk only exists to distract from the fact that some college kids disagreed with Bomberger, and he keeps writing about it.

Put simply, trying to distract from one controversy by calling out Wheaton for a guest speaker invited by a former part-time professor is neither helpful or honest.

It’s hard not to see his latest article, after all the others, as another try at getting more people to pay attention.

It got my attention, so here I am.

My guess is we won’t agree on all the facts, but I do hope that this new information will clarify for Bomberger and others.

However, I imagine that he won’t be satisfied with that since he used the words to “publicly” and “denounce.” Instead, our faculty responded to a faculty issue in their faculty system, just as the students responded to their issue with him.

So, he can try to say it was not done the way he wanted… or, he can see my articles as #factivism—something he often says is important and puts in his Twitter bio.

Honestly, there are lots of other lectures at Christian colleges where the administration probably said, “Well, that was not what we expected.” It happens. For me, this was definitely one of them.

So, yes, our faculty had strong conversations about a professor from Emory University. And our students had disagreements with Bomberger. But, they were different situations with different responses.

The facts are that Bomberger tried to bring up another speech to embarrass Wheaton. And since I was involved in that situation, he (unintentionally) brought me in to the conversation.

Where do we go from here? I don’t know, but here are some thoughts where we might move forward, maybe even together.

Ryan Bomberger, let’s stop talking about each other and past each other so that we can focus on what is infinitely more important than our recent ‘he said, he said’ posts.

No matter what we disagree on, I think we both can agree that:

-You, I, and Wheaton are pro-life and against the scourge of abortion.

-You and I were the (token!) Protestants at the Chicago March for Life. I bet we’ve both done plenty of other similar work with CareNet and others.

-You, I, Wheaton, and virtually every other individual, institution, and group in the U.S. must continue to improve our understanding of race and how to treat all people with the love our heavenly Father intends.

You and some students disagree about the after-lecture dialogue, and you probably did not know about the post-Yancy lecture discussion.

But here’s the deal: sharing ideas and disagreements is part of the college experience. We learn little when we only listen to people with whom we agree. Part of that process is learning how to disagree. You and I might have expressed our concerns differently than the students did, and I’ve already mentioned parts of the letter I did not like, but they’re students. They’re learning. That’s what they’re here for.

I don’t think we are going to agree on everything, but I hope that now you have more information.

No matter what we disagree about concerning past processes, procedures, and personal affronts, there is a tragedy in our nation that is far more important. Our laws of abortion on demand are radical by even global standards, standing with a handful of other countries like China and North Korea.

And, at the just-published Breakpoint Symposium on The Pro-Life Movement in 2019, both Wheaton College president Phil Ryken and I are featured. One theme emerged from the participants: the pro-life movement has more work to do. And, we need each other in that work.

Ryan’s talk reminded me that my many articles about abortion and life might influence my readers. I’ve written about why I’m unapologetically pro-life, expressed concern about progressive evangelicals unwilling to speak up on abortion, even criticized an article published here in Christianity Today by Tim Kaine, and many more.

All that said, my articles only go to my readers here, and I’ve not engaged the Wheaton College pro-life community. His comments have provoked me to do so and I’m thankful for Ryan’s life story and mission.

It’s time to stop writing articles and instead redouble our efforts to work together against abortion and racial inequality. I hope that can happen.

I plan to call Ryan tomorrow to see if it can.