In the majority of locales across North America, one will often find collegiality among pastors, but rarely solidarity.
Jeff Christopherson 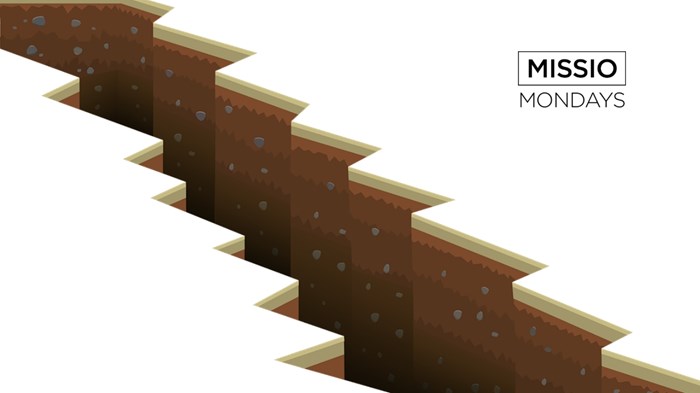 Does church planting foster healthy relationships between pastors and a collaborative spirit between local churches for a shared kingdom mission?

At one time, the motive for church planting revolved around a desire to impact a new community with the good news of Jesus. A church in the city recognized that regions lacked access to the gospel, so rather than asking people to commute 30 minutes, they determined to plant a healthy, autonomous church in this new locale.

But the motivations for church planting aren’t always so pure.

Common today is a spiritually disguised mantra that in essence says, “Our church is way better than yours.” Church planting is not immune from this hubris. Church plants can emerge from dissatisfied leaders determined to launch an upgraded experience that will fix the liabilities of frumpy and unfashionable sacred assemblies.

An entrepreneurial spirit fleshed in this pseudo-missional disguise often swaggers a mile down the street and goes to market with a new brand, where “it’s ok to not be ok.”

Not to be outdone, another ecclesiastical sherpa, impatient by the pace of change at First Presbyterian, flanks the entrance to the city’s new community center with shiny new A-frame signs announcing a new church with a strange Latin name and a tagline, “This isn’t your grandparents church.”

And the market-share of the community’s religiously predisposed shifts from holy cathedrals to high school cafeterias. But is this a kingdom win?

What is a kingdom win?

Missionary thinking automatically recalibrates for increased evangelistic effectiveness, but the proposed remedies shouldn’t be aimed toward existing believers to create a sense of ecclesial dissatisfaction. Church planting by disruption is always a zero-sum game, leaving a disturbing trail of carnage in its wake.

It’s worth pondering whether the cost is worth it. Is it truly a gain for the kingdom for one new church to come into existence while another church (or two or three) suffer and die in the process?

Church planting by disruption is always a zero-sum game

Leaders of existing churches are right to question these practices and approach new church plants with caution. The motives of many planters has been far less than ideal, and many pastors who’ve labored for decades in order to foster church health have been crushed and their churches deeply wounded. The air of suspicion and doubt among church leaders—both new and existing—is well-founded.

One need simply to step into a city as an outsider to learn the harsh reality of church division. A future church planter desiring genuine partnership and collaborative mission is likely to meet with resistance among the fellow pastors and church members in the new city.

Often, pastors are unreceptive to appeals for conversations with a new church planter, thinking either that this person only wants the church’s financial support or, on a more sinister level, that the new planter is simply out to appease the conscience before destroying the churches in the area.

Those who are willing to meet will testify to the pain of church planting gone wrong—many times within the first coffee conversation. A planter is likely to listen to horror stories of pastor’s undermined, church’s ransacked, and reputations tarnished in previous church planting initiatives.

This makes relationships between pastors a daunting challenge.

One would think that the pastoral community would be a tight knit group akin to an actual…well…community. As a pastor’s days are often very dark, filled with disappointment, brokenness and pain—the task becomes more difficult, for the pastor often has precious few confidants.

Their daily path leads them shepherding among the most challenging realities of our sin-drenched world. It’s this type of struggle that often unites fellow combatants in other domains, but far too often, pastors languish alone.

Not only do pastors face a common plight but they also have a shared mission. Together, they are seeking to fulfill the Great Commission by making disciples of all nations. The vast needs of any area, from rural to city center, demonstrates the unending scope of this mission.

Couple that with the need to meaningfully send missionaries around the world to see to it that all people have access to the news of Jesus, and the shared mission becomes remarkably clear.

Yet, presently it’s a mixed bag when it comes to pastoral communities within North American cities. There are numerous geographies where the harsh reality is mutual antagonism and distrust amongst spiritual leaders.

For whatever reason—either botched ecumenical experiences or deep personal pain—some pastors find it difficult to align for broader kingdom purposes. Others are simply too consumed with their own internal needs to give any portion of their time to invest in a shared movement.

In the majority of locales across North America, one will often find collegiality among pastors, but rarely solidarity. Often the pastors of the city share a reciprocal affinity for one another; if they see one another in public, they’re quick to exchange warm greetings.

In the majority of locales across North America, one will often find collegiality among pastors, but rarely solidarity.

Many coffees are enjoyed among these leaders as they talk about the challenges and joys of their pastoral journey. But relationships rarely go beyond a friendly meet-and-greet to collaborative mission.

What’s often lacking it true partnership. This scope of the mission finds some pastors, in certain cities—from Austin, TX to Chicago, IL to Buffalo, NY—aligning for something more than camaraderie. They recognize the reality that collaboration is a necessity if they hope to make a difference in the evangelization of North America.

So, they ban together in joint prayer over the needs of the city. They strategize together about pockets of brokenness and strive to see church planting initiatives launched in these places. They work together to illuminate the implications of sin seen in fatherlessness, childhood illiteracy, orphan and foster care, or homelessness.

At times, they preach in each other’s churches or share a teaching series to show solidarity around God’s Word and his mission.

Some work together to foster internship or residency programs designed to train the next generation of missional leaders. Shared mission trips are planned. Strategic regions around the globe adopted.

These ends demonstrate what can happen in our day when a group of leaders align for prayer and strategy, seeking the common good of their geographies. When pastors stop seeing their churches as the goal but instead as the vehicle to the goal, kingdom collaboration seems to become the natural fruit.

When pastors stop seeing their churches as the goal but instead as the vehicle to the goal, kingdom collaboration seems to become the natural fruit.

There are still lingering questions. Churches will have to determine with whom and how much they are willing to lean in to the collective move of God in their cities. A broader subset of churches will be better able to collaborate around a city-wide initiative designed to give backpacks and school supplies to single moms than those that would be able to partner together to plant a new church.

The lines of demarcation will be different depending on the personality of the pastors, the health of the church, and the missionary needs of the city.

While the footprint of Christ-followers seems to be rapidly diminishing in North America, there are some glimmers of real hope in the way that many of God’s leaders are increasingly joining hands in partnership rather than scrounging for excuses to further rationalize insular patterns.

Sequestration has not been our friend.

If we hope to move forward in the evangelization of North America, kingdom collaboration will to have to become the norm.