Jesus' message was coupled with the restoration of God-given human dignity — their Imago-Dei.
Joseph D’Souza 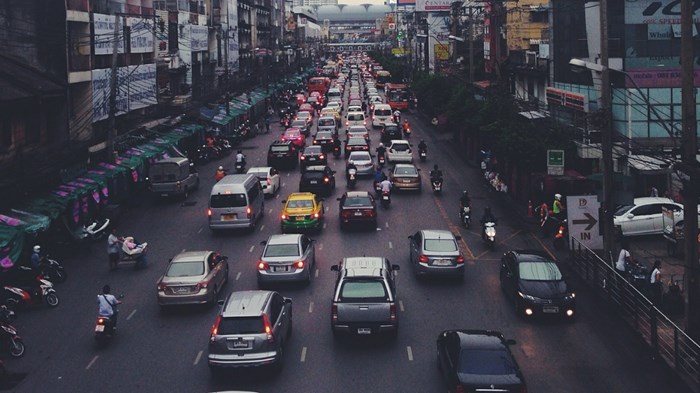 I am always amazed when I read the story of Jesus healing a woman who had suffered from a hemorrhagic condition for 12 years.

You probably remember the story because, well, Jesus healed her by accident: believing that if she touched him she would be healed, the woman crept behind Jesus in the middle of a crowd and reached for his cloak. She was right: in that very instant her bleeding stopped. And she would have gotten away with it, except Jesus knew what had just happened:

‘Who touched me?’ Jesus asked.

When they all denied it, Peter said, ‘Master, the people are crowding and pressing against you.’

But Jesus said, ‘Someone touched me; I know that power has gone out from me.’

Then the woman, seeing that she could not go unnoticed, came trembling and fell at his feet. In the presence of all the people, she told why she had touched him and how she had been instantly healed. Then he said to her, ‘Daughter, your faith has healed you. Go in peace,’ (Luke 8:45-48).

At first glance this may seem like one of many stories of Jesus’ miracles, but there’s something else going on here. To understand it, we have to dive into the story’s historical context.

According to Levitical law, any woman who had a blood flow — whether due to her menstrual cycle or illness — was ceremonially unclean. In fact, anything the woman touched, from her clothes to the bed she slept on, and anyone who came in contact with her also became unclean. To be declared clean, a person who had come in contact with the woman would have to wash his or her clothes, bathe and wait until evening, when the impurity status was lifted. For the women — and her husband if they had intimate relations — the process was more elaborate.

She would have to count seven days after the bleeding stopped, and then on the eighth day present herself to the priest with an offering. After the necessary rites were performed, she would finally be declared clean.

Now we can understand the reason for the woman’s surreptitious plan. If she touched Jesus, making him unclean, she would be in serious trouble. Her presence alone in a crowd was scandalous. But as Luke tells us, the miraculous happened. Instead of making Jesus unclean, she was made clean.

But this was more than a physical restoration; it was whole person restoration. Her condition had made her a social outcast. Moreover, Luke doesn’t tell us her age, but her illness might have prevented her from getting married. It certainly made having children impossible. And in a society where marriage and progeny were the most valuable currencies, she would have been in a precarious financial situation.

While many of us have heard a one-dimensional gospel — the spiritual forgiveness of sin — the gospel Jesus preached did not dwell exclusively in the spiritual plane. He was not just restoring the spiritual being, but the whole human being. He said as much in his first public sermon, when he quoted the prophet Isaiah: “The Spirit of the Lord is on me, because he has anointed me to proclaim good news to the poor. He has sent me to proclaim freedom for the prisoners and recovery of sight for the blind, to set the oppressed free, to proclaim the year of the Lord’s favour,” (Luke 4:18-19).

If you look at Jesus’s ministry — especially his healings — you’ll notice this thread running throughout: the leper who can now return to the city; the adulterous woman who is no longer condemned; the demon-possessed man who is no longer an outcast; the hated Samaritan who is now a hero.

Coming from India, I am keenly aware of what happens when people are robbed of their dignity.

For example, as I write this, women in India are fighting for the right to enter a temple in Kerala. For centuries, women of menstruating age were barred from the site, but in September, the Supreme Court lifted the ban. Four months later, only a handful of women have managed to get in, and that under the cover of night and heavy security.

The story of the Dalits — whom you might have heard called “untouchables” — is another case of an entire people being robbed of their dignity.

For generations, the Dalits and “outcastes” have been consigned to human indignity because of their “low caste” birth. They are harassed, beaten, and murdered for as spurious a reason as owning a horse. Dalit women face sexual violence on a daily basis, and thousands of them have been forced into modern-day slavery as sex workers.

The disenfranchisement of the Dalits has resulted in extreme poverty, limited access to health care and educational disadvantage. A salient example is the fact that Dalit women die on average 14.6 years younger than women of higher castes, according to a UN report.

At heart, the Dalit struggle is a struggle for recovering their God-given human dignity. To them, the gospel is not simply about going to heaven — they need heaven to come down to them because they are living in hell on earth.

This is why we at the Good Shepherd Church of India-Anglican and our organisation, Dignity Freedom Network, have made the Dalit cause a core part of our calling. We believe helping Dalits recover their God-given human dignity — whether through education, health care or economic empowerment — is gospel work.

The Most Rev. Joseph D’Souza is an internationally renowned human and civil rights activist. He is the founder of Dignity Freedom Network, an organisation that advocates for and delivers humanitarian aid to the marginalized and outcastes of South Asia. He is archbishop of the Anglican Good Shepherd Church of India and serves as the president of the All India Christian Council.