The UN Declaration of Human Rights guarantees everyone asylum protection, but moreover, Jesus commands us to go the extra mile.
Sam Kim 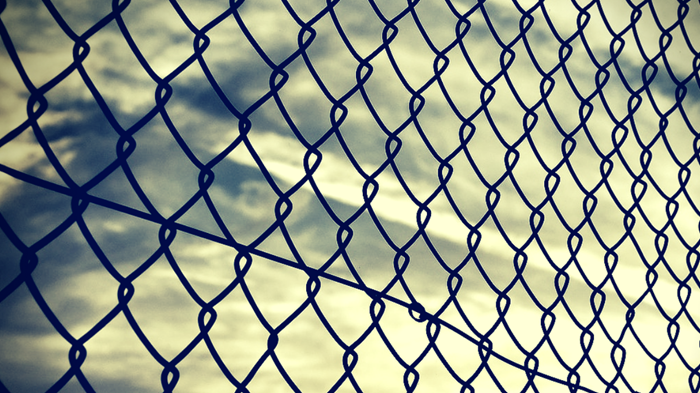 Jesus was a baby born in the Middle East who became a refugee in Africa because of the rage of a mad king. As a migrant who took shelter in a foreign country, he understood the ambivalence of living in the shadows. I can’t think of a better way of lifting Jesus high than saving refugees who are in peril.

As an urban pastor and Harvard-trained ethicist, I am morally distressed about the way we are treating the most vulnerable in our country. How we treat the powerless compared with the way we treat the most powerful reflects both our present collective moral consciousness, and our future moral trajectory.

What happened to the light Lady Liberty shone so brightly from the shores of New York Harbor? It is a light that once lit up the whole world, as those fleeing violence, tyranny and religious persecution were embraced in her arms. Today, this light is under threat of being extinguished by a new vision that prefers walls to bridges.

As ambassadors of God’s kingdom, we are called to do justice, to love kindness, and to walk humbly with our God, as Micah compels us (6:8). What then can we do?

First, let’s resist relying on anecdotes, and work instead to get an accurate picture of the issues surrounding immigration.

The president has declared a national emergency on the southern border, despite the fact that in 2017 his own State Department said no terrorists were found entering the U.S from the southern border. Similarly, a recent 2018 DEA drug threat assessment reveals that Customs and Border Protection find most drugs are smuggled into the country through legal ports of entry, and not via illegal border crossings.

What is more, the flow of unauthorized immigration is down by 75 percent from its peak in 2000. While the number of Central American migrants seeking protection in the U.S. has risen, the number of Mexicans apprehended at the border has dropped.

Today, it is increasingly families and unaccompanied children arriving at the border, and the Border Patrol’s mission has changed accordingly. Border agents are more often tasked with supplying safe places for families and children and medical care for the vulnerable than with seeking people attempting to elude them in the desert.

No matter where we lean politically or how we’ve been informed, the majority of those coming to the southern border today are women and children legally seeking asylum and protection from violence.

In 1948, the UN adopted the Universal Declaration of Human Rights (UDHR), guaranteeing everyone’s right to seek and enjoy asylum in all countries. It seems unnecessary to articulate this, but because of the strange cultural moment we find ourselves in today, I want to make it as explicit as I can: offering asylum to those at risk of violence is not magnanimity. It is simply meeting one of the human rights’ obligations required by international law.

Second, let’s become doers of the Word and not listeners only.

As the Apostle James exhorts us, we are not just to listen to the Word, and thereby deceive ourselves, but are to do what it says (1:23).What is the point of taking a high view of Scripture if those values do not end up influencing our praxis? In Sense and Sensibility, Jane Austen offers wisdom the church desperately needs to hear today, especially in this particular cultural moment when so much is at stake:

“It is not what we say or think that defines us, but what we do.”

Christian apologist Os Guinness asserts that when we look at evangelicalism today, we find the world and the spirit of the age are more dominant than the Word and Spirit of God. The church in the United States is strong numerically, but weak spiritually, because it is worldly. Churches in America are both in the world and of the world; and, as a result, is in a condition of profound cultural captivity.

This cultural captivity is evident in the failure of evangelicals to see that funding for a wall is the moral equivalent of those on the left who are advocating Planned Parenthood. Both policies are catalysts for the loss of life that Scripture commands us to protect. The unborn and those seeking asylum have an equal right to life. What is the moral difference between killing and letting die, when the ultimate outcome is the same?

J. Wesley Boyd, an associate professor of psychiatry and on the faculty of the Center for Bioethics at Harvard Medical School, wrote a letter to the New York Times positing that the ruling handed down by the Department of Justice, claiming that fleeing domestic or gang violence isn’t reason enough to qualify someone to receive asylum here in the U.S. and is tantamount to holding a gun to someone’s head and pulling the trigger.

For example, if an adolescent girl refuses a gang’s request that she become a sex slave for the gang, she will be killed. Boyd has seen mothers who fled Central America only after not one but two of their children were killed for refusing to comply with gang requests.

The world has an excuse for its blindness, for the world is lost. But the church has no such excuse. Sometimes I wonder how we can justify our moral outrage against the world when we’re morally just as blind. Why do we keep pointing to the speck of dust in our brother’s eye and pay no attention to the plank in our own eye?

As the body of Christ we must repent, because our self-righteousness has obstructed mercy and justice for those most in need.In Deuteronomy 10:18-19, God commands Israel not only to provide basic necessities for all aliens in need, but also to love them, for the Israelites were themselves once aliens in Egypt.

Although the UN Declaration of Human Rights guarantees everyone asylum protection, Jesus’ commands us to go the extra mile and be magnanimous in heart. But we are not. He tells us to love our neighbor without regard for ideological and geographical boundaries. But we do not.

As English Congregational ministers Andrew Reed and James Matheson observed when they visited American churches almost 200 year ago: “America will be great if America is good. If not, her greatness will vanish away like a morning cloud.”