Jeffrey Epstein's case is disturbing—and in some ways it mirrors the abuse crisis in the church.
Ed Stetzer 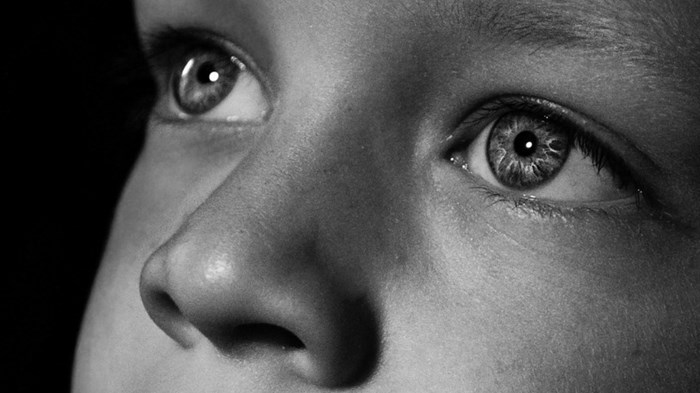 Just last week, news surfaced of the arrest of financier Jeffrey Epstein for running a child trafficking enterprise that allowed him to sexually abuse girls as young as 14. When federal agents searched his New York City mansion, they confiscated a “vast trove” of pictures of young girls­­.

And then, one of his alleged victims came forward to share her story.

After seeing some media reports, I tweeted this:

As the weekend began, Labor Secretary R. Alexander Acosta announced his resignation amid continuing questions as to how he handled the sex crimes case against Epstein when Acosta was a federal prosecutor in Florida.

Every day we learn more.

The writer of Ecclesiastes says there is nothing new under the sun. For millennia, children have been victims of horrific crime. Today, children continue to be treated as objects of desire and power rather than what they are—invaluable creations of the Lord God. “What you did to the least of these, you did to me…”

It’s an admonition spoken to God’s people, but it is true for all.

When one is harmed, all suffer.

A Reminder, Again and Again

In 2012, I wrote about child abuse in a church context. In 2014 I wrote again. And in 2015 I wrote again. And we published many articles since then, many around our GC2 Summit on Sexual Harassment, Abuse, and Violence at the Billy Graham Center last November.

But, we could write on this every single day. (I sometimes get complaints that I write too much on the subject, but I think that abuse in the church is one of the defining issues of our day— and, even if it were not, every child matters.)

This systemic problem of men (and sometimes women) viewing our children as objects seems to be no nearer to an end. Perhaps this is true, but the latest indictment of Epstein reminds us that there are people fighting tirelessly on behalf of the most vulnerable and voiceless among us. They are reminding us that criminals won’t go free forever and that justice will be enacted at some point.

According to The United States Department of Justice, "Child sex trafficking refers to the recruitment, harboring, transportation, provision, obtaining, patronizing, or soliciting of a minor for the purpose of a commercial sex act." For reminder: a minor is anyone younger than 18 years old.

A minor is a child.

And, this approach makes abusers into “others out there,” when they are really in here.

First of all, if either the Clintons or the Trumps participated in or enabled Epstein’s crimes, they should face the full consequences of the law.

But, it is worth noting that the church’s impulse is to shout outrage at the American systems of wealth, politics, and justice without looking at our own issues. The sad reality is that church, too, can be a place where predators work and where the system covers up for them.

Yes, it is good to post our horror on social media. But is better to be sure our churches know how to prepare for the inevitable predator who seeks access.

It is better to be sure our churches know how to respond when accusations come forward.

It is better to know that churches stand with the victims.

After (and in addition to) this, we must fight for the justice and healing of so many who have been sexually exploited among us. We must fight against the powers and systems that have created spaces for our children to become objects for the use of others rather than persons of honor and dignity.

It is interesting that even the Confessing Church, which arose in opposition to government-sponsored efforts to unify Protestant churches into a single pro-Nazi church, later admitted their complicity in the Nazi regime:

We did fight for long years in the name of Jesus Christ against the mentality that found its awful expression in the National Sociality regime of violence; but we accuse ourselves for not standing for our beliefs more courageously, for not praying more faithfully, for not believing more joyously, and for not loving more ardently.

Why does the church do nothing? Why does it allow unspeakable injustice to occur? ... What shall we one day answer to the question, where is thy brother Abel? The only answer that will be left to us, as well as to the Confessing Church, is the answer of Cain.

Lessons can be learned from this as well as from the Book of Esther, where we are confronted with the challenging and tireless question:

For if you remain silent at this time, relief and deliverance for the Jews will arise from another place, but you and your father’s family will perish. And who knows but that you have come to your royal position for such a time as this?

What more can we do, church, when it comes to fighting for the vulnerable among us?

We must follow our King, who “always lives to make intercession for us.” Pray for those who have been victimized at the hands of others. Pray for those whose view of themselves and the world has been forever changed by the horrific acts of those they trusted. Pray for justice to be made evident, redemption to come, and for healing to overwhelm like a river of gladness.

We are called to speak on behalf of those with no voice (Prov. 31:8). Imagine a world where no wrongs are ever sought to be righted; now imagine a world where every wrong is fought to be righted. This is our purpose in life—to love God and others to the extent that we step into suffering sacrificially for the sake of another. Use your voice and your life to fight for those who have been abused.

How many of Epstein’s targets went home to tell a parent or authority figure, only to not be believed. Or, even the reporter who first wrote the story, but was not heard.

Fight for those who have been abused so they know the church is the safe place when, as in Epstein’s case, the legal system is not.

They target children in vulnerability. Given that churches are places of vulnerability, it is common sense that predators are targeting your church. Prepare yourself by training your church. Yes, background checks help and are a start, but we need much more. We need to educate ourselves on how to spot grooming patterns, how to set up systems where children are safe at all times, and much more.

Prepare your church as if Epstein was targeting your church’s kids—because predators are.

The great abolitionist William Wilberforce once said, “You may choose to look the other way, but you can never say again that you did not know.” Friends, it’s too late to turn the other way if we are to truly follow Christ into the hard places.

My own denomination faced some of these realities this summer, though there is more to do.

We are the hands and feet he uses to love and care for the marginalized, the bruised, the beaten. We are the ears he uses to listen to the stories and lament for the wrongs. We are the voices he uses to speak words of hope and expectation where little dwells.

Child abuse has, once again, made the news. In a sense, it has been placed at our feet. The natural inclination is to shout our anger at Epstein and to be sure to name the people we don’t like who we hope are complicit.

Yet, it is more than Epstein and his enablers. It is also about abuse in the church and its enablers as well.

The enormity of this problem, which continues to confront us, calls for a better response—one that begins on the knees in prayer and continues until justice streams down like a river and all our girls (and boys) are safe, and those who have been hurt see justice and experience healing.

Here are some resources recently published here that may be of help:

Sexual Violence: Whose Fault Is It?

Hard Conversations in Evangelicalism: Abuse, Harassment, and Sexual Violence in the Church

When Pastors Are Sexual Abuse Survivors

What We Long for the Church to Face about Sexual Violence