“Without a shared conviction, you will have systemic chaos.”
Ed Stetzer 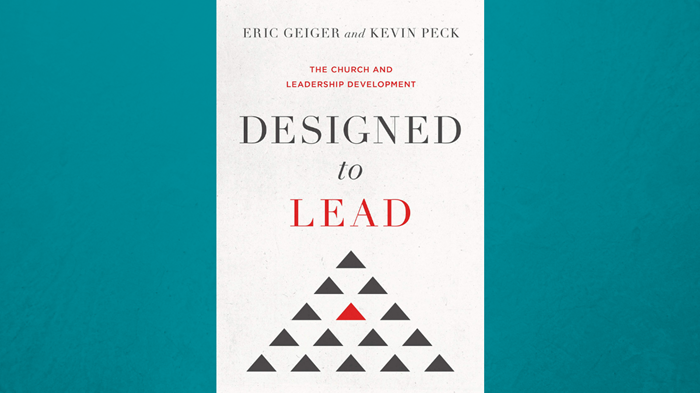 Image: B&H Books/Canva
Recently, I invited my friend Eric Geiger, Senior Pastor of Mariners Church in Irvine, CA, to join our Wheaton College Every Nation Graduate Cohort to talk about both leadership in the church and his book, Designed to Lead, co-authored with Kevin Peck. Our interview is below.

Ed: Could you give us a brief overview of the book?

Eric: There's one chart in the book that’s my go-to chart that I use if I'm ever asked to speak about leadership in a non-Christian environment. It's from Dave Ulrich and all the research he did about the common characteristics among leaders in the book The Leadership Code.

It's a chart later in the book where there's a circle in the middle, and it's four different domains, and he says all leaders have to be a strategist, executor, talent manager, and then human capital developer. The higher you go in leadership, the more you have to be great at all of these things. Really, my book is essentially a deeper dive into human capital developer.

Ed: Out of these four things a leader needs to be, what is the least developed among leaders?

Eric: After having spoken several times at leadership events, I noticed that the most common one that leaders said they struggled with is human capital developer. What I was seeing and hearing prompted me to reach out to Ulrich and see which element he had found in his coaching and research to be the lowest of all the leaders he coached. His response was human capital developer.

Ed: What is a grid or framework that leaders can use to develop others?

Eric: In the book, Kevin and I talk about the 3 Cs: Conviction, Culture and Constructs. Conviction is first because without a shared conviction, you will have systemic chaos. Conviction brings people together under one banner of what the organization cannot live without. Everything that follows revolves around conviction.

Culture is the shared beliefs and values—things like character and competencies—that guide an organization in everything it does. Constructs are the systems and structures that house the culture that facilitates the conviction.

Ed: Take what you and Kevin laid out in the book and tell us how you applied it to both LifeWay and Mariners Church.

Eric: The organizational phase of LifeWay and of Mariners, when I arrived, could not be more different. Given that, the leadership approach was different. When you and I were brought in at LifeWay, it was declared to be a turnaround situation. And in a turnaround situation, the situation requires that you go in and make some bold moves and clear direction. Around this new direction, you pull people around it and give them significant ownership and responsibility.

However, Mariners was not a turnaround situation. I came in after a 35-year senior pastor who is an amazing and godly leader who served faithfully and well, Kenton Beshore. So, the worst thing I could’ve done is declare a radically new direction. What I did instead was to look at the values that had been there, affirm those to our staff, and illustrate how we were going to fulfill those moving forward. Kenton and I are deeply aligned in what we value so this was a joy to do. In essence, I re-taught the same values that had been guiding the church—although I expressed to our staff they could be phrased differently and be lived out in new ways in the future. But the similarity between both was to start with values instead of strategy.

Ed: With any change—whether overhaul or tweaking—how do you deal with resistance?

Eric: I first try and see if there’s value alignment. If a person is resisting where we are going, I want to see if we have agreement on the value beneath the surface. If we share the value beneath the surface, it is possible then to reconcile. If this is the case, I lead that person (or group) through the process of how we fleshed out that value.

If there’s a difference of value, then it becomes clear we aren’t on the same page. At that point it becomes a Paul and Barnabas moment where we have to part and go our separate ways.