Rural Matters
The Rural Matters Institute is a community for pastors and Christian leaders serving in non-urban contexts that was created to provide support, learning, and community. Read more from this column.
August 1, 2019Rural Matters

There is some spiritual energy starting to build in the youth of our rural communities.
Brian Fischer 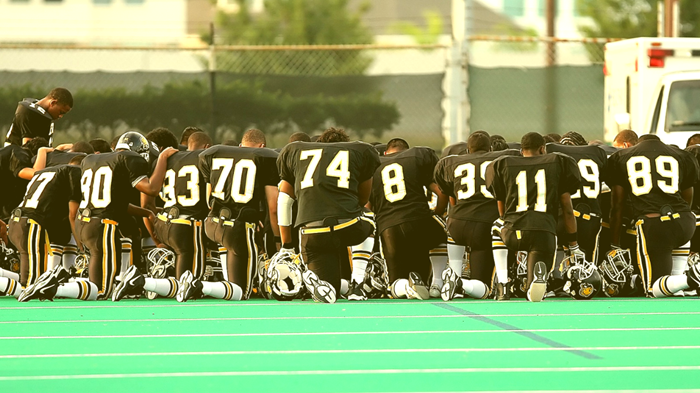 Image: Pixabay/KeithJJ
Today we are running Part 1 of a two-part series on youth in rural areas. Brian Fischer is Executive Director/Lead Missionary of Teens For Christ Connection and resides in Phillipsburg, Kansas.

In October of 2015, the movie “Woodlawn” was release and it is based on a true story about a school that was transformed through a move of God in the youth on the football team.

The transformation then moved to another school in town and eventually it impacted the entire community of Birmingham, Alabama, because of what was happening in the lives of these teenagers. It is a powerful movie that gives us a glimpse of how God has moved in and through teenagers to transform communities.

As I sat and watched this movie in the theater with my family, I was struck with the realization that the rural youth ministry I oversee started around the same time that this was happening in Birmingham. So how did this movement make it all the way to rural Kansas in the late 1960s and early 1970s?

I would have only been around 2-years-old at the time, but Lay Witness Mission meetings were happening in Phillipsburg, Kansas in the early 1970s and several teenagers accepted Jesus through these events.

This group of 15-20 teenagers decided to start a Bible study and they called themselves “Reach Out.” Randy and LeAnn Hunt were newly married young adults who had just moved back to Phillipsburg in 1971 and they were asked to come alongside this group to guide it.

The Reach Out group grew to the point that Randy and LeAnn were hosting around 75 teenagers in their home every week, which is pretty significant in a community of approximately 3,200 people at that time. In the Woodlawn movie, they reference the Explo ‘72 event that took place in Dallas. A group of young adults from Stockton, Kansas (a town of approximately 1,800 people 20 miles south of Phillipsburg) went to that event and came back “on fire” for God. In talking to Randy about what was going on during that time, he told me that the students in that school were transformed in a big way and it wasn’t uncommon to see players gathering to pray before games and see groups of teenagers praying together in the stands.

What we see portrayed in the movie was happening in small, rural communities as well and some residual effects of that movement are still alive today. But is it time for another significant move of God in the younger generations?

One of my 11-year-old daughter’s favorite movies is Soul Surfer, which is based on a true story about a teenage professional surfer by the name of Bethany Hamilton who loses an arm in a shark attack. She doesn’t give up; instead, she learns to surf again with one arm.

Towards the end of the movie, Bethany is surfing in a national championship competition and her dad gives her some advice:

“These girls are tough, especially Malina, you know that,” her dad says. “The surf is big out there today, so if you try to match them wave for wave, you're just doing to wear yourself out with all that paddling….So don't take just any wave that comes along. The greatest surfers, they all have this sixth sense. They know when the best waves are coming. They can feel it. It's a gift. You have that gift, too.”

“I do?” Bethany responds. Her dad replies:

“You are a little mermaid. You know that moment between the sets when it's quiet and the waves haven't even formed yet, it's just energy surging through the water. Well, that's the time to be patient. Listen to your instinct. Trust it. You'll know.”

Towards the end of the championship heat, the surfers are all sitting on their boards in the middle of the ocean and the water looks almost calm, with no waves coming in. Bethany needs one more good wave if she is going to have any chance at winning, so she begins paddling out away from the rest of the surfers—out to an area where there haven’t been any good waves all day.

Her friend yells out, “Where are you going?” They are comfortable remaining where they are—where the good waves have been forming for them all day. Some of her friends and family watching from the shore even begin wondering if she has given up, but her dad responds, “Just wait.”

Soon, Bethany stops paddling and waits with her hand on top of the water like she is sensing something coming. With just 30 seconds left in the competition, a big wave comes, rolling in right in front of her.

Because she is in the right place at the right time, she is the only one who can ride the wave, and she rides it perfectly.

As I think about this scene, I imagine myself sitting on that surfboard, looking out across the spiritual ocean around me. It looks kind of flat right now, with no big waves on the horizon. But I have my hand on the water and I sense there is some energy building below the surface.

I believe there is some spiritual energy starting to build in the youth of our rural communities, we need to be preparing for the wave that will come.

God is working in the hearts of teenagers in our area and we are seeing them take on spiritual leadership. In 2016, within our own ministry of Teens For Christ Connection, we watched as a group of teenagers decided to step up and begin leading an entire program within the ministry.

As a staff, we had decided to stop providing monthly ministry-wide events because the attendance had dropped significantly due to all of the school events we compete with now. However, a group of teenagers said they wanted to do it themselves. With the help of a couple of staff members who coach them, they plan and execute every detail of the events they call the “180 Encounter.” They run the entire event, including the games, the music, and the teaching. Attendance has been growing steadily, but the events are already a win in our eyes because these teenagers have stepped forward to become spiritual leaders, and they receive direct spiritual coaching.

When we asked the original group of teen leaders why they wanted to do it, they told us that they wanted to help lead their peers spiritually and they recognize that they grow more in their faith when they lead others.

We are getting ready to head into our fourth year of this ministry. Each year, the teen leaders who are graduating want to make sure the ministry continues because they know how valuable it was for them and their faith. They will talk to other teens about being a part of the leadership team so that it continues to help others grow in their faith and spread the gospel.

Teenagers want to grow in their faith and be actively involved in leadership because they know that leading others helps them grow spiritually. They don’t want to just be spectators; they want to get in the game. But they need adult leaders and churches who will coach them and give them opportunities to get off the bench.

In looking towards the future, are we ready for the next wave that is forming? Will we be able to ride it together, or will it separate the generations even more? In Part 2 later this week, I will reflect on some of the effects the last wave had on the younger generations and the church, and I will suggest action steps that we can take to prepare for the future.