Rural Matters
The Rural Matters Institute is a community for pastors and Christian leaders serving in non-urban contexts that was created to provide support, learning, and community. Read more from this column.
August 2, 2019Rural Matters

We need to close the gap between younger and older generations.
Brian Fischer 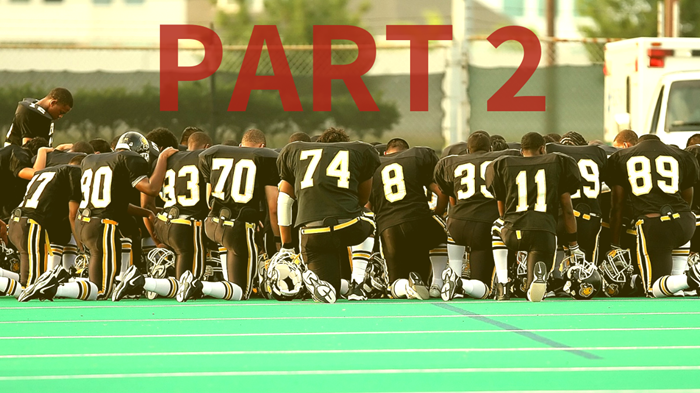 Image: Pixabay/KeithJJ
Today we are running Part 2 of a two-part series on youth in rural areas. Brian Fischer is Executive Director/Lead Missionary of Teens For Christ Connection and resides in Phillipsburg, Kansas. You can find Part 1 here.

In Part 1, I talked about the Jesus Movement in the late 1960s and early 1970s that helped increase the youth ministry movement around the nation. The rural youth ministry that I oversee began as a result of this movement.

In some ways, I believe that we are starting to see a new movement of God happening within the youth, but in looking back at what happened during the last movement, I think we need to prepare for this new wave to avoid creating even more separation between the generations.

As I visit churches in rural communities, one of the things I notice is the lack of teenagers in the Sunday morning worship services. Some of these churches have an active youth group during the week, but without the younger generations engaging in the main worship service, these churches are looking at a major decline in attendance (perhaps even extinction) in the next 10-20 years.

When we look back at what happened during the youth movement in the 1970s, I think we can see the beginning of what we are experiencing in the church today. Teenagers need ministry that is focused on some of the specific issues they face in life, but in the process of creating organized youth ministry, we have separated them from the adult community of the church and they are no longer connected to the church body as a whole.

How did this occur? As I’ve looked into this, I have read commentaries about how this “revival” was unlike other revivals in the past, so some churches rejected it and some even rejected the people it was bringing to their doors. One person told the story of how hippies were coming to the churches straight from their communes along the east coast. They were dirty with long hair and long beards. They didn’t want to sit in the pews, so they sat on the floor and they wanted to play their guitars alongside the organ.

The people in the churches didn’t like this, so these new Christians ended up leaving and starting their own churches.

Unfortunately, similar things happened with teenagers and young adults in Midwestern rural communities as well. While talking with someone who worked with youth in rural communities during the 1970s, I was told that some churches experienced a major increase in attendance as teenagers and young adults started showing up early for Sunday morning worship.

Instead of being happy about the new growth, the long-time attenders began complaining about what was happening. As a result, youth groups were created to take care of these young Christians and the main worship services were preserved for the adults.

In some ways, youth ministry became a way to separate the younger generations so that they could get what they needed somewhere else, away from those who didn’t want to change. In the youth group, adult leaders or youth pastors could create a different worship atmosphere that teenagers connected with and the adults could continue to worship in the atmosphere they wanted.

Because the teenagers had their own ministry with their own pastor in their own space, the adults of the church felt comfortable being separated from them. The assumption was that when the teens “grew up,” they would start coming to “adult church.”

But is that what has been happening? For many years, we have been hearing the statistics of how many teenagers and young adults walk away from the church after graduating from high school. Something does not seem to be working.

Because of this generational separation, many of the adults in our churches have lost touch with the teenagers and their world. We don’t seem to understand the world teenagers are growing up in today and some in the church even deny what is happening, believing that the world is much the same as it was when they were younger. Nothing could be further from the truth.

Some adults have even lost the desire to worship in the same setting as the teenagers unless the teenagers do it their way. I know of one church where the leadership was looking at adding a second Sunday morning worship service that was more contemporary as a way to reach out to the younger generations. One of the persons who was involved in the current music program sent a long email to the pastor stating his disagreement with starting this new worship service.

The phrase that really stuck out to me was this: “When the teens learn to worship like adults, they can worship with us.”

The separation of the generations has led us to where we are today because teenagers have not been connecting with the entire church body. Over the years, the youth have continued to move forward with their youth group culture while the adults have been able to maintain the church culture in which they are comfortable.

The gap between these two cultures has been getting wider and wider as the younger generations fail to move into “adult church” and the adult body of the church continues to age. The transition from the youth group to adult church is just too big of a leap for them. They feel like foreigners in a strange land of which they have never really been part.

For them, it is easier to walk away than try to figure out how to fit in with this new culture that seems very distant and unconcerned about their desires and needs.

Teenagers want to be involved and they need adults to help them grow in their faith. Our churches need the energy and creativity of the younger generations and the teenagers need the wisdom and guidance of the older generations. If you are concerned about the future of your church and seeing the generations worshipping together on Sunday morning, here are some action steps that you can take. Just remember SPLASH:

Fixing this generational gap takes time. We have been in the process of separation for over 40 years, so fixing the gap will take serious commitment. Bringing the generations back together will take work, but we must do this hard work if our churches are to survive. It is time to prepare for the next wave in such a way that we are brought together for the sake of the world.