There’s more that matters than just the numbers.
John Davidson 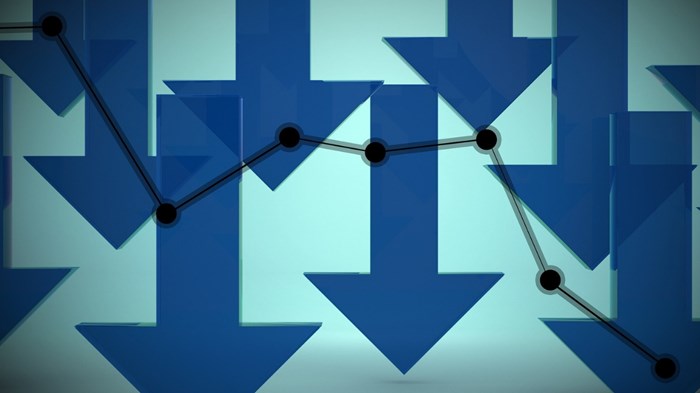 Is the church losing?

Recently, the Southern Baptist Convention released their Annual Church Profile (APC), reporting on key metrics for the SBC, including church attendance, number of baptisms, number of churches, and giving. Overall, the numbers weren’t good. Membership is down to its lowest point since 1987, baptisms are down to 1940s levels, attendance dipped by about half a percent, and the total number of churches dropped by 88.

The only statistical bright spot is that giving is up slightly.

As a man who loves the church and believes numbers are our friends, this report is concerning. All of us would like to see a different trajectory for the SBC, and other Evangelical denominations, but sadly, that isn’t our reality.

I’m not a part of the SBC. I’m Assemblies of God. And the AG releases its numbers every year as well. We’ve enjoyed being one of, if not the only, growing major evangelical denominations of late. We’ve shouted those numbers from the rooftops, and rightly so.

When I’m with friends from other denominations, they often ask for the AG’s secret to growth when all the other denominations’ numbers are declining. While there are some very legitimate reasons why the AG has seen sustained growth in the U.S. and globally (95 percent of the AG resides outside the U.S.), there’s a concerning statistical development on the horizon for us, too.

Our latest U.S. numbers reveal that the AG is growing in churches and average attendance, but only barely. Our total number of adherents slipped slightly after 27 years of consecutive growth. Our number of churches classified as plateaued and declining is at its highest level in nearly four decades.

While the number of water baptisms has continued to climb generally, Spirit baptisms (a hallmark of the Pentecostal church and experience) have been on the decline 11 out of the last 18 years.

The AG has enjoyed a long history of growth in the U.S., but I’m saying that if the current trends continue, my denomination could, like the SBC, eventually release a report showing decreases in many or most of our important metrics.

What then? What happens when even the once-growing evangelical denominations begin to decline? Does it necessarily mean that evangelical churches will follow the pattern of decline experienced by mainline churches?

We have to be careful that we don’t overreact when one of our key metrics dips by a few tenths of a percentage point. When you’re talking about self-reported church numbers from thousands of churches, a slight dip can be caused by any number of things, including differences in how some churches report their numbers. For that matter, small declines don’t automatically indicate a trend.

Looking at the numbers over more than just a handful of years gives us a better indication of where we’re at than looking at a snapshot in time. When we start to see a downward trend over a decade or more, that’s not good. Unfortunately, a downward trend is what many of our denominations are experiencing.

Second, and this is the major thing, we have to think about how we think about church numbers.

We often see stats as a measure of whether we’re winning or losing, growing or declining. I get that, and there’s some truth to it. We’re right to measure things because what gets measured will typically receive most of our attention, but there’s another truth here as well.

As William Bruce Cameron wrote, “Not everything that can be counted counts, and not everything that counts can be counted.” Though churches and denominations report common numbers like salvations, baptisms, attendance, membership and giving, there’s more that matters than just the numbers. And there are lots of factors that influence the numbers. Here are just a few examples:

There are ecclesiological issues. Jesus said to make disciples, not draw big crowds. I’m not against crowds; I just want to see discipleship.

Sometimes discipleship happens in big crowds and sometimes it happens in small groups. We see both in Jesus’ ministry and in churches today. Large numbers aren’t more important to God than small numbers because every number is a soul about whom God cares deeply.

While the early church did experience explosive growth on the day of Pentecost (3,000 added to the church), much of the rest of Acts and Paul’s epistles indicate that the growth of the church happened as a result of the steady (not explosive) multiplication of house churches (small groups) embedded in their communities, making one disciple at a time.

But at the end of the day, Jesus said to make disciples. While I hope the Church can do that very quickly and in large, ever-increasing numbers, what’s most important is that we do it consistently.

There are theological issues. When we talk about church growth and multiplication and when we look at the resulting data about attendance, etc., we often fail to talk about the reality that there is a real enemy fighting against the church.

I get not wanting to give the enemy too much credit, airtime and attention, but Jesus and Paul both acknowledged the reality of Satan’s attacks against the church and the people of God. While we do have Jesus’ promise that the gates of hell will not ultimately prevail against God’s people and God’s work, we don’t have the promise that it will be easy for us in the short term. In fact, Jesus promised persecution, not church growth. He promised his ongoing presence, not numeric success.

There are anthropological issues. The church doesn’t exist in a vacuum. It’s inextricably tied to its culture and context. So whatever is happening in culture will impact the church. It always has. While we can hope that somehow the church will rise above the surrounding culture (especially above cultures negative aspects), culture will always affect the church.

What am I saying? When we see decreasing denominational numbers, many inside the church have a visceral reaction. I’ve heard people say these things:

Are those things true? Maybe. Or maybe not. All I’m saying is that there are so many factors in play here, that downward trends in denominational numbers don’t necessarily mean a denomination has ceased to be faithful to the gospel and the mission of God. Neither does it mean that churches have lost their effectiveness.

I’m not making excuses for decreasing baptisms and attendance in the SBC, nor for an increase in plateaued and declining churches in the AG. I am saying that numerical growth, while wonderful, is not the ultimate measure for kingdom success.

Jesus never promised the church’s numbers would always be up and to the right.

At no time in history has the popularity of the gospel message determined the church’s success. So what happens if church numbers continue to trend down? Does it mean we’re failing? Does it mean we need new methods or increased fervency? Again, maybe. But Jesus is clear that there are lots of reasons outside of an ineffective church that cause believers to fall away, leave the church and abandon relationship with him (Matt. 24:9-12; John 6:66).

So what do we do with falling denomination numbers?

Pray. Always our best response to any report, whether good or bad, is to ask for God to accomplish his work. Specifically, pray for God to send out harvest workers (Matt. 9:36-38) and that "the word of the Lord may speed ahead and be honored" (2 Thess. 3:1-3).

Reflect. Any time is always a good time for the people of God to assess and evaluate our gospel effectiveness. If we can make changes to become more effective, we should change. But it is possible that a faithful church won’t always be a growing church. After all, some plant and some water, but God determines the increase (1 Cor. 3:5-7).

Tell. Jesus has set before us the task of telling people about him. We can’t control how many respond to what we tell them, but we can control our faithfulness to keep telling the story (Matt. 24:14; Rom. 10:14-17).

Plant. Declining denominational numbers would be so much worse if not for men and women taking leaps of faith to start new churches, bringing new people to faith in Christ. And without the herculean efforts of church planting agencies like the SBC’s Send Network and the AG’s Church Multiplication Network, there likely wouldn’t be any signs of hope in our annual domestic denominational statistics.

Regardless of the trends, our best hope is to keep doing what Paul taught us, starting churches where the name of Christ is not yet known (Rom 15:20). Plant, water, be faithful and let God bring the growth.