Perhaps the culture's aversion to the Christian sexual ethic is actually a rejection of its source.
Gabriella Siefert 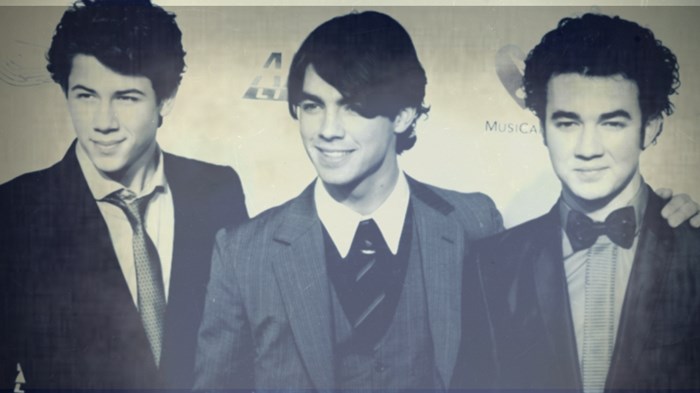 Women across the country are celebrating the news: the Jonas Brothers are back together. Their latest album—which came out on June 7th—was preceded by the release of the trio’s Amazon documentary, “Chasing Happiness.” The film tells the story of the band’s ascent to stardom as they quickly went from playing in malls and at school assemblies to packing the house at Madison Square Garden.

The documentary captures a moving testimony. Viewers witness Nick, Joe, and Kevin experience a dynamic range of highs and lows as they relive their rise to fame and explore its impact on their lives as men today.

At a particularly vulnerable moment, the three open up about consequences born on their careers due to the impact of some rings they wore on their fingers in the early days.

A symbol of sexual abstinence in Christian communities, most associate purity rings with a person’s decision to save sex for marriage.

But from the moment these three clean-cut pastor’s kids stepped on their first Disney stage, it was clear the media could not wait to pounce.

As Nick later came to realize, the rings quickly became “a defining factor of who [they] were as a band.” The brothers, from an early age, were well aware of the mockery being made of them across the country.

Russell Brand, as quoted in “Chasing Happiness” once publicly referred to the group as “God’s favorite virgins.” On her show “Chelsea Lately,” Chelsea Handler joked about the boys’ need for a six-bedroom home asking:, “Why do three virgins need six bedrooms?”

As if that wasn’t enough for three teenage boys to stomach, the makers of “South Park” later dedicated an entire episode to the notion that the Jonas Brothers were somehow using Christianity and its association with sexual purity to sell music to kids.

Fast forward a decade later, and national media attitudes towards sexual abstinence haven’t changed much. Colton Underwood, ABC’s most recent “Bachelor,” also became the butt of many a joke after opening up about his own virginity. The network—especially the female contestants—couldn’t resist any opportunities to make digs on Colton’s virgin status. It got so bad that former “Bachelor” star Astrid Loch even argued, “If I had $1 for every time Colton’s virginity was mentioned I wouldn’t have to do ads.”

It doesn’t take much reading between the lines to see that the media—from the early Jonas days and onward—seems to have taken real issue with the notion of sexual purity.

For Christians compelled by a biblical sexual ethic—that is, believers who strive for pure hearts, minds, and bodies but trust in God’s grace on the (many) occasions when things go wrong—there’s a lot to unpack here.

Some of us have already felt this tension in our own personal lives. We’ve noticed the ways friends, co-workers, and even family members look at us with wide, troubled eyes when they catch wind of our commitment to honor God with our bodies. We may not have had our romantic lives spread across the front pages of Cosmopolitan, People, and the like, but we know what it’s like to be questioned, teased, or mocked as a result of our sexual inexperience.

And for many, this has been a hurtful experience. Being misunderstood always is.

But many of us would still like to know the truth: What is really at the heart of our culture’s rejection of sexual purity?

There seem to be several ways to answer this question; realistically, there’s more than one contributor at the crux of any one person’s objection.

Many reject the notion that one’s innate desires could ever be wrong in the first place. Saying “no” to the body's whims and wishes might look to some like an attempt to go against nature; hence, they prefer to explore rather than “silence” a longing for sex.

Others find this whole ‘innocence’ routine completely unattractive. Sexual inexperience, through this lens, isn’t something to value but something to quickly get past. Nick Jonas himself in several interviews spoke of his life after sex claiming, “Now I’m happy, I’m a man, and I do what men do.”

Real men (and women, even) by this standard aren’t waiting around to be old enough, or in love enough, or married enough to have sex. They’re doing it outside of the realm of Scripture’s teachings because of a secular culture that threatens to shame them should they say no.

But perhaps there’s another angle here. In all the commentary directed towards Underwood, the Jonas Brothers, and others like them who have at one point or another confessed virginity, there appears to be a common thread.

The attacks weren’t friendly. In many cases, they were actually quite personal—almost as if Russell, Chelsea, and others like them harbored grievances against something more than just a handful of teen heartthrobs.

It seems that perhaps our culture is rejecting the notion of sexual purity because they’ve rejected its source: the church itself.

People have rejected the church and Scripture’s teachings for many reasons. Some find it fanciful. Others think it’s wise but perhaps not entirely true. Many more still reject it because they’ve rejected organized religion altogether.

But then, there are also those who’ve been hurt by the church—especially its teachings on purity—and feel judged or rejected for one reason or another. These individuals especially deserve our care and empathy.

Regardless of any one person’s reasoning, it is clear that our culture as a whole isn’t on board with Biblical sexuality and will not be for the foreseeable future. We cannot prevent being exposed to people’s jokes or veiled criticisms here and there—but, we can hope to create for ourselves a better framework for engaging with our culture on this topic.

It seems that one of the most powerful innate desire we humans have is for belonging. No one—neither a kid on the playground nor a ground adult in a work environment—wants to feel like they’re out on the fringe.

Many believers feel this way too and have for centuries. We live in a world that’s rejecting something (many things, in fact) that we hold dear and it’s hard feeling at home here amidst this growing tension.

But perhaps our discomfort only grows when we try to create harmony between church and culture where there isn’t any.

The truth is: God’s will for human sexuality is uncomfortable. It is inconvenient. And it most certainly isn’t what our culture will favor at the present moment or in the future.

For believers caught in the in-between, some thoughts from the Apostle Paul: “Do not conform to the pattern of this world but be transformed by the renewing of your mind” (Romans 12:2).

Our minds won’t be renewed by heeding the advice of Hollywood or its followers on matters of sexuality. As a matter of fact, feel free to tune all that out. Instead, be at peace knowing that cultural engagement on this topic (and many others) was never meant to be comfy or easy. We were never supposed to feel affirmed by this world for the choices we make with our bodies.

When we come to terms with this, we will, in the words of Russell Moore, “hardly be ‘normal ’” but, then again, “we should have never tried to be.”

Gabriella Siefert serves as an Editorial Assistant for The Exchange. She is a recent graduate of Wheaton College where she studied Political Science, Spanish, and Biblical and Theological Studies. Outside of her work as a writer and communicator, Gabriella enjoys volunteering with Juvenile Justice Ministry.

The Jonas Brothers, “The Bachelor,” and Our ...