“There are a lot of people in the church who are trying so hard, but if we don't understand grace, we can't give what we don't have.”
Ed Stetzer 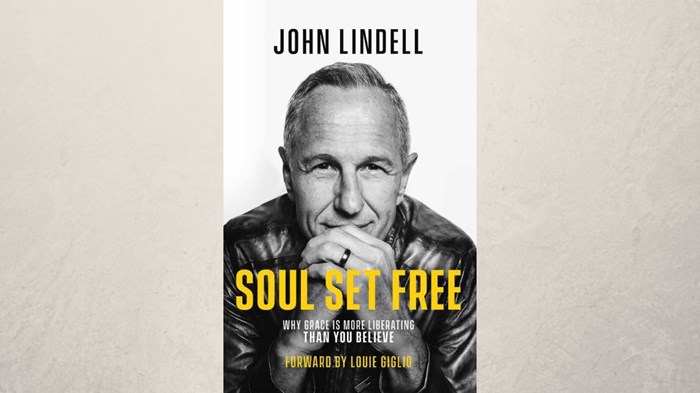 Image: Charisma House/Canva
For the past 27 years, John Lindell and his wife Debbie have served as lead pastors of James River Church. I’ve had the priviliedge of preaching there a few times and, to be honest, it is one of my favorite places to preach. (I’ve written about my time there in two prior articles, here and here.) It’s a dynamic, life-filled multisite church located in Springfield, Missouri. Below, I talk to John about his new book, Soul Set Free.

Ed: How did your own experience with God’s grace lead you to write Soul Set Free?

John: I'm a very disciplined and competitive person by nature. When you are that way, you have a tendency to do all of life that way. That was true in the way I was walking with Christ. Couple that with the fact that I was saved in a church that has roots in the Holiness movement, so there was a strong emphasis on doing things: reading your Bible, praying, going to church, do these certain things and don't do these other things.

When a person understands grace by more than just definition, but truly understands not only what God did but why he did it and how it works, it is very liberating. It was that way for me, a very life changing journey, and so my prayer for this book is that people would experience that freeing of their soul and the liberty that God intends.

Ed: You talk about the story of the prodigal son, but it's not just about the prodigal son; there was another son who was not a prodigal, and he stayed home. He kept the rules, was decent and honorable. Yet didn’t he also need to learn something about grace?

John: That older brother didn't understand grace and his need of grace. There are a lot of people in the church who are trying so hard, but if we don't understand grace, we can't give what we don't have. There are many Christians who struggle to give grace to those who don't know Christ or to those who are far from Christ, because you cannot give what you don’t already possess.

In their situation, since they don't understand grace in the way that God intended it, they themselves are living under a measure of condemnation – not from God, but from themselves and the enemy.

Grace correctly understood reminds us all not with a whisper but with a shout that there will never be any condemnation for the Christian, and that's a hard thing for us to wrap our mind around.

John: In Romans 7, Paul gives one of the most profound analyses of sin in all of Scripture. It gives us insight into the psychology of sin, the nature of sin, and how sin interacts with God's law, whether it's the law written on our hearts or the law written in the Bible.

Sin seizes the law, literally sets up a base of operations in our lives at the point of the law, and then it works from there to tempt and deceive. A part of the good news of the Gospel is that we died to sin (that doesn’t mean sin is dead!) and the demands of the law that were satisfied through Christ’s death. He died to the law.

So the law no longer has any jurisdiction over us. In the last half of Romans 7, Paul is showing us how futile it is for a person to try to serve God through the law. It is frustrating and it doesn't work.

Ed: You say every time the altar call is given, some people feel that they need to pray the prayer again just to make sure they are saved. Talk about that.

John: When people don’t understand justification by faith, they don’t understand the comprehensive nature and scale of God’s forgiveness. At the cross God forgave all of our sins; past sins, present sins and future sins.

Some people struggle with that thought, but we have to remember that at the cross, God laid on Jesus all of our sin and punished him righteously for our sin. So, when we come to Christ and put our faith in him, our sins are forgiven past, present, and future. Not only are they washed away, but our sin record is expunged.

Additionally, at the moment of our salvation not only are our sins removed, but we are clothed in his righteousness and we have right standing with God. That's the basis for our relationship with God and reason for the freedom that we have in Christ.