Christ's message of love, forgiveness, peace and justice is too compelling to resist.
Joseph D’Souza 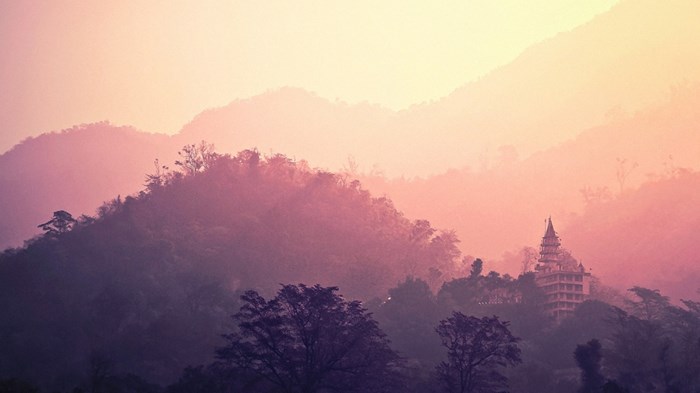 When Prime Minister Modi and his cabinet assembled on May 30 to take their oath of office, nobody expected that a relatively unknown minister sworn in at the end of the ceremony would steal the show.

Applause broke from the audience when Pratap Sarangi walked onto the stage. Earlier that day, a picture of him leaving the austere hut where he lives went viral, drawing praise for his modest lifestyle.

But Sarangi’s spot in the limelight also resurfaced a controversial issue in India: religious conversions.

Sarangi was the leader of Bajrang Dal, an extremist Hindu militant organization that was accused of the 1999 murders of Australian missionary Graham Staines and his two sons in Odisha.

An official investigation didn’t cast blame on any particular group, and although over a dozen people were convicted and given life sentences, all but one were eventually released. Dara Singh, who presumably led the mob who attacked the Staines, was sentenced to death but had his sentence commuted to life in prison.

Sarangi has denied involvement in the crime and distanced himself from Singh, whom he says was not part of Bajrang Dal. But he has not shied from accusing Christians of converting Indians by force or fraudulent methods, most recently characterizing conversions as asking for sex in exchange for a favor.

Since 1999, attacks against Christians in India have sharply increased, particularly in the north. Last year, Open Doors, which ranks global levels of persecution, included India for the first time ever in the top 10 nations where Christians are persecuted.

As was the case with the murder of the Staines, much of the violence is incited by extremists who, for decades, have spread the propaganda preached by Sarangi that Christians convert people by offering humanitarian aid or by using threats of physical force.

This propaganda is behind anti-conversion laws in several states across India. The laws are purportedly aimed at protecting vulnerable people from false conversions but practically designed to curtail religious freedom to Christians and other minorities.

Lost in this narrative is the reality that those who spread these accusations do not understand how Christian conversions actually work. They also conveniently ignore the stories of eminent Indians who have decided to follow Jesus exclusively and out of personal conviction.

Pandita Ramabai, a highly revered figure in the history of women’s emancipation in India, is one such example. Born into an upper-caste family, she was extremely gifted with languages, becoming the first Hindu woman to be recognized as a scholar of Sanskrit and single-handedly translating the Bible into her mother tongue Marathi, a language spoken by over 80 million people. Her advocacy for women’s right to education was recognized in a commemorative stamp in 1989.

Narayan Vaman Tilak, a gifted poet who also spoke Marathi, also had a spiritual encounter with Jesus that led him and eventually his wife to believe in Jesus’ gospel. He was a relative of Bal Gangadhar Tilak, one of the fathers of India’s independence. An established poet of his time, Narayan worked on developing an indigenous expression of the Christian faith.

Scholars believe even Jotiba Phule, pioneer of the movement to abolish untouchability and cofounder with his wife of the first Indian-run school for women, possibly had some faith in Jesus.

This is because of his writings on the “Baliraja” — the mythical king who sacrificed himself for the sake of his people. He called Jesus the Baliraja II. It’s also evident Phule was moved by the Bible’s message of liberation for the oppressed, who in India’s context are all those oppressed by the caste system. He criticized the British government for removing the study of the Bible in schools.

Phule influenced B.R. Ambedkar, the architect of the Indian Constitution and arch nemesis of untouchability against Dalits. In fact, it’s because of Ambedkar’s constitution that all Indians can enjoy the freedom of speech and religion, including the right to propagate one’s faith.

To this day, many Indians consider Ambedkar the father of religious freedom, as he converted to Buddhism before affirmative action benefits were accorded to Dalit converts.

The legacy of colonialism has understandably left a bad taste in the mouth of many Indians. The British, like other colonizers, at times tried to impose their religious beliefs, though a general glance at history clearly shows they were far more interested in exploiting India economically than spreading a religion. But to assume Indian Christians follow a foreign religion would be incorrect and ahistorical.

Christians have lived in India for over 2,000 years, way before the British reached our shores. According to church tradition, the Apostle Thomas carried the gospel to South India around the mid-1st century AD, where it’s believed he was later martyred and buried.

Today’s Indian Christians trace their history back to Thomas and see themselves as native to India as any other religious groups. There is no contradiction between following Jesus and loving one’s country. In fact, the New Testament commands Christians to be good, peaceful and law-abiding citizens, who seek the good of their communities.

But beyond having native ties to India, Christians understand they cannot convert people, even if they tried. The New Testament is clear on this: people follow Jesus by personal choice and often because of profound spiritual encounters. “The wind blows wherever it pleases. You hear its sound, but you cannot tell where it comes from or where it is going. So it is with everyone born of the Spirit,” Jesus once said, explaining how conversion — or spiritual birth — is the work of God.

We do not call the shots here; Christians cannot force people to encounter Jesus, neither can they force them not to encounter him.

Additionally, this type of conversion is not simply a change in a person’s social religious identification. As Anand Mahadevan, a prominent Indian journalist who was born into a Brahmin family and turned to Jesus, wrote, “My conversion was not a change of religion; it was a change of heart.” People willfully follow Jesus because in him they find a compelling message of love, forgiveness, peace and justice that transforms them internally.

As Prime Minister Modi and his cabinet take the reins of a new government, they must prioritize protecting the constitutional rights of all citizens. Local governments, too, must find ways to counter propaganda spread against Christians and hold accountable those who perpetrate hate crimes against religious minorities.

But most importantly, Indians need to realize there is no reason to fear their countrymen who follow Jesus Christ. They certainly need not fear Christians will try to make India a Christian nation. Jesus did not call his followers to create a Christian state. That’s not what the Kingdom of God is about. Jesus called them to live just and righteous lives in the reality of his resurrection and the hope of his return. And even while they may be a minority, he called them to be a force for good — or as the New Testament says, salt and light — in the world and in the nation they live in.

Most Rev. Joseph D’Souza is a Christian theologian, author and human and civil rights activist. He is the founder of Dignity Freedom Network, an organization that advocates for and delivers humanitarian aid to the marginalized and outcastes of South Asia. He is archbishop of the Anglican Good Shepherd Church of India and serves as the president of the All India Christian Council.