Many young Christians clearly hold a negative view of evangelism. But why?
Rick Richardson 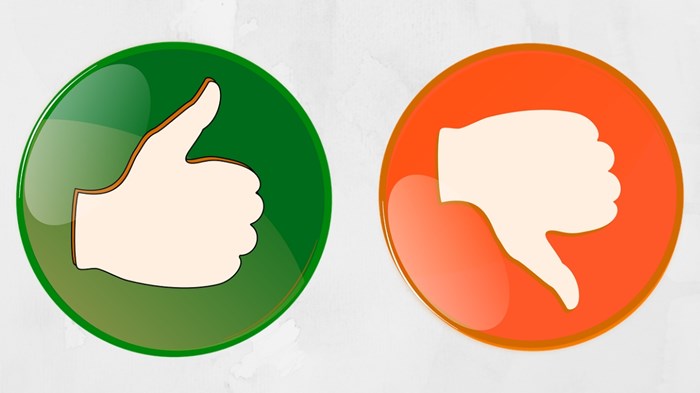 There is something about a good statistic that can capture our attention and ignite debate. Seemingly more than an opinion or an anecdote, it tells us something concrete about the way our world is and how our experience of our world relates to broad trends outside of our narrow slice.

So it’s not surprising that a new statistic is making the rounds on social media and in church board rooms across the United States. A new research study out of Barna found that “47% of Millennial practicing Christians think it is wrong to share one’s beliefs with a person of another faith in hopes that the person will come to share one’s beliefs.”

While the first stat is garnering the majority of the headlines, the combined message is that many young Christians hold a clearly negative view of evangelism.

Yet with this statistic—like every startling number that reinforces a bias or stirs up controversy—we need to look beyond the number to consider the causes and our reactions. Barna has given the church a much-needed wake-up call to the state of evangelism in the church, particularly among its younger adults. However, it is up to us to interpret what this means and to chart a pathway forward to greater gospel effectiveness.

Millennial attitudes toward evangelism are complex

While many of the articles responding to the Barna study focused on the 47 percent, it is crucial to note that other findings in the same study seem to contradict or at minimum offer a more complex picture of millennial evangelism. Delving deeper into the study, three statistics jump out that should give academics, pastors, and everyday Christians pause in jumping to a conclusion.

1 – Millennial practicing Christians feel as strongly as other generations that being a witness is part of faith, at a rate of 96 percent.

2 - Millennial practicing Christians feel just about as strongly that the best thing that could ever happen to others is to come to know Jesus, at a rate of 94 percent.

This data is hard to reconcile to the dire narrative on the future of evangelism. At a bare minimum, these three statistics tell us that young believers are not against sharing their faith. Rather, they recognize the underlying principle behind evangelism that the highest good for others is for them to come to saving faith in Jesus and see this goal as deeply connected to the practice of their own faith.

Millennial definitions of evangelism are complex

So what are we to make of this seemingly contradictory data? Are young Christians out on evangelism? Again, looking deeper into the data paints a more complex picture.

To start, when we look at the questions on evangelism we should begin by asking what a study means by the term evangelism. Behind the Barna study is the reality that definitions and images of evangelism, particularly among young Christians, are more diverse than ever. Thus, when we ask “Is it wrong to evangelize?” we are inevitably inviting respondents to bring their own definitions to the table.

Let me try to unpack this a little by outlining four possible definitions the 47 percent of practicing Millennial Christians might have been using when they responded to Barna and why this should impact how we read the study.

First, “it is wrong to evangelize those of a different faith” (e.g. Judaism, Hinduism, Buddhism, Islam). I have also talked to Protestants who think Catholics practice a different faith, and vice versa. This reticence toward people of other faiths may imply a more contested engagement of differing beliefs that goes against an underlying commitment to religious pluralism. In the minds of Millennials, trying to “convert” committed Buddhists might be different than trying to “convert” the irreligious.

Second, “it is wrong to evangelize with the goal of conversion.” This may be due to the negative connotations in larger society—and especially among Millennials—that explicit attempts at conversion are improper at best and immoral at worst. If there is significant cultural baggage around the term “evangelism,” it is accompanied by similar baggage around the idea of “converting others.”

Third, “it is wrong to evangelize in order to influence the thinking/beliefs of others.” Such overt actions towards shaping the beliefs about faith and morality may be experienced by others as judgmental or domineering. And here is a key insight: if practicing Millennial Christians would feel judged or rejected by others trying to change their Christian beliefs, they don't want to communicate that same kind of rejection and judgment to people with non-Christian beliefs.

Fourth, “it is wrong to share your personal story of faith in a way that implies your story needs to influence their story.” For some, faith is far too personal to be shared with the intent that others would follow your example.

While many may take issue with the first and second approaches to evangelism, the same Millennial Christians may be much more responsive to the third or the fourth because they emphasize relationship, influence, and personal stories.

This Barna report is a boon for the church. It not only gives us a starting point for important conversations about the spiritual lives and questions of Millennial Christians, but it should also serve as a wake-up call for evangelicals, including Millennials, to reclaim the practice of evangelism.

We must be innovative, relational, ethical, and passionate in our witness to a lost and broken world. As I discuss in my upcoming book, You Found Me, we do the church and ourselves a disservice by only focusing on the negative rather than using these points of reckoning as calls to urgency and accountability.

This is in part why we are hosting the inaugural Mission and Ministry Conference. On April 23-24 at Wheaton College, a group of scholars, including David Kinnaman, President of Barna Research, will gather to present their research on emerging adults. In the meantime, we must continue to press into how Christian leaders can respond to this wake-up call to evangelism.

Rick Richardson is evangelism fellow at the Billy Graham Center for Evangelism, Professor of Intercultural Studies at Wheaton College, and Director of the M.A. in Evangelism and Leadership and the M.A. in Missional Church Movements programs. Rick consults widely with churches on evangelism, healing and reconciliation for the emerging generation and on contemporary missional churches and missional movements.