There is legitimate reason to caution against a universal plea toward blind reproduction.
Jeff Christopherson 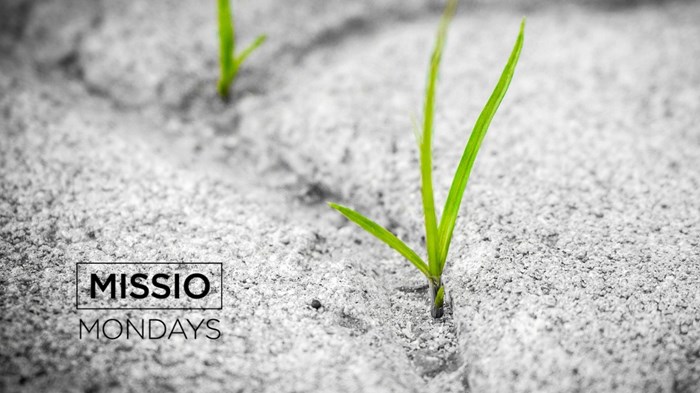 There is a growing awakening to the need of a multiplying church movement within North America, as the best—and likely only—means to bring the gospel within proximity to those who desperately long for good news.

As an advocate of this for many years, both as a church planter and as a pastor of a multiplying church, I am in complete agreement with this idea. I cannot envision a future where the gospel is accessible to all without the permeation of community after community with an Acts-esque behaving church.

But I would caution against a universal plea toward blind reproduction. In the clarion call to church planting, I have observed the launching of new congregations that have not necessarily been, from my limited perspective, a kingdom win.

There are some church ideas that, when are reproduced, actually seem to become more of a missionary liability than a gospel-engaging asset. Let me suggest five churches that, for the sake of the kingdom, should never be reproduced or exported. Please.

1. The Covetous Church: Those whose growth strategies comes at the expense of other churches. When a church planter’s sole idea is to gather the already evangelized in order to acquire critical mass (translation: a salary) and then theoretically execute a plan for the evangelization of his community, that planter is both imprudent and unrealistic.

Although the darkness emanating from the school of church growth has reduced a covenantal commitment to community into a transactional commodity within a free market religious economy, this is not a culture to be perpetuated.

Just because I can sustain a burst of grandeur to launch doesn’t mean my launch should come at the expense of existing churches. Covetous marketing schemes aimed to create a sense of dissatisfaction of believers in their current congregations and designed to lure them to the new and improved brand is an imprudent strategy that has no kingdom advantage.

It is also unrealistic to expect that after shaking loose a gymnasium full of the already churched, that I will be able to turn this group into a harvesting machine. Most have already been convinced that evangelism is either impossible or not their responsibility—and few have meaningful relationships outside of the sacred subculture.

2. The Derelict Church: Those which execute no plan for disciple-making. Considering that the prime directive of Jesus’ church is to make disciple-makers, it seems strange that we have to discuss this point. But as long as listening to a weekly sermon checks the box for a church fulfilling her commission of disciple-making, we seem to have still missed the point.

For those whose imagination for church is a polished, relevant, well-attended worship service, you might want to consider something other than church planting. Your efforts, although on the surface appear laudable, actually diminish the gospel impact within a city. Twelve convinced and convicted disciple-makers will outstrip the kingdom impact of 1200 voracious consumers.There’s a pretty good chance that Jesus’ ancient plan will not be improved upon by my platform performance.

3. The Reckless Church: Those with an essentially unaccountable leadership. If recent history has taught us anything, it should be that attending a church with a leadership accountability structure without teeth is a dangerous place to be. The unaccountable CEO pastor has advantages that are only for the CEO—and those are all short-term. And the disadvantages seem to eventually make the front page.

But while the spectacular headlines describing the fall of a clerical king grabs our attention for a few days, its actually unaccountable church planters scattered across North America that end up doing the most profound personal damage.

These are known people in communities, not shrouded superstars with carefully coiffed images. And every church planter, just like any other human being, has issues of character that require the love of an accountable community. Our lowest point of character will always be our highest point of capacity—and in manty cases, our undoing.

Twelve convinced and convicted disciple-makers will outstrip the kingdom impact of 1200 voracious consumers.

4. The Self-Indulgent Church: Those which value ecclesial praxis over missional engagement. There is a growing (and troubling) school of thought that has resurfaced in North America and is now leaking into nations once considered the mission field with devastating consequences.

With bold conviction, this view prescribes a universal polity and practice that is often enforced with pharisaical fanaticism to secure the designation of an orthodox ecclesiology. With a pre-templated ecclesial praxis set as primary, the work of missional engagement becomes an ill-fated assignment with usually little harvest fruit to display.

Platitudes of “gospel faithfulness” are often used to both excuse the lack of missionary effectiveness and re-substantiate our clerical preferences.

Perhaps it’s time to change our perspective on our ecclesiology. Start with kingdom thinking:What is the King’s assignment for his people? Then move to missional engagement: How should we bring good news to this specific community? Finally, fashion biblical community: What does a disciple-making community look like within this context?

The self-indulgent practices of ecclesial preferences over our kingdom assignment has not created an effective missiology in most cases, and certainly has not contributed to a missional spirit of kingdom collaboration within a city. Which leads us to our final church not to reproduce…

5. The Narcissistic Church: Those which devalue the kingdom contribution of existing churches. It has been heartbreaking for me to listen to church planters repeatedly declare that in their city there are no gospel-centered churches. I understand that the appeal is designed to solicit financial support for their courageous and audacious mission into utter darkness, but the attitude behind the words is deeply troubling.

From the very outset, the planter takes on a Messiah complex that negates the kingdom value of all who preceded him and declares himself to be the gospel answer to a city. This is a problem.

Where does thinking like this come from? Likely from those who he or she has watched, read, admired, and now is emulating. Leaders of churches, both large and small, who insist that their teaching and ministry is the best example of gospel faithfulness. Any sort of kingdom collaboration is seen as watering down the purity of that which has been carefully fostered.

In this hubris, the competition becomes a rivalry against the lesser assemblies and the eternal welfare of the multitudes that surround their safe sanctuaries seems to be a distant afterthought. Quarantined in a self-prescribed isolation, the narcissistic church asserts that they are the best answer to life’s problems, all while a city longingly waits for Jesus.

North America desperately needs a proliferation of gospel-declaring new churches that humbly link arms together in order to point to the author of their salvation; but it does not need every church reproduced.