Religious pluralism has provided space for the Gospel to be heard.
Jeff Christopherson 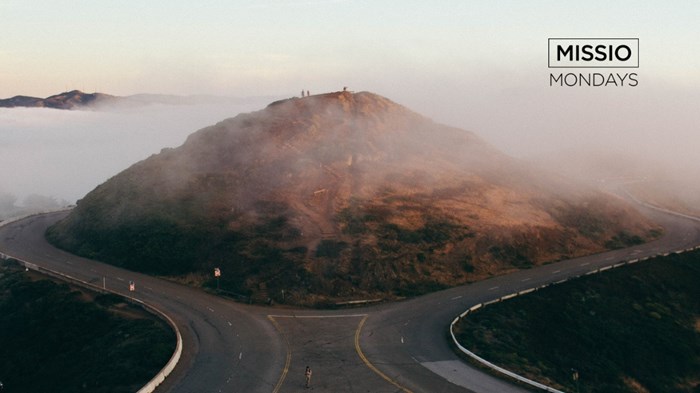 Things aren’t always as they appear. The rose-colored glasses with which we look at our religious past often artificially and inappropriately distorts our perspective on our future. As the great philosopher Billy Joel once quipped, “The good ol’ days weren’t always good, and tomorrow ain’t as bad as it seems.”[1] Our fears of tomorrow often stem from a longing to retreat back to the familiar – even if that familiarity is toxic.

So, let’s briefly retrace our disorienting past steps that have led us to our new norm, and then project a likely future. Consider these five points of reference:

Let’s start by understanding terms. Often these three words are used interchangeably, but they actually transmit entirely different ideas. Charles Taylor[2] helped clarify the distinctions which have a profound effect on mission.

Secular. Simply the opposite of sacred, “secular” is a concept that comes from history – not Scripture – with devastating consequences to mission. Absent of sacred credentials, a devout follower of Christ seeing his “secular” workplace as his parish for mission is often diminished as an inferior spiritual vocation. This is a theological problem.

Secularism. This is when public spaces are emptied of the transcendent. This term moves ‘secular’ from a descriptive adjective to an active verb with the aim to bring society into compliance as a nonreligious neutrality.

Secularity. This is a description of the failure of secularism to remove the transcendent, and instead has created the conditions in which atheism becomes another menu alternative for belief. Secularity opened the door to demonstrate the superiority of belief, instead of closing the door to belief as many who promoted the experiment of secularism had intended.

2. Religious Pluralism as an Insult to Secularism

Instead of creating a vacuum for nonreligious neutrality, the ideals of secularism actually created a culture of religious pluralism where positions are forces to compete in a spiritual free market economy. Atheism now has to stand on its own as a competing belief – and it has become an uninteresting religious order with little compelling virtue to entice new followers.

So, what about “the rise of the nones?” Why are we seeing a greater percentage of the population in North America reporting no religious affiliation?

3. The Rise of the “Nones” and the Death of the Squishy Middle

The push of secularism which created the conditions for secularity ushered in an environment where it has become culturally acceptable to own your skepticism. In a previous era, nominal “Christians” showed up at church on Christmas and Easter for a variety of motives – but personal faith in a resurrected Christ was normally not one of them. Today, the institutional pressures that once coerced a claim on religious espousal no longer exist; people are free to assert the reality of their nonreligious conviction.

The rising “nones” might better be understood as a more accurate recalibration of the religious landscape than that of a move away from genuine faith – which brings the church to our existential watershed moment.

4. The End of Nominalism and the Choice facing Believers

The task of the church has always been to carry out the simple yet all-obligating mission of Jesus – not to invent its own. A church culture designed to compete for the attendance of its adherents was forced to create a mission which usually emphasized values such as “excellence” or “creativity” calculated to appeal to the fickle tastes of the consumer. The cost of discipleship[3] was reduced to passive attendance, and discipleship itself was often redacted to churchmanship. The idea of “following Jesus” became a quaint anachronistic sentiment because we crafted an ecclesiology that wasn’t really going anywhere.

However, in the free marketplace of beliefs, pluralism lends no advantage to religious group by pedigree or association. Secularity makes no room for nominalism and it ushers in the choice that has always faced the church: We are either for him or we are against him. We are never undecided. The squishy middle of a mythical grey kingdom belies the reality that we have always only had a binary choice – it is light, or it is darkness.[4] And just like the days of Elijah calling down fire on a saturated alter[5], the superiority of Christ against his rivals will be observed in direct correlation to our obedience to the Light of the World[6].

5. The Power of Light Untouched by Light Pollution

Ultimately, those concerned with the problem of creeping darkness in North America have only one solution, and it isn’t political. Political answers to spiritual problems only exacerbates the muddled light pollution that clouds the answer’s Source and confuses those who are honestly seeking light. In fact, the problem of darkness is not even darkness itself. Darkness, by nature, does only that what darkness can do. The problem of darkness is actually the light, or the lack thereof. When the very people assigned to reflect Christ’s light in a dark world[7] trade in their commission in order to fruitlessly battle darkness with darkness, how great of a foothold that darkness must have.[8]

So, how does secularity serve to advance the gospel of the kingdom? Religious pluralism seems to have changed the question that those trapped in darkness are now asking. Gone are the days of people searching for objective truth. Pluralism has personalized the quest to “this is my truth” – what is “your truth?” While many evangelicals are quick to ridicule this new language as a sin-filled example of living in a post-Christian era, for those who have ears to hear, they should hear. People are searching for a truth that works. They’re looking in the darkness for a light that actually illuminates, not a claim to the status of light that only reflects more darkness.

[3]Dietrich Bonhoeffer, The Cost of Discipleship

[4]I wrote a book on this called, Kingdom Matrix – expanded version here